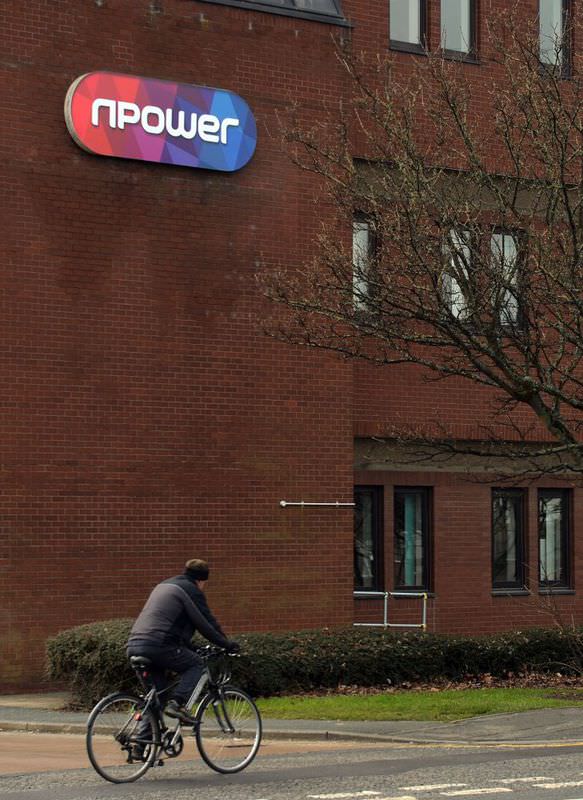 Npower, which is owned by German group RWE, said it is cutting 2,400 jobs, a fifth of its workforce, after losing hundreds of thousands of customers and reporting poor financial results

German power giant RWE confirmed Tuesday its forecast for a further decline in profits this year, as Germany's transition away from conventional power sources continues to squeeze profit margins as well as the announced overhaul of the group's British operations. The group's British unit RWE npower announced separately it would axe 2,400 jobs after posting an annual loss on fierce competition and sliding sales. Npower, which employs a total workforce of 11,500, said it suffered an "extremely disappointing" performance and would shed "around" 2,400 jobs by 2018 in a new cost-cutting drive.

"The company is planning new steps to increase its operating effectiveness, focusing on conventional power generation and the United Kingdom's supply business, which it intends to comprehensively restructure," RWE said in a statement.

It did not reveal the exact details of the overhaul, but said "measures to restructure the U.K. supply business have begun, and RWE expects further burdens in this area in 2016."

RWE, with its sprawling portfolio of coal-fired power plants all across Europe, is feeling the pinch from the collapse in wholesale electricity prices and increased competition from suppliers of energy from renewable sources. Power utilities have complained that the cost of having to close down their nuclear power plants and the heavy subsidies afforded to renewable energy have pushed them deeply into the red. RWE has been repeatedly compelled to write-down the value of its coal-fired plants and took a 2.1-billion-euro charge again last year.

"One principal reason is the price-induced decline in margins in conventional power generation, which efficiency-enhancement measures will only partly offset," RWE said. "Despite the difficult economic environment, both net debt and headcount are expected to remain constant at a group level," it added. In December, RWE announced plans to spin off its renewables, grids and retail operations and take the unit public. Bigger rival E.ON is similarly splitting its conventional and renewable energies operations into separate entities.

Npower has seen its share of Britain's competitive domestic energy market crumble amid rising customer dissatisfaction. In December it was fined 26 million pounds ($37 million) by the U.K. energy regulator for providing poor service to customers. Chief Executive Paul Coffey said the company was starting a two-year process to reverse "extremely disappointing" results, accoding to AP. Dave Prentis of the Unison union said workers were paying the price for "poor decision-making at the very top."
RELATED TOPICS