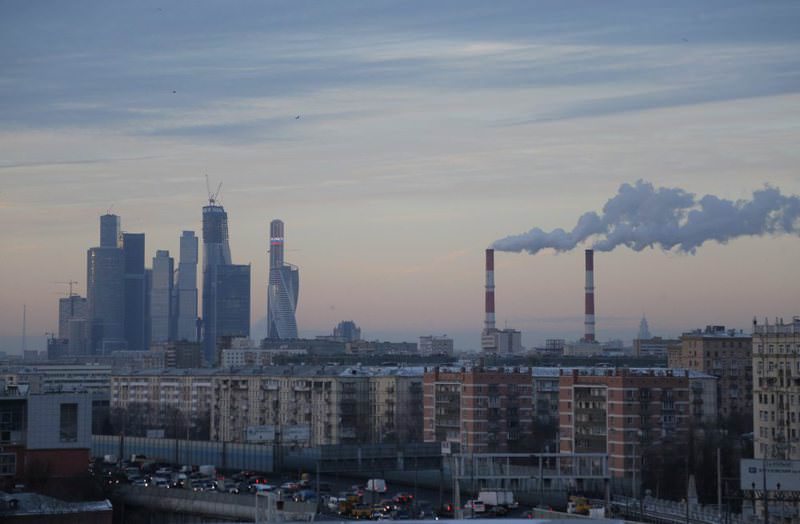 Russia will export more oil to Europe in April than it has in any month since 2013 - despite Moscow's plan to sign a global agreement on freezing production in a bid to lift the price of crude. The fact Russian exports are rising illustrates how hard it will be to enforce the deal, due to be finalised on April 17 in Qatar, and shows the potential for countries to use loopholes to keep exporting crude, blunting the intended impact on prices. Russia can raise exports while keeping production flat by re-routing some oil away from refineries and into exports. Moscow says the freeze covers production, not sales abroad.

The International Energy Agency said on Wednesday the deal may be meaningless. Iran and Libya have said they will not participate, at least for now, and they plan to raise production.

Nigeria, the top oil producer in Africa, has said it expects oil exporters to agree a supply freeze in Doha next month but that it plans to boost its own output.

The increase in Russian exports is mainly because of planned maintenance at refineries that reduced their capacity to process crude. It also reflects Russia's economic slump, which has reduced domestic demand for refined products.

But another factor, according to one trader, is a desire by Russian producers to protect their share of the crude oil market in Europe, where Russia's traditional dominance is under threat from newly arriving Saudi supplies. "Of course, no one said those markets belong to Mother Russia. This is purely commercial trade," said the trader, who spoke on condition of anonymity because he is not authorised to talk to the media. "But a marketplace is a marketplace, no one is going to give it up."

Reports that members of the Organization of the Petroleum Exporting Countries as well as non-OPEC producers were discussing an output freeze have helped lift world oil prices from glut-induced 12-year lows hit in January. Asked what would be covered by the agreement, Russian Energy Minister Alexander Novak told reporters: "The discussion is only about freezing production. And not exports." The high level of Russian oil exports next month was confirmed to Reuters on Wednesday by export pipeline monopoly Transneft.

According to the company, Russia is set to export 7 million tonnes from Baltic Sea ports in April, the largest volume since October 2013. That marks a 9 percent increase on the 6.41 million tonnes planned for export in March.

According to Reuters calculations based on Energy Ministry data, Russia will have as much as 4.3 million tonnes of idle refining capacity next month, more than twice the 1.9 million tonnes unused in March.

Russian refineries traditionally have the largest offline capacity in April, as companies scramble to finish maintenance before consumption of oil products peaks in summer.

This forces producers to divert crude towards exports, because there is nowhere to store the oil that otherwise would have gone to refineries.

When refineries come back on line, the glut in exports could end.

However, not all of the offline capacity is down to maintenance. Some is simply idle because the economics of the oil industry make it more lucrative to export instead.

Oil traders' profit from selling at home and abroad varies depending on demand. According to Reuters calculations, a trader would last month have sold crude with a premium of around 500 roubles ($7.3) per tonne for export compared to a domestic sale.

Russia could, in theory, export even more crude, but that would be limited by infrastructure constraints.

There is almost no spare capacity at the Black Sea port of Novorossiisk, while the Druzhba pipeline, which connects Russia to the northeast corner of the European Union, may take an additional 200,000-400,000 tonnes only, traders say.