Chinese energy firms eager to invest $15B in Turkey 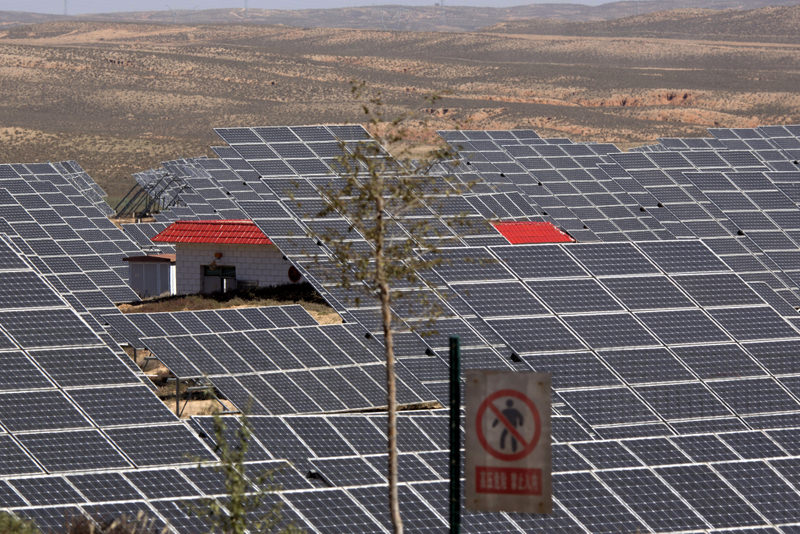 by daily sabah Mar 31, 2016 12:00 am
Investing $1.7 billion in a power plant in Yumurtalık, Chinese firms have also respectively made bids of $2 billion and $10 billion in Turkey's wind and solar power industry sectors and bid also $3 billion for a thermal power plant.

Energy and Natural Resources Minister Berat Albayrak visited China last week in order to establish contacts in the energy sector, particularly nuclear power, and came back with an investment bid worth $15 billion. The bidding company is EMBA Electricity Production Co. Inc., which was established by Turkish businesspeople, but later taken over by Chinese businesspeople who purchased a majority stake.

According to the Star Daily, after meeting with various companies for over a year in order to enter the Turkish market, representatives from China's Shanghai Electric purchased the majority share of EMBA Electricity Production Co. Inc., which was founded by Mete Bilgün, the co-founder of Aytaç Gıda famous for Aytaç sujuks.

Stressing that they signed the partnership agreement in November 2013, EMBA Electricity Production General Director Mete Bülgün said, "The company's first investment was to establish a 1,320 megawatt thermal power plant in Yumurtalık. For energy sector investments totaling $1.7 billion, $800 million worth of equity entered our country from China."

Regarding the ongoing investments, Bülgün added, "Our senior Chinese partner has plans to invest in a wind power plant expected to reach 600 MW. The equity for this investment is nearly $2 billion. We are interested in the coal field in Konya's Karapınar district as well. We have signed a confidentiality agreement with the Electricity Generation Company [EÜAŞ]."

Emphasizing the Energy Specialization Industry Zone, which will be constructed in Karapınar, Bilgün said, "We submitted a letter of goodwill on Jan. 21, 2016, and asked for the whole area. If given to us, we can construct a 3,000 MW solar field worth $10 billion."

Bilgün also stated another one of the company's proposals. "There is a space in Ambarlı where the state owns a natural gas conversion plant. We also placed a bid in order to establish a 2,000 MW thermic power plant there. The investment value of this can reach up to $2.5 billion or even $3 billion," Bilgün said.
RELATED TOPICS