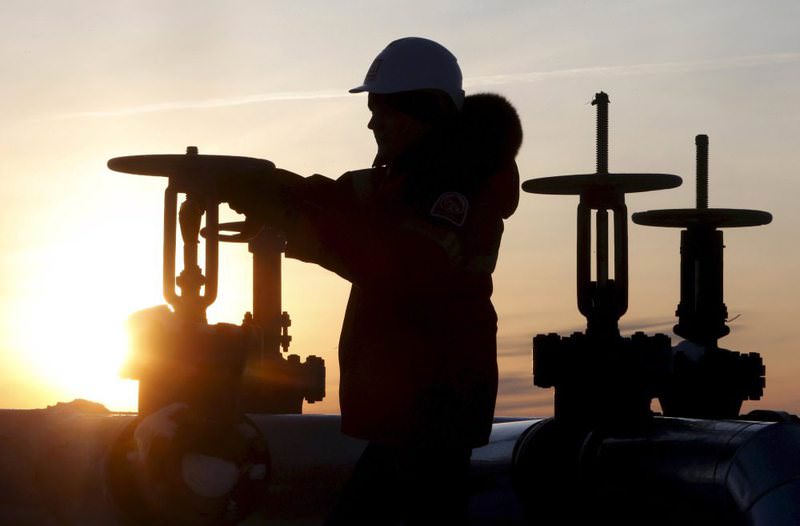 by Apr 05, 2016 12:00 am
Oil prices hit one-month lows as prospects of top exporters agreeing to curb chronic oversupply faded, while other commodities also lost ground as the dollar steadied after Friday's strong U.S. data. Wall Street looked set to open higher, according to index futures , after shares rose sharply in Europe and modest gains in Asia.

Brent crude, the international benchmark, fell as far as $38.18, its lowest since March 4, before recovering to trade up 18 cents at $38.85. Prices have fallen from above $100 a barrel since mid-2014 on a supply glut, troughing at $27.10 in late January. Brent topped $42.50 last month in anticipation of agreement among producers to freeze output. However, last week a Saudi prince reportedly said the kingdom would only freeze output if Iran and other producers did the same. Iranian Oil Minister Bijan Zanganeh was quoted as saying at the weekend that his country would increase production and exports until it reached the position it occupied before sanctions were imposed over its nuclear program. "Prices are coming down because of speculation Saudi Arabia will not join (the freeze deal) and that's probably what we'll see over the next three weeks - more speculation and more verbal intervention," ABN Amro chief energy economist Hans van Cleef said.

Copper prices, which are also sensitive to the value of the dollar, hit a one-month low of $4,778.50 a tonne on the U.S. data and concern about Chinese demand before recovering to $4,805, down 0.6 percent on the day. Gold fell for the second successive day, dropping about 0.6 percent to $1,215 an ounce.

The pan-European FTSEurofirst 300 share index rose 1.1 percent, led higher by defensive stocks such as utilities and healthcare. The index opened lower on a fall in telecoms stocks after the collapse on Friday of tie-up talks between Orange and Bouygues. Britain's FTSE 100 index added 0.8 percent.

Greek stocks, however, fell 1.5 percent after a leaked transcript detailing mooted IMF bailout negotiation tactics renewed worries about the country's finances. WikiLeaks published on Saturday what it said was the transcript of a conference call of three senior IMF officials, discussing tactics to put pressure on Greece, Germany and the EU to reach a deal in April. Greek two-year government bond yields jumped about 2 percentage points to a one-month high of 11.15 percent.

MSCI's broadest index of Asia-Pacific shares outside Japan earlier rose 0.1 percent, although many of its components were not traded due to a holiday in Greater China. Japan's Nikkei fell 0.3 percent, led by a fall in automakers following poor U.S. sales figures. The dollar rose 0.2 percent against a basket of currencies as falling commodity-linked currencies such as the New Zealand and Australian dollars helped the greenback. It edged down to 111.62 yen but gained 0.2 percent to $1.1366 per euro.