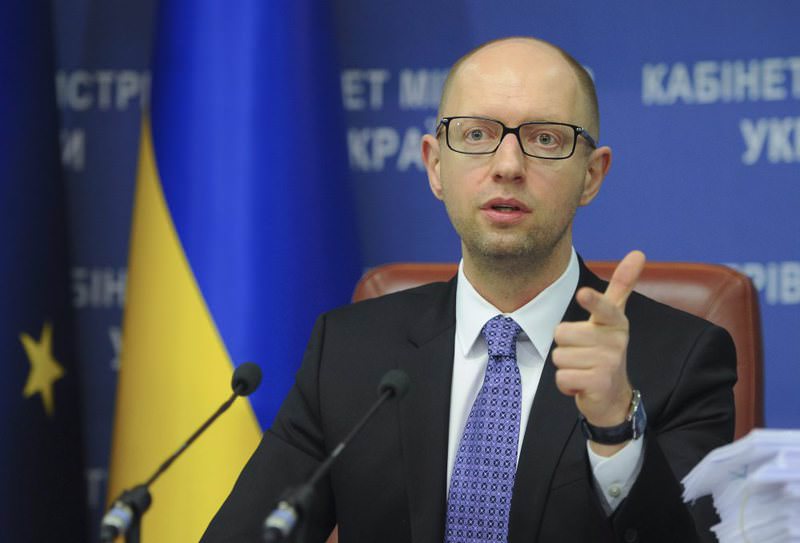 Ukrainian Prime Minister Yatsenyuk said yesterday he intended to introduce a ban on oil product imports from petro-giant Russia as part of Kiev's festering trade war with Moscow.
by Apr 07, 2016 12:00 am

Ukrainian's ban on Russian oil imports further fuels the trade war with Russia with whom trade restriction began following Moscow's annexation of Crimea, which resulted in Western sanction on Russia

Ukrainian Prime Minister Arseniy Yatsenyuk said Wednesday he intended to introduce a ban on oil product imports from petro-giant Russia as part of Kiev's festering trade war with Moscow. The former Soviet republic has put up stiff barriers against goods from Russia in reprisal for its March 2014 annexation of Crimea and alleged support for pro-Moscow separatists who have been waging a two-year war in eastern Ukraine.Moscow has its own wide-ranging trade restrictions against Ukraine that mirror those it imposed on the West in response to punitive sanctions the United States and EU nations slapped on Russian individuals and state-held firms. Yatsenyuk told a government meeting: "We have introduced a number of sanctions against Russia. But for some reason, one of the key elements, the purchase of Russian oil products, did not make this list." He asked the economy minister to "develop a mechanism for banning the purchase of oil products from the aggressor, which Russia is." Kiev and its Western allies accuse Russian forces of fighting alongside insurgents in a conflict that has claimed nearly 9,200 lives, a charge Moscow denies.

The U.S. Energy Information Administration (EIA) estimates that Ukraine consumed around 260,000 barrels of oil per day while producing just 66,000 in 2014. "The remainder was imported mostly from Russia, with smaller volumes originating in Kazakhstan and Azerbaijan," the EIA report says. Yatsenyuk added that he wanted to exclude Russia from proposed legislation eliminating import tariffs on used automobiles.

Relations between the neighbors have been effectively frozen since Ukraine ousted its pro-Russian leadership in a February 2014 pro-EU revolt.

Kiev has since signed an Association Agreement with the European Union that is meant to pull Kiev further out of Moscow's orbit through various trade benefits. Ukraine more than halved its natural gas purchases from Russia while doubling those from EU nations between 2014 and 2015, but the oil import ban planned by Yatsenyuk will likely have a far less dramatic effect.

Energy analyst Gennadiy Ryabtsev noted that Russia in 2015 had already restricted the direct delivery of oil products to Ukraine out of a self-professed fear of them being used by the pro-Western government's military in its war against the rebels. "There are Russian companies that bypass this rule by supplying oil products through Belarus," Ryabtsev told Agence France-Presse (AFP).

Russia's privately-held Lukoil energy company received a separate Moscow permit last week to supply diesel to Ukraine "for civilian purposes." "These deliveries helped keep down Ukrainian prices because they were cheaper than the oil products imported from the European states," the analyst said. Ryabtsev said Ukraine primarily purchased diesel fuel because Russia itself was mired in a gas shortage caused by insufficient investment in ageing crude refineries. "In the best times, the share of Russian oil products ranged between 30 and 40 percent," Ryabtsev said. He added that "Russian diesel currently comprises no more than 10 percent" of the amount purchased from abroad by Ukraine.
RELATED TOPICS