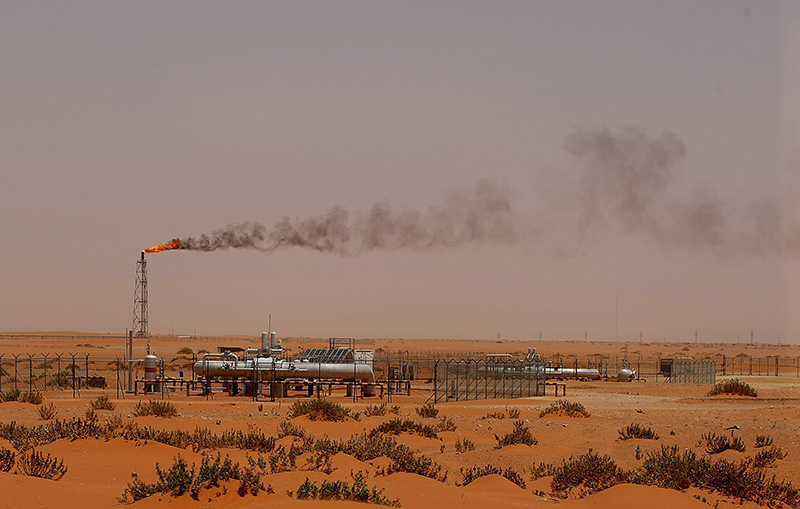 "We have all developed an oil addiction in Saudi Arabia and this is dangerous and has hampered development in many sectors during past years," Prince Mohammed said in an interview with the Saudi-owned Al-Arabiya news channel after the government approved the plan.

"We plan to sell less than five percent of Aramco. Aramco's size is very big. It is estimated at between $2 trillion and $2.5 trillion," Mohammed told the channel.

He said the Aramco IPO would be carried out inside Saudi Arabia, a move that will boost the size of the Saudi capital market, already the largest in the Arab world.

By "selling even one percent of Aramco, it will be the largest IPO in the world," he said.

Proceeds from the Aramco sale will go into creating a giant new sovereign wealth fund.

"We plan to set up a $2 trillion sovereign wealth fund... part of its assets will come from the sale of a small part of Aramco," the prince added.

The fund will include current Saudi fiscal assets of around $600 billion, as well as returns from the sales of Aramco shares and state-owned real estate and industrial areas estimated to be worth $1 trillion, he said.

The announcement is part of a plan for vast economic reforms to substantially reduce the OPEC kingpin's reliance on oil.

It was approved by the Saudi government during a special cabinet meeting chaired by Mohammed's father, King Salman, who urged citizens to cooperate to achieve this "ambitious plan," the official SPA news agency reported.

With this plan "we can live without oil by 2020," said the young prince, who heads Saudi Arabia's economic development council.