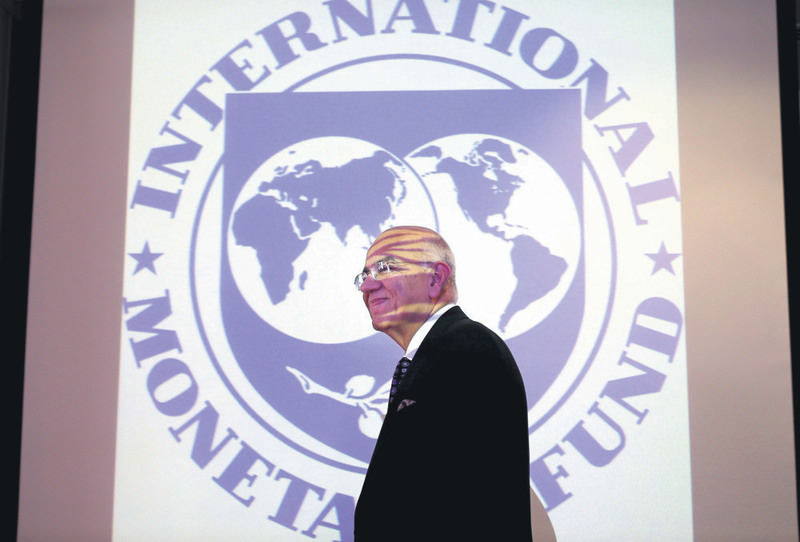 The International Monetary Fund (IMF) forecast on Monday economic growth in the six-nation Gulf Cooperation Council will be 1.8 percent this year, down from 3.3 percent in 2015, and urged spending cutbacks. The fund had projected in October that oil exporting countries in the region would see revenue losses of $360 billion in 2015, but oil prices took a tumble by year's end and the drop in revenue amounted to $30 billion more.

In a revised economic outlook report released yesterday, the IMF said these countries will see revenues from oil exports drop even more in 2016, to between $490 billion to $540 billion compared to 2014, when oil prices were higher. Oil prices plunged to around $30 a barrel in January compared to $115 in mid-2014.

IMF Director for Middle East and Central Asia Masood Ahmed said these losses translate into budget deficits and slower economic growth, particularly for countries that are still heavily dependent on oil to finance their spending.

The report said that economic growth in the six Gulf Cooperation Council countries of Saudi Arabia, Kuwait, Qatar, Bahrain, Oman and the United Arab Emirates will slow from 3.3 percent in 2015 to 1.8 percent this year. Saudi Arabia, the region's biggest economy, will see growth at just above 2 percent.

The IMF has encouraged reforms that would limit public spending on welfare programs and handouts that citizens in the Gulf have become accustomed to, such as lifting subsidies and tightening public sector wage bills to offset the impact of declining revenues. Already, most GCC countries have raised fuel, water, and electricity prices. Outside the GCC, oil exporter Algeria recently hiked fuel, electricity, and natural gas prices, and Iran increased fuel prices.

"Oil prices are likely to improve from where they are, but they're not going to go back to the figures that we saw in 2013 and 2014 for a long, long time, so this means that many of them have to cut back spending and they also have to try to raise revenue outside the oil sector," Ahmed told The Associated Press.

The IMF warns that just among oil exporters in the region, 10 million young people are expected to enter the workforce by 2020, yet 3 million of them will find themselves without jobs at the current pace of development. Young people's frustration at their lack of prospects was a key driver of the Arab Spring uprisings that rocked the Middle East in 2011.

The report said the war in Syria has had a negative spillover effect on the economies of neighboring Jordan and Lebanon. From October and March alone, more than 600,000 people fled Syria due to the fighting, bringing the total number of refugees to almost 5 million. The size of Syria's economy today, the IMF said, is less than half of what it was before the war erupted in 2011. In Egypt, political turmoil has held back growth due to concerns over security. However, lower oil prices have reduced energy subsidy bills there. Though Iran's growth was at zero in 2015, its economy is expected to grow 4 percent in 2016 and 3.7 percent in 2017 as it ramps up oil production and looks to increase trade and investment with the easing of international sanctions.
Last Update: Apr 26, 2016 1:15 am
RELATED TOPICS