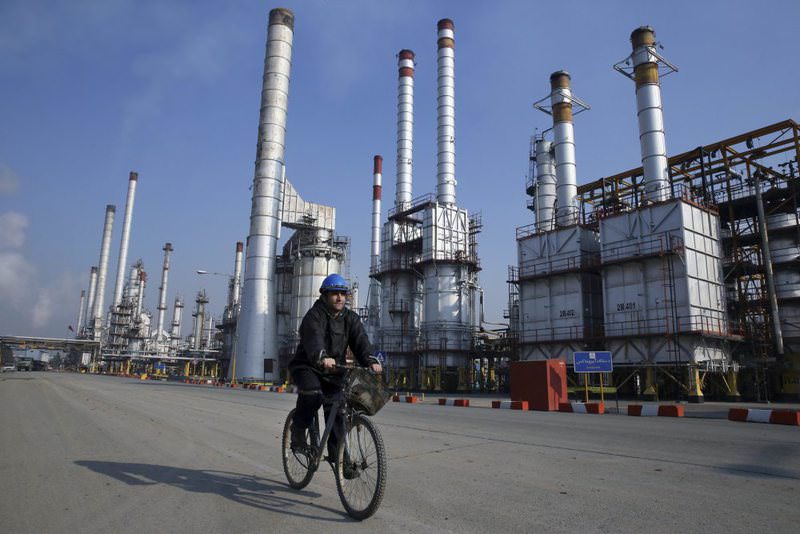 by May 07, 2016 12:00 am
The central banks of India and Iran have reached an arrangement to use European banks to process pending oil payments to Tehran, India's Oil Minister Dharmendra Pradhan told Reuters, unlocking $6.4 billion in stalled funds.

Buyers of Iranian oil were prevented from using global banking channels to clear their transactions after sanctions were imposed on Iran in 2011 over its nuclear programme. With the end of those sanctions in January, after an agreement to curb the program, Iran is finally gaining needed access to the funds.

Iran hopes the money will revive its moribund economy and raise Iranian living standards as well as help to integrate the country into the global economic system.

Indian refiners have been holding 55 percent of its oil payments to Iran after a route to make payments through Turkey's Halkbank was stopped in 2013, although payment of some of those funds was allowed after an initial temporary deal to lift the sanctions.

"There is an agreement between (India and Iran's) central banks. European banks will be the clearing agent. They will be dealing with Iranian banks and we have to pay those European banks," Pradhan told Reuters in an interview. He did not elaborate further, saying the finance ministry was dealing with the issue. Also because of the previous sanctions, Indian refiners have been depositing 45 percent of their oil payments to Iran in rupees with India's UCO Bank.

Tehran has been using the funds, currently about 130 billion rupees ($1.95 billion) to import non-sanctioned goods from India.

One of the sources said the Reserve Bank of India (RBI) has ruled out channelling funds through Halkbank. "Halkbank's Iran-related foreign trade activities with Iran have been carried out since 2004 ... Halkbank will continue its operations in accordance with international law," a senior Halkbank official told Reuters. No immediate comment was available from EIH and Central Bank of Italy.

The government sources said Indian refiners will remit funds to Iran through state-owned UCO Bank. UCO Bank's chairman did not respond to calls from Reuters to his mobile phone.

Reserve Bank of India Governor Raghuram Rajan said on April 5 India will make payments to Iran in a staggered manner. "Oil companies are working out the banking arrangements in coordination with Iranian counterparts and payments will be made by them presumably over time with minimal impact on the market," an RBI spokesperson said on Thursday.

Despite the sanctions, India continued its engagement with Iran and was among a handful of countries that sourced oil from Tehran.

Iran was India's second-biggest oil supplier before the sanctions hampered its trade relations. The country is set to import at least 400,000 barrels per day of Iranian oil in the year from April 1.