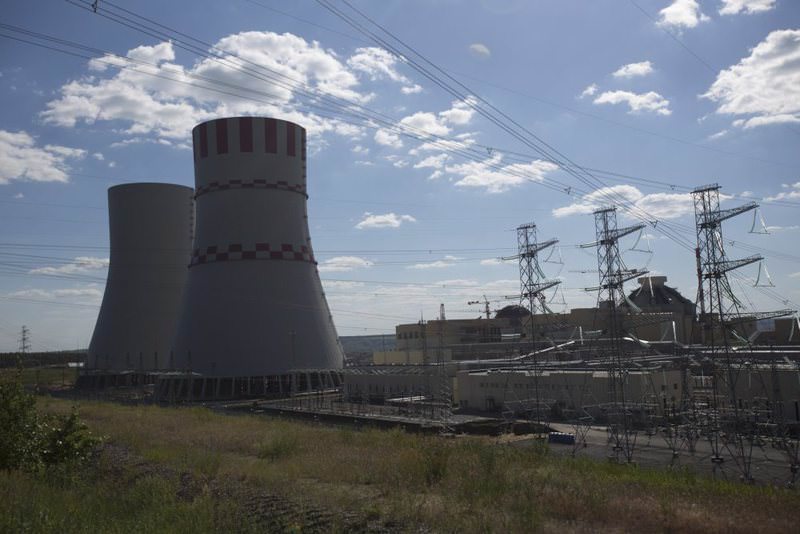 Speaking to Sabah daily, Cengiz Construction Chairman Mehmet Cengiz said that it was Russia's Rosatom who knock the door first as they seeking for a partner in building Turkey's first nuclear power plant Akkuyu

As Russian state-owned nuclear energy company Rosatom begins its search for a possible partner for the Akkuyu Nuclear Power Plant project, Turkey-based Cengiz Construction has expressed interest in becoming an investor. Speaking to Sabah daily, Cengiz Construction Chairman Mehmet Cengiz said it was the Russians who should knock on the door first.

As the builders of the marine hydro-technical structures of the plant, Cengiz added that Russia made offers to everyone, and stressed: "They made an offer to us as well. It is uncertain now with whom the project will proceed. They are currently trying to make a decision, and it will become clear at the end of the year. We have experience in this sector; they would not come to us otherwise."

Recalling that nuclear has a 12.50 percent purchase guarantee, Cengiz said this investment was a technology-demanding and expensive one, but the state needed it. "Our biggest goal coming here was to learn about this technology. For example, the Japanese are good at constructing bridges, and we can learn about nuclear plants through this process as well," Cengiz concluded.

Established in 1987, Cengiz İnşaat Sanayi ve Ticaret A.Ş., which is a subsidiary of Cengiz Holding, is one of the most renowned Turkish construction companies.

The total value of the company's ongoing projects within the country currently amount to approximately $7.85 billion. The sale of a 49 percent stake is a provision of the inter-government agreement to build the plant signed by the two countries in 2010. The Akkuyu plant is not scheduled to come on online before 2022 and has faced delays due to regulatory hurdles and Moscow's financial woes.

The Russian-owned project, Turkey's first nuclear power plant, has been complicated by the deterioration in ties between the two countries after Turkey shot down a Russian warplane over the Turkey-Syria border in November. In December, Turkish energy officials said state-owned Rosatom had stopped construction work on the project. President Vladimir Putin subsequently said the decision on the future of the plant would be purely commercial.

Emphasizing that there have already been concerns regarding the financial health of the state-run company and its ability to finance projects in the wake of Russia's deep economic problems -- fueled by low oil and gas prices and Western sanctions associated with the Ukraine crisis -- sources indicate that Rosatom's willingness to sell so many shares has nothing to do with the Nov. 24 crisis between Turkey and Russia following the downing of a Russian military aircraft that violated Turkish airspace on the border with Syria.

In mid-January of last year U.S.-based credit rating agency Fitch downgraded the credit score of Atomenergoprom while lowering the credit rating of 13 of Russia's largest companies, which make up a vast part of Rosatom's structure. Currently, Rosatom has the lowest rating in the Better Business Bureau (BBB) investment-grade category, with a negative outlook being predicted by investors, who say that the company's score is likely to be downgraded again in the future. The U.S.-based credit rating agencies Standard & Poor's (S&P) and Moody's also assigned credit ratings of ВВ+/B and Ва1, respectively, which are considered "non-investment grade speculative." Also, S&P has given Rosatom a negative credit outlook, whereas Moody's considers the company's outlook stable. Moreover, sovereign credit agencies in Russia have given similar ratings, changing the rating outlook of Rosatom from stable to negative.

In addition to the Akkuyu Nuclear Power Plant project, Rosatom has similar nuclear projects in other countries as well, including one of which Rosatom is a plant supplier, with Finland's nuclear power company Fennovoima. Accordingly, Fennovoima aims to build its nuclear power plant Hanhikivi 1 (FH1) to produce electricity at cost in northern Finland. While activists criticize the construction of the power plant, they also note that most of Rosatom´s projects have a long history of unpaid salaries and delayed payments.

Expressing that Rosatom's partial sale of the Akkuyu Nuclear Power Plant, Turkey's first nuclear plant project, should be considered normal, energy experts stress that the sale has importance for Turkey in terms of potential construction work on the power plant.

The nuclear plant in the southern province of Mersin is the first of three nuclear power plants Turkey currently plans to build to reduce its dependence on imported energy from exporters such as Russia and Iran. Turkey launched the construction of its first nuclear power plant in negotiations with Russia in 2010 for greater energy independence. The $20 billion project will consist of four units, each of which will be capable of generating 1,200 megawatts of electricity. Rosatom is constructing the Akkuyu power plant and it is expected that the facility will produce approximately 35 billion kilowatt-hours of electricity per year once completed. Its service life is estimated to last 60 years. Akkuyu power plant is forecast begin operating in 2023 at the latest.

A second plant will be built by a French-Japanese consortium in the northern city of Sinop near the Black Sea, while former Energy and Natural Resources Minister Ali Rıza Alaboyun announced in October of last year that the country's third nuclear power plant will be built in the İğneada district in the northwestern province of Kırklareli.
RELATED TOPICS