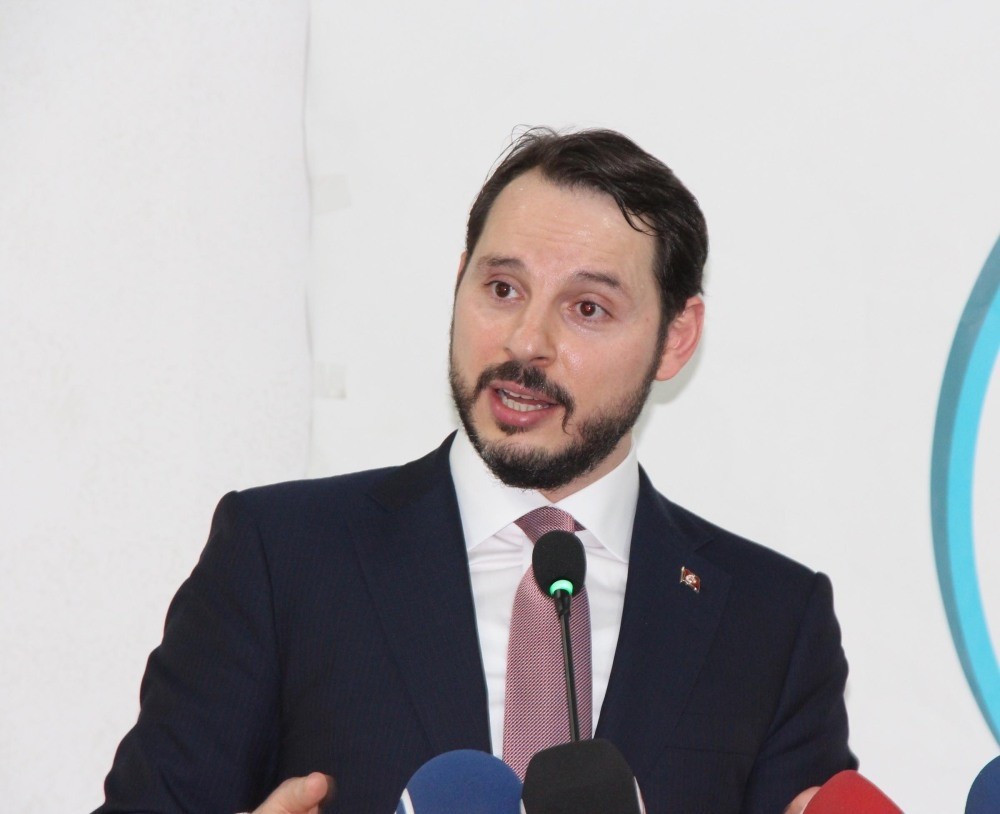 Energy and Natural Resources Minister Berat Albayrak
by Daily Sabah with Wires Jul 01, 2016 12:00 am
Energy and Natural Resources Minister Berat Albayrak has declared that the solutions to energy problems are regional and global stability and peace. Minister Albayrak, who served as the moderator of the panel session" Predictions, Opportunities and Threats for International Energy Development" as part of the G20 energy ministers' meeting in China's capital city of Beijing, said energy markets are rapidly becoming globalized and pointed out the importance of bringing this subject up in a period when opportunities and risks are increasing.

Albayrak stressed unstable oil prices and their effects on both producer and consumer countries, along with concerns over energy security and the political instability and conflicts in countries which are rich in natural resources. He also stated that issues regarding the sharing of energy resources and the world's supply should be taken into consideration.

"We believe that energy sources and energy routes which are the sources of struggle today can also be the sources of collaboration, stability and alliances. We are also thinking that it is not possible for any country to provide security of supply singlehandedly without international alliances or solidarity," the minister said, stressing that the primary concern of Turkey's politics is to bring peace on a regional and global level alongside stability.

Stating that the Trans-Anatolian Natural Gas Pipeline Project (TANAP) is the most fitting project for resolving this issue, Minister Albayrak underlined the fact that Turkey has strengthened its relationship and collaboration with TANAP. He said: "TANAP and the Southern Gas Corridor have the characteristics of a prototype energy project that can be used as a model, in terms of its effects on Turkey and Europe's security of supply. Another important project that we can mention is the Trans-Adriatic Pipeline (TAP), a project whose groundbreaking ceremony we attended last month." He also said Turkey is supporting TAP as it will make an enormous contribution to the EU's domestic energy market and security of supply as a potential member of the EU. Minister Albayrak said, "We do not consider energy as a mere resource procurement; resource management forces us to adopt a more well-rounded approach on the issue." He concluded by saying, "Proceeding according to our principles, we will serve not only Turkey but also the entire region, helping to build a brighter future."
RELATED TOPICS