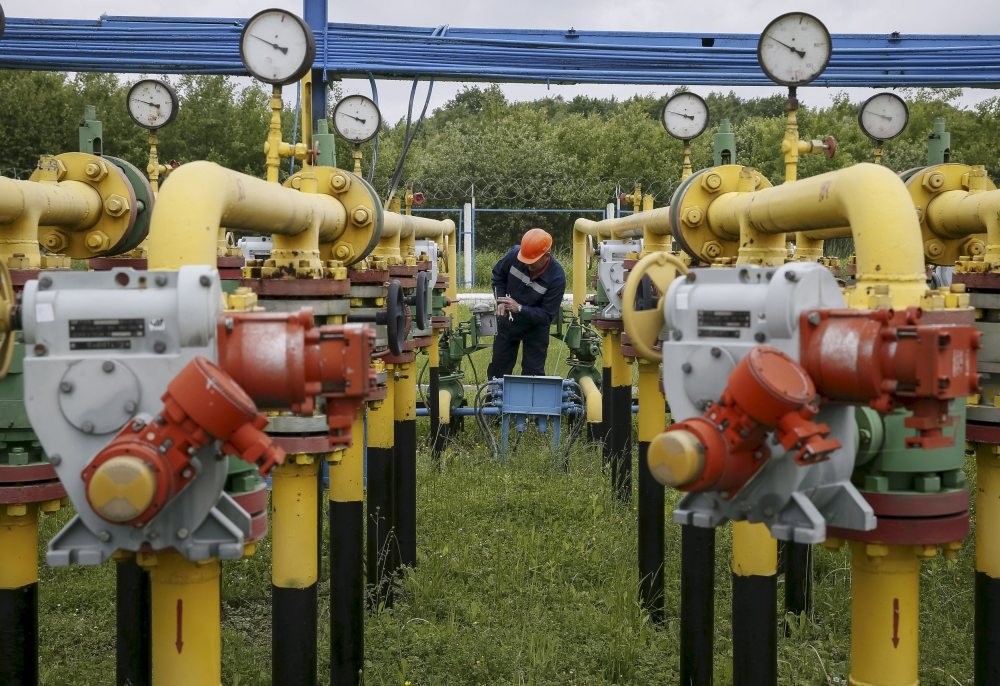 The normalization process between Ankara and Moscow has motivated Gazprom to reinitiate the Turkish Stream gas pipeline project, however Kremlin spokesman Peskov thinks it too early to say whether or not the project will continue

Russian President Vladimir Putin, after his 45-minute talk with Turkish President Recep Tayyip Erdoğan, immediately decided to call off sanctions against Turkey, but it seems that the Kremlin will take time to put the Turkish Stream gas pipeline project into effect.

Travel agents and exporters were pleased at the normalization of relations between Ankara and Moscow after Putin announced on Wednesday that he had ordered the Russian government to remove travel restrictions and normalize trade ties. Officials from Russian energy giant Gazprom were among those awaiting Putin's announcement, after President Recep Tayyip Erdoğan expressed regret over Turkey's shooting of a Russian Su-24 attack aircraft on Nov. 24, 2015.

Gazprom did not waste time after Erdoğan's letter. The state-owned company announced that it is ready for dialogue on a potential resumption of the Turkish Stream project. "Gazprom is and has always been open for a dialogue on the Turkish Stream," Gazprom's official representative Sergey Kupriyanov was quoted as saying by Russian news agency TASS. The project, announced by Putin during his visit to Ankara in December 2014, was a replacement for the South Stream project. Moscow was stuck in negotiations with Bulgaria to carry Russian natural gas to Europe, and replaced this with the Turkish Stream to carry gas to Europe via the Turkish-Greek border. After the Su-24 was shot down, the project was left in limbo.

While Gazprom, whose net profit for 2015 was $12.2 billion, has been willing to realize this giant project, the Kremlin has remained cautious. Yesterday, Kremlin spokesman Dmitry Peskov said that it is still early to say whether or not the Turkish Stream project will continue. He noted that they are examining different routes and it is too early to say which route will be picked for development.

"They should hurry up, if they don't want the Southern Gas Corridor to go live before the Turkish Stream," Turkish presidential adviser Cemil Ertem told Daily Sabah, mentioning an initiative planned to supply natural gas to Europe from the Caspian and Middle Eastern regions. One of the most complex gas chains ever developed in the world, the Southern Gas Corridor (SGC) stretches over 3,500 kilometers and crosses seven countries. The SGC and the development of the Shah-Deniz natural gas field is Europe's biggest infrastructure investment project and worth $45 billion. It also involves three pipeline projects: the South Caucasus Pipeline, the Trans Anatolian Pipeline (TANAP) in which Turkey is a partner, and the Trans Adriatic Pipeline (TAP). The TANAP project is currently under construction, but has been realized faster than was scheduled.

Given the scope of the SGC and its aim to improving the security and diversity of Europe's energy supply, Ertem has warned that the Kremlin will need to act quickly if they want take its share in the market.
RELATED TOPICS