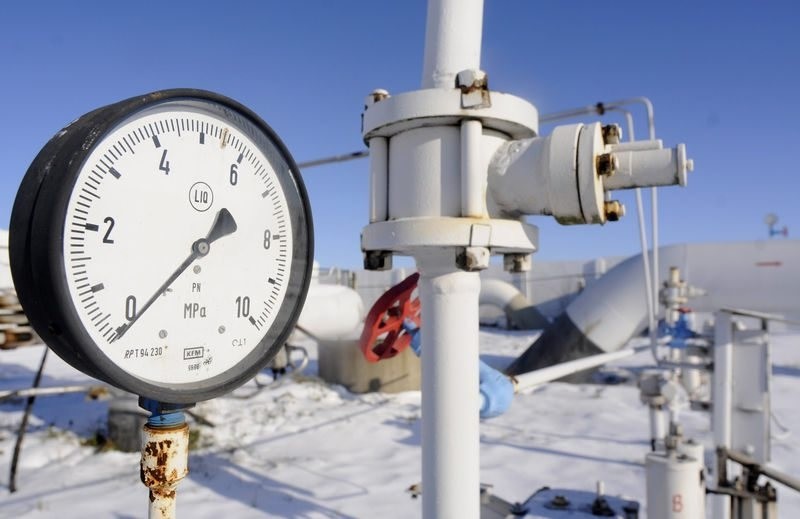 Stressing that Russia cannot risk losing its share in the natural gas market in Turkey, the former U.S. ambassador and expert at the Brookings Institute, Richard Kauzlarich, said Turkey's normalization of its relations with Israel triggered Russia into renegotiating the Turkish Stream pipeline project

Noting that Russia cannot compensate for its losses in the Turkish natural gas market, Richard Kauzlarich, expert at Washington-based think-tank Brookings Institute, said that Israeli gas can snatch Russia's share in the Turkish market and, since Russia cannot risk losing its share, it is not surprising that the Russian energy company Gazprom has re-initiated negotiations for the Turkish Stream project, which is slated to carry natural gas to Europe via the Turkish-Greek border.

Having also served as the U.S. ambassador to Baku from 1994 to 1997, Kauzlarich told Anadolu Agency (AA) that there is mutual interest between Russia and Turkey to resume normal relations, including those involving economic trade. He said that "Turkey and Russia share interests in the region and it is important to reduce tensions between the two countries."

Furthermore, Kauzlarich highlighted that "Russia cannot afford to lose its market share in Turkey so it is no surprise that Gazprom is seeking to relaunch discussions with Turkey regarding the Turkish Stream. Another factor may be the normalization of Turkey's relations with Israel."

According to Kauzlarich, although it is still a long-term possibility, the steps being taken to normalize relations between Turkey and Israel have improved the prospect for Israeli gas transiting through Turkey.

Kauzlarich remarked, "Russia would not want to risk losing its market share in Turkey to Israeli gas. So any improvement in energy relations between Russia and Turkey will be driven by two factors: First, Russia's intent to maintain its market share in the Turkish gas market and second, to use the Turkish Stream and/or South Stream pipeline prospects as instruments of 'soft power' for Russia's geopolitical ambitions."

Also, Mikhail Krutikhin, partner of RusEnergy, a Moscow-based analysis and consultant agency, pointed out that Putin would definitely like to build either the South Stream or Turkish Stream project, saying, "I do not see any rational reason for either of the projects, but such decisions of the Russian president are very rarely reasonable."

Following the downing of a Russian warplane that entered Turkish airspace on Nov. 24 last year, the Kremlin imposed sanctions on food products, an end to visa-free travel, charter flights and a ban on Russian tourists taking package holidays to Turkey.

However, relations have formally started to normalize after President Recep Tayyip Erdoğan sent a letter to his Russian counterpart calling for the restoration of "traditional friendly ties," on Monday. Putin lifted sanctions after his 45-minute phone talk with his Turkish counterpart.

While Putin ordered the Russian government to lift the sanctions previously imposed, the normalization of relations has also brought the Turkish Stream Natural Gas Pipeline Project back on the table. The project, announced by Putin during his visit to Ankara in December 2014, was a replacement for the South Stream project. Moscow was stuck in negotiations with Bulgaria to carry Russian natural gas to Europe and replaced this with the Turkish Stream to carry gas to Europe via the Turkish-Greek border. After the Su-24 was shot down last November, the project was left in limbo.

The first direct gas pipeline between Russia and Turkey was the Blue Stream, commissioned in 2005, with an expansion plan later replaced by the South Stream, itself abandoned in 2014.

Meanwhile, Turkey and Israel signed a deal in Rome on Tuesday to normalize diplomatic relations. Ties between Ankara and Tel Aviv have been frayed since 2010 when six civilian ships in a humanitarian aid flotilla were attacked in international waters by Israeli forces. The vessels were trying to transport humanitarian aid to the Gaza Strip. Nine Turkish citizens and an American were killed and 30 other people were injured; one person died nearly four years later after being critically injured in the attack.

According to the deal, Israel will pay a total of $20 million in compensation to the families of the Mavi Marmara victims. Also, 10,000 tons of supplies will sail to Gaza from Turkey on Friday. However, this deal is also a medium for the two countries to cooperate in the field of energy, according to experts.

The deterioration in Turkish-Russian relations had already reopened the potential for Israeli gas exports. Partners of Israel's Leviathan natural gas field had held talks in recent years with Turkish companies over the possibility of building an undersea pipeline to Turkey.

Speaking to Daily Sabah in December, Matthew Bryza, former deputy assistant secretary of the U.S. State Department, noted that energy projects are a contributing factor behind Turkish-Israeli rapprochement. "Big energy projects like a pipeline of Israeli gas to Turkey can only happen

when the political leaders of the countries decides to have normal relations and cooperate. Before that energy projects can't force cooperation. Both Prime Minister [Benjamin] Netanyahu and President Erdoğan decided that now is the time to restore relations. Thereafter, energy projects can turn these nice words into tangible cooperation," Bryza said.
RELATED TOPICS