Russia aiming for over $11B from Rosneft stake sale 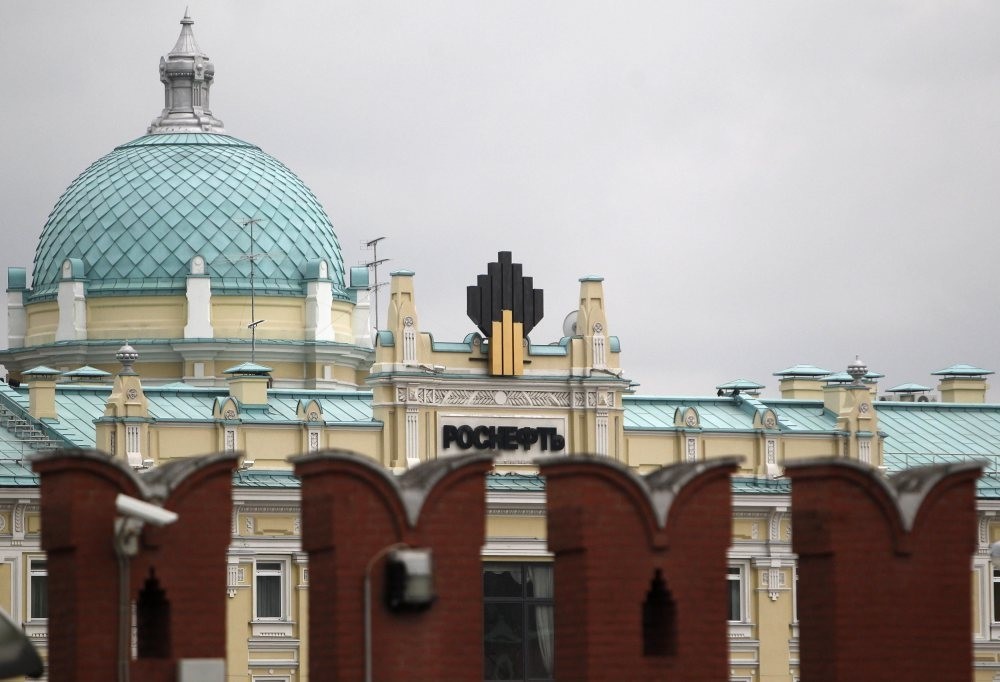 |Reuters Photo
by Sep 03, 2016 12:00 am
Russia hopes to fetch more than $11 billion for a minority stake in the Kremlin's flagship oil producer Rosneft before the end of the year to plug budget holes caused by low crude prices, an industry source told Reuters on Friday.

The sale will be complicated by sanctions imposed on Moscow over its actions in Ukraine and by many investors' wariness of putting money into Russia as well as volatile commodity markets.

But Russia is hoping to repeat the success of Rosneft's initial share offering a decade ago when it raised $11 billion in one of the world's biggest such sales, despite concerns that investors would be spooked by Rosneft's purchase of most of the assets of oil firm YUKOS, bankrupted by the Kremlin.

On Friday, Economy Minister Alexei Ulyukayev said his ministry had received documents needed to kick start the sale of 19.5 percent in Rosneft, including a valuation and proposals on terms of sale.

An industry source familiar with the sale process said the stake had been valued at over $11 billion. The documents were submitted this week by Rosneftegas, which controls Rosneft on behalf of the government. Italian bank Intesa is advising Rosneftegas on the sale.

In comments to Russian news agencies later on Friday, Ulyukayev said estimates the stake would be valued at around $11 billion were close to reality.

After privatization, the government will keep 50 percent plus one share in Rosneft, the world's largest oil firm by reserves among listed companies.

Rosneft produces over a third of Russia's total output of 10.7 million barrels per day - a figure making Russia the world's biggest producer on a par with Saudi Arabia and the United States.

Russian President Vladimir Putin said the sale of the stake should take place before the end of the year and should involve strategic investors.

"I think we should be aiming precisely for that type of investment. We are getting ready and are planning to do it this year," Putin told Bloomberg News.

Oil major BP owns just under 20 percent in Rosneft following the purchase of BP's Russian joint venture TNK-BP by Rosneft for $50 billion in 2013. Rosneft's own market value has fallen to $55 billion since then as a result of low oil prices and sanctions imposed on Russia, Rosneft and its chief executive Igor Sechin, one of Putin's closest allies.

At its initial public offering (IPO), Rosneft was worth nearly $80 billion. Western majors will find it difficult to invest in Rosneft due to sanctions but their place could be taken by Asian investors, including from China and India, which have been seeking to develop resources in Russia.

Russia is effectively competing with many other resource rich countries for money from investors to compensate for low commodities prices.

The world's largest non-listed oil firm by reserves and output, Saudi Aramco, is planning to list up to a 5 percent stake in the next two years, seeking an overall valuation of over $2 trillion.

The industry source said Rosneftegas was asking the government to issue a decree guaranteeing a stable tax regime during the sale of the stake and beyond.