Turkey has the most viable route for eastern Mediterranean gas, President Erdoğan says 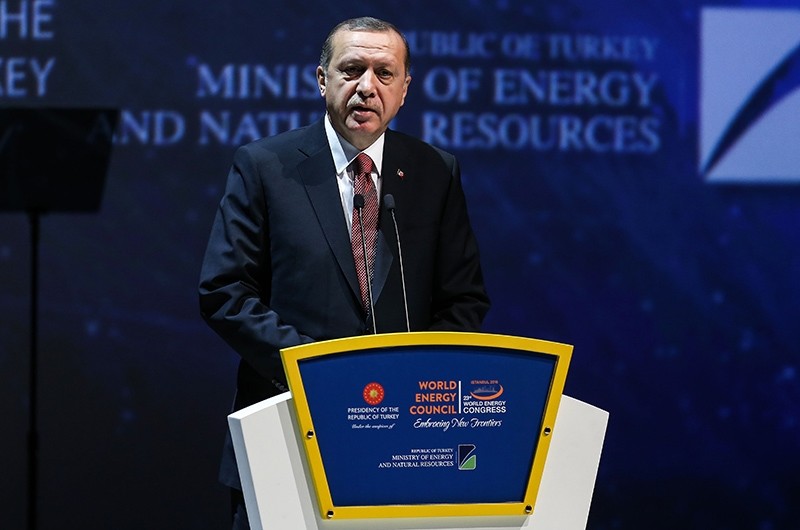 Turkey provides the most viable route for the distribution of eastern Mediterranean gas, President Recep Tayyip Erdoğan said on Monday at the 23rd World Energy Congress in Istanbul.

Noting that Turkey sits in a region where two-thirds of the world's natural gas resources are located, Erdoğan said that the country has led many projects for its transport and distribution.

The president said that Turkey aims to open the fourth gas corridor into Europe with the Trans Anatolian Natural Gas Pipeline (TANAP) project.

He also said that Turkey aims to produce 10 percent of total electricity from nuclear power, and is looking for means to implement plans for a third nuclear power plant

Erdoğan added that Turkey plans to increase the contribution of solar, wind and hydroelectric power in total electricity production to 30 percent.