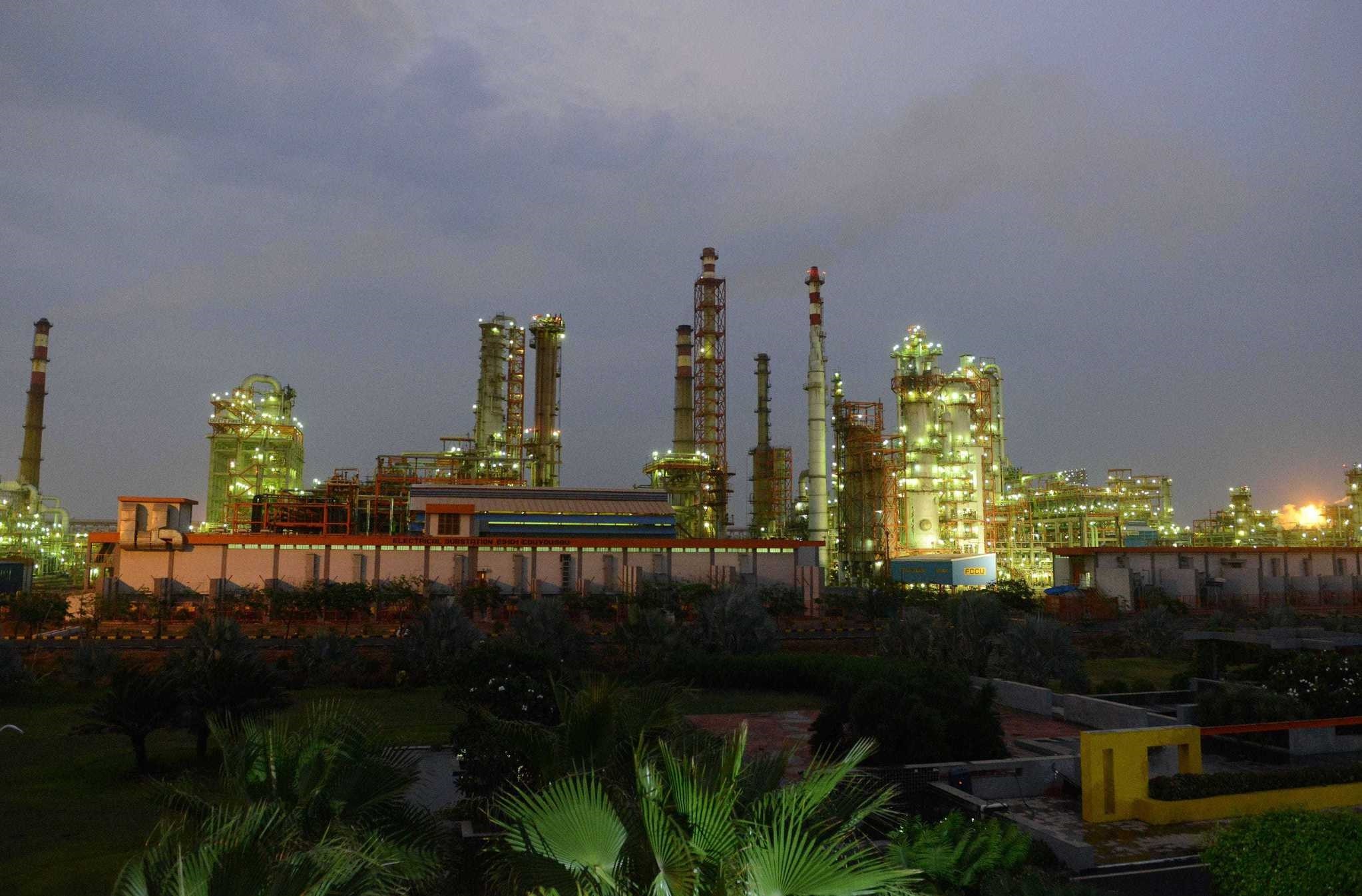 Indian Oil Refinery of Essar Oil at Vadinar village, near Jamnagar, some 380 km from Ahmedabad.
by Oct 20, 2016 12:00 am
In a spectacularly costly gamble aimed at boosting Russia's strategic position, state-controlled giant Rosneft is investing in India's Essar Oil to muscle into a promising market with outlets throughout Asia. Russian President Vladimir Putin returned from last week's BRICS summit in Goa with one of the largest deals the oil sector has seen in the last two years of falling prices: 98 percent of Essar Oil at a valuation of $12.9 billion. Rosneft - Russia's biggest oil company led by Putin's close ally Igor Sechin - will buy 49 percent of Essar Oil, which owns the Vadinar refinery in western India. Vadinar is one of the country's largest refineries and one of the world's most modern, with access to a port navigable by the largest vessels. Essar Oil operates 2,700 petrol stations and was controlled until now by billionaire brothers Shashi and Ravi Ruia. A further 49 percent will be acquired by a group of investors led by Trafigura oil traders, one of Rosneft's partners.

"Rosneft is entering one of the most promising and fast-growing world markets," Sechin said, according to a statement.

Rosneft said the Vadinar refinery will allow it to process its crude oil produced in Venezuela, which is heavy and more difficult to refine. It could also serve as a base for exporting to the Asia-Pacific region, including Indonesia, Vietnam, the Philippines and Australia. While the deal represents an unprecedented foreign acquisition from the Indian perspective, for Russia it is "an important strategic victory," said Emily Stromquist, an analyst at Eurasia Group. "It sends a signal to the EU and U.S. that Russia has alternative market opportunities despite sanctions" imposed over Russia's actions in Ukraine, she wrote in a note. "It also provides a much-needed opportunity for export diversification as European demand flattens and Chinese growth becomes more unpredictable."

With its 1.2 billion inhabitants, India is the world's fourth largest consumer of hydrocarbons, with demand constantly growing. It is increasingly dependent on crude imports, despite authorities taking steps to encourage foreign investment and seeking to diversify its suppliers, currently mainly in the Middle East. Indian companies in turn this year bought almost half of Vankor, one of Rosneft's most promising oil fields in Siberia.

"Rosneft has the ambition to develop itself into a global energy group... but the opportunities to develop business abroad are limited, especially in Western countries," said Valery Nesterov, an analyst at Sberbank CIB. "The markets that are promising are in Asia," he said, while Rosneft "acts in the interests of the state and develops cooperation with countries that are friends with Russia."
RELATED TOPICS