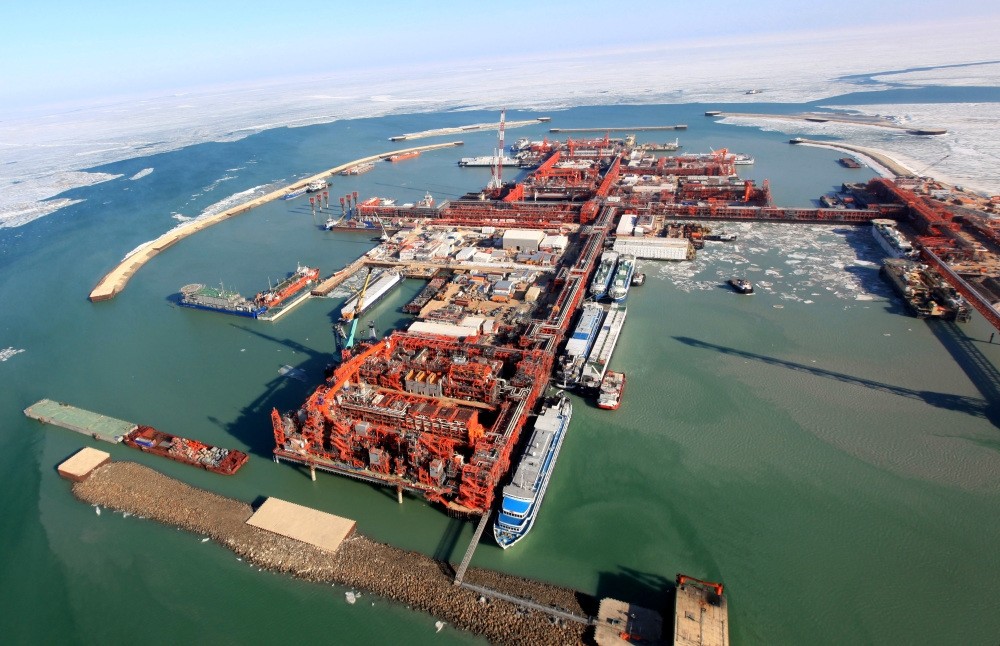 As the world's major crude exporters have agreed to cut production to boost prices, Central Asia's Kazakhstan is reopening its vast but troubled offshore Kashagan oil field after years of delay

The Kashagan field in the north of the Caspian Sea is viewed as one of the largest oil discoveries of the past 40 years but the project to develop it has already cost more than $50 billion and has stalled since 2013. But on Oct. 14, it produced and made its first shipment of the restart, the field's operator, the North Caspian Operating Company (NCOC), announced, though the Kazakh Energy Ministry said stable production "would take some time."

NCOC is an international consortium made up of energy companies Total, Eni, ExxonMobil, Shell and Kazakh state champion KazMunayGas, as well as Japan's Inpex and China's CNPC.

This relaunch comes after the OPEC group of oil producers pledged in Algiers on Sept. 29 to cut production for the first time in eight years on the back of a sustained depression in global prices.

Crude has hovered around $50 per barrel since the announcement, but non-OPEC Kazakhstan, whose currency has lost half its value in a devaluation linked to the price plunge, will not be joining in the cut.

"Kashagan is important for Kazakhstan's economy as a source of revenue that potentially could help fix its current account deficit problem," said Kassymkhan Kapparov, director of the Bureau for Economic Research of Kazakhstan, a think tank based in the country's largest city Almaty.

The current account deficit is projected this year to reach four percent for the first time since 2010, having turned negative last year mostly due to the fact that revenues from oil exports halved.

Still, since the project remains in cost-recovery mode following three years of expensive repairs and falling oil prices, "the impact of Kashagan on the state budget in the first years of its operation is expected to be negligible," Kapparov told AFP.

'Abundance of caution' The Kashagan project has been plagued by setbacks since the start.

Kazakhstan's government has not hidden its anger over a project that has swallowed $55 billion in investments, producing oil for just a few weeks after coming on line in 2013, eight years behind schedule.

In early 2014, the country slapped the operator with a $737 million fine for environmental damage after gas leaks in its pipeline network brought output to a screeching halt.

"There's an abundance of caution to make sure [the restart] goes off without a hitch," says Andrew Neff, principal analyst with the Petroleum Sector Risk team for the London-headquartered IHS global consultancy.

"More delays will just further poison the relationship between the government and the consortium, and with prices where they are, they are in this together," Neff told AFP.

It is still unclear by how much producers in the OPEC oil cartel will cut production, but few analysts are predicting a major hike in crude prices any time soon.

Moreover, non-OPEC members like Kazakhstan that lack the deep pockets of states such as OPEC kingpin Saudi Arabia have few choices but to keep producing and developing their oil assets, analysts say. In July, Kazakhstan announced a $36.8 billion expansion of its Tengiz oil field with 50 percent stakeholder Chevron in the biggest investment in petroleum production to be agreed since the price rout. The expansion will lead output at the field to rise by 260,000 barrels per day to more than 900,000 bpd in total when the new oil comes online in 2022.

"For a country whose economy might shrink, this year things might be starting to finally look a bit brighter," said Neff. "But when it comes to the Kashagan restart and the problems that project has had in the past it is a case of 'show me, don't tell me.'"
RELATED TOPICS