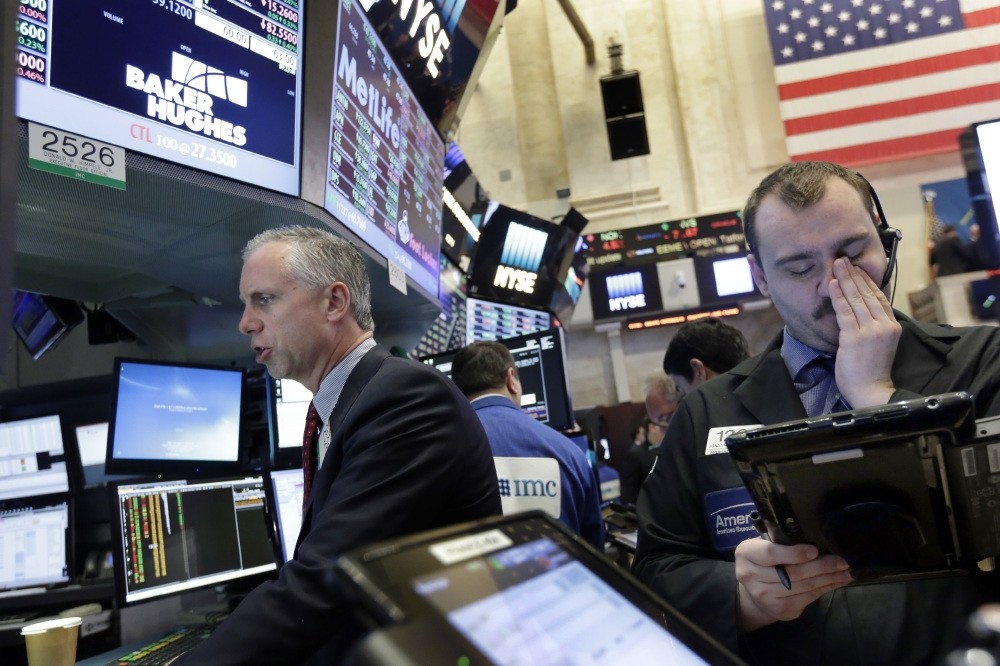 The Baker Hughes logo appears above the post where it trades, on the floor of the New York Stock Exchange.
by Associated Press Nov 02, 2016 12:00 am
GE and Baker Hughes said Monday they're combining their oil and gas businesses, the latest deal in a big year for corporate mergers and acquisitions. Including the tie-up between General Electric Co. and Baker Hughes Inc., October alone accounted for more than $320 billion worth of announced transactions involving U.S. firms. That demolished the old record of $240 billion set in July 2015, according to market researchers at Dealogic.

With two months left in the year, there have already been announced U.S. deals valued at nearly $1.4 billion and deals worldwide priced at nearly $3 billion, according to the Dealogic figures. The biggest one so far in 2016 is AT&T Inc.'s Oct. 22 announcement that was paying $85 billion for Time Warner Inc. If completed, that could be the seventh-biggest deal on record, just ahead of AT&T's 2006 acquisition of Bell South.

Among the other notable mergers and acquisitions announced this year and involving U.S. companies:

Bayer AG of Germany said in May it would buy St. Louis-based seed giant Monsanto Co. for $57 billion; it's still pending.

Qualcomm Inc. said last week it will buy Netherlands-based NXP Semiconductors NV for $39 billion; technology has been the leading sector for M&A activity.

Microsoft Corp. said in June it would buy social network LinkedIn Corp. for $26.2 billion, Microsoft's biggest acquisition ever by a wide margin.

Abbott Laboratories announced in June that it would buy medical-products maker St. Jude Medical Inc. for $25 billion, one of many deals in the health-care sector this year.

Though smaller than many other deals, Verizon's July agreement to buy Yahoo's core businesses for $4.8 billion was notable for uniting pioneer internet brands AOL and Yahoo under the control of a phone company.
RELATED TOPICS