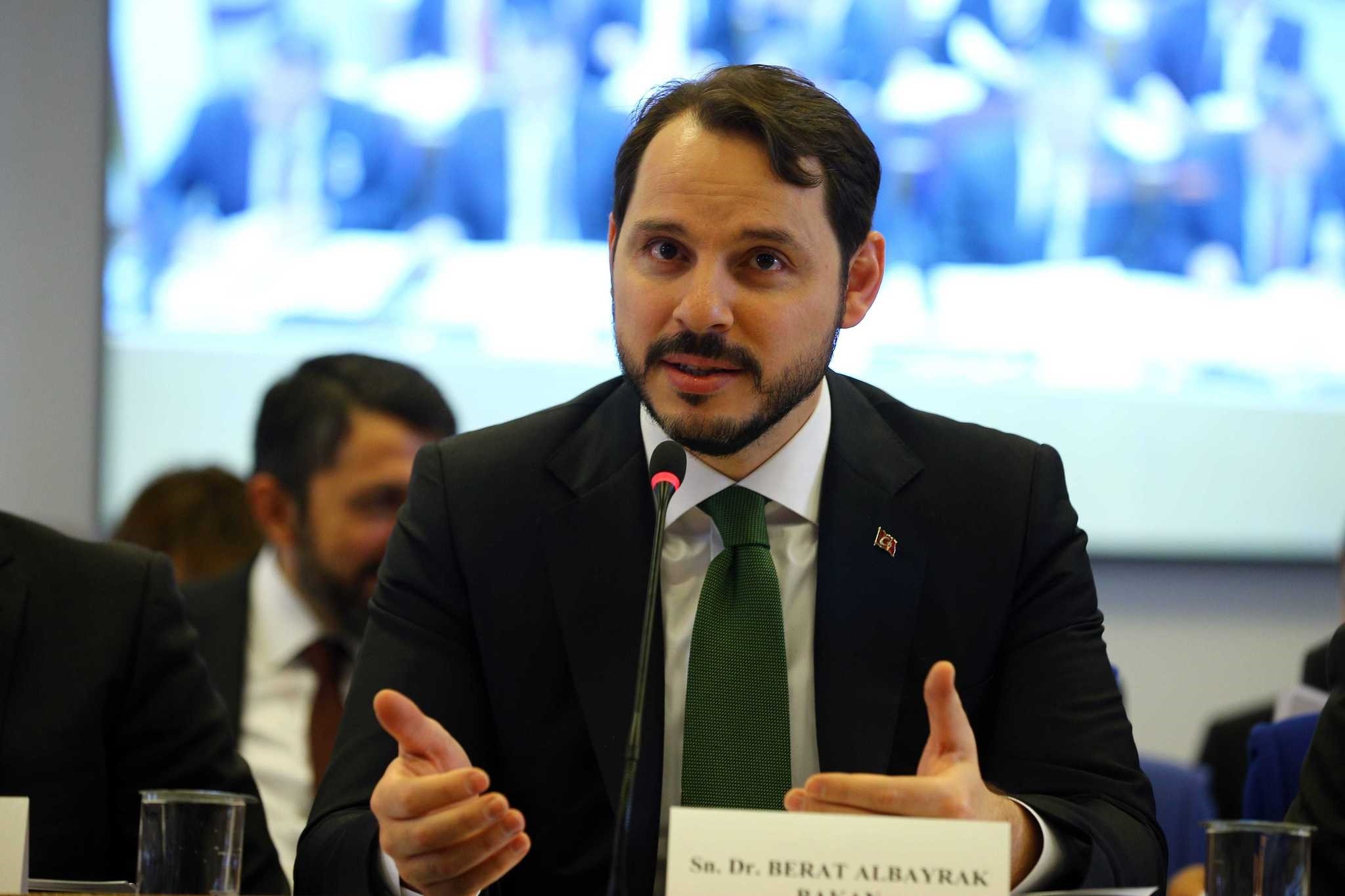 Aiming to consolidate its position centered among energy-rich countries, Turkey is moving forward confidently to become an energy trading hub, playing a crucial role in projects to diversify energy resources and transportation routes, according to Energy Minister Albayrak

Turkey's geopolitical position has a crucial role to play in projects to diversify energy resources and transportation routes and fill the gap in the inactive energy market in southeastern Europe, Albayrak said at Parliament's Plan and Budget Commission.

"We aim to establish a natural gas trading center in Turkey. In line with this aim, projects like TANAP and the TurkStream [natural gas pipelines] will contribute to this objective. We have also accelerated work toward launching the Liquefied Natural Gas (LNG) storage and Floating Storage Regasification (FSRU) units that will be established in Turkey for the first time."

The TANAP project aims to bring natural gas, taken from Azerbaijan's Shah Deniz-2 gas field and other areas of the Caspian Sea, primarily to Turkey, but also on to Europe via the Trans-Adriatic Pipeline (TAP). The project is planned to be operational in 2018 with an initial capacity to carry 16 billion cubic meters (bcm) of Azeri gas through Georgia to Turkey. The TurkStream will carry gas from Russia under the Black Sea to Turkey's Thrace region and potentially to Europe through a second line.

Albayrak noted that the government is currently working to develop an energy strategy to involve greater competition, more transparency, better protection for consumers and environmental sustainability.

"Reducing the cost of security of supply in electricity and natural gas forms the basis of Turkey's energy strategy along with the transfer of advanced technology. We introduced a new investment model, especially in the renewable energy sector, which prioritizes the transfer of technology, research and development investments and domestic production," he explained.

Presenting the energy ministry's 2017 budget, Albayrak said that work on the two FSRU projects, with 20 million cubic meters of capacity in the Gulf of İskenderun, in the eastern Mediterranean Sea, on the southern coast of Turkey and the Gulf of Saros, off the Gallipoli Peninsula in northwestern Turkey will continue in 2017 while construction of the projects is planned for completion in 2019.

Albayrak said that they are planning to complete the first phase of the natural gas storage facility at Tuz Golu (Salt Lake) in January 2017 and the second phase in 2019.

"We are also planning to start a third phase of expansion working on the North Marmara Natural Gas Storage facility in 2017," he added.

"In the last 14 years, $9.3 billion of investment was made on national oil and gas research and production activities. Between 2017 and 2019, $867 million in domestic investment and $4.31 billion in international investment is planned in the oil and gas sectors. We are also projecting to open a sea well in the Western Black Sea in 2018," he said.