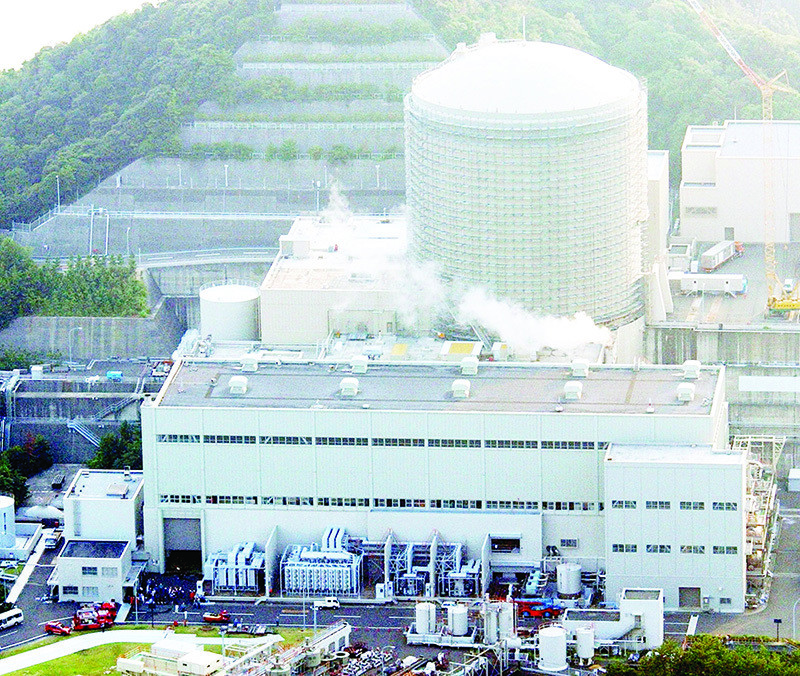 Japan's nuclear regulation watchdog has granted approval for a third nuclear reactor to operate beyond a 40-year service period mandated under rules imposed after the 2011 Fukushima disaster.

Japan began shutting its 48 nuclear power plants after the Great East Japan Earthquake and tsunami of March 2011 damaged four reactors in Fukushima, melting the cores in three of them and forcing thousands of people to leave their homes, most of whom have been able to return.

Under the new rules, reactors have a 40-year service lifespan but can have their operations extended by 20 years if safety upgrades are implemented and they are cleared by the Nuclear Regulation Authority.

Kyodo news agency reported Wednesday that after the reactor at the Mihama plant in Fukui Prefecture received approval to extend its operation, Kansai Electric Power Co. plans to spend around 165 billion yen ($1.5 billion) to upgrade facilities to meet the new regulations.

The utility said the No. 3 reactor, which had a capacity of 826,000 kilowatts, is not expected to restart operation until spring 2020.

The unit began commercial operation in December 1976. In 2004, five workers were killed and more than a dozen others were injured in Mihama's third reactor due to hot water and steam from a leaking pipe.

According to Kyodo, six reactors at five plants are due to be scrapped under the 40-year rule.

Some utilities have announced plans to discard their aging reactors rather than invest in safety measures to reactivate them.

In March, Shikoku Electric Power Co. decided against spending an estimated $890 million on the oldest of three reactors at a nuclear plant in western Ehime prefecture.

The government of Prime Minister Shinzo Abe has been seeking to revive nuclear energy despite reservations among the public.

Public opinion polls have consistently shown that roughly 60 percent of Japanese oppose a return to nuclear power production, even though the government considers nuclear power's revival as critical to the economy.