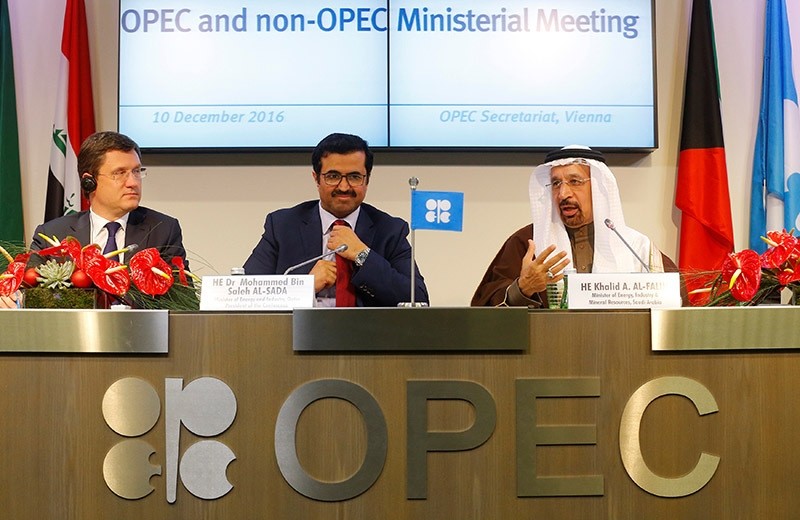 The newly agreed cut was lower than a figure cited earlier by the Nigerian oil ministry, and also lower than the target of 600,000 that the Organization of the Petroleum Exporting Countries (OPEC) had envisioned for countries outside its group.

OPEC decided last week to reduce its output by 1.2 million bpd from January to boost the currently low prices and to increase their government revenues.

"I believe that this is a truly historic event," said Russian Energy Minister Alexander Novak, who headed the group of non-OPEC countries. He pointed out that the OPEC and non-OPEC countries represented at the output reduction talks in Vienna account for more than half of global supplies.

The announcement came after OPEC member states met with Russia and other non-OPEC countries in Vienna for talks on production cuts.

It remains to be seen whether the cutbacks will do much to raise prices, given that OPEC members' track record of exceeding agreed-upon production quotas.

Oil closed at $51.58 on Friday, up 6 percent since the OPEC production cut was announced.