Turkey's first nuclear power plant Akkuyu to be operational by 2023 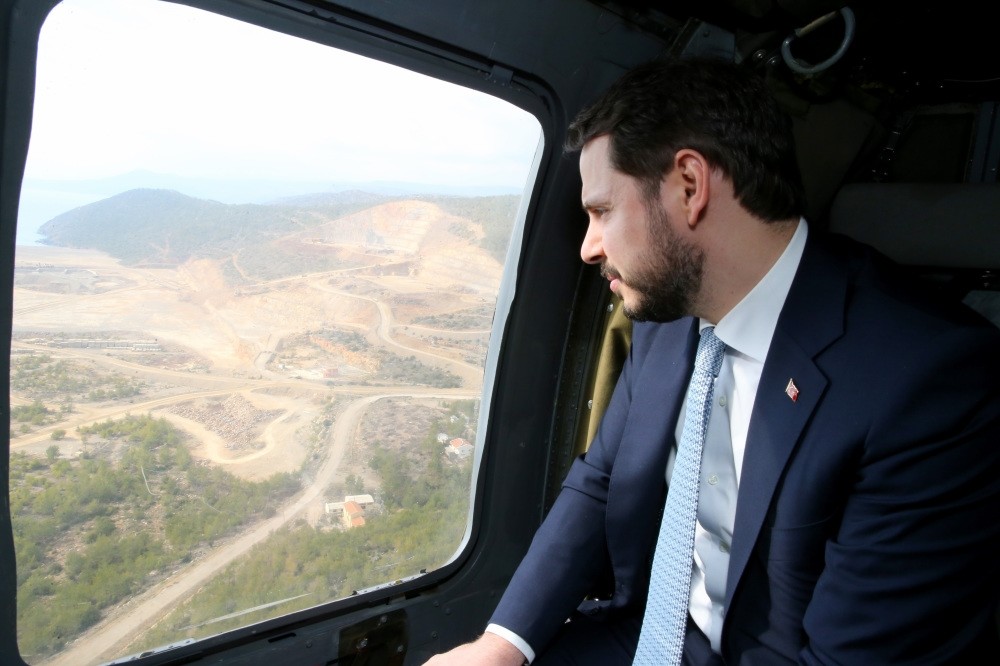 Energy and Natural Resources Minister Berat Albayrak paid a visit the construction field of the Akkuyu nuclear power plant, which will be the first nuclear energy plant in Turkey, and announced the plant will be operational by 2023. "We plan to take Akkuyu into service in 2023," said the minister on Friday. Examining the field, Albayrak underlined that the plant will have the highest of international security standards and will use 3+ technology.

The nuclear plant in the southern province of Mersin is the first of three nuclear power plants Turkey currently plans to build to reduce its dependence on imported energy from exporters. Turkey launched the construction of its first nuclear power plant in negotiations with Russia in 2010 for greater energy independence. The $20 billion project will consist of four units, each of which will be capable of generating 1,200 megawatts of electricity.

Rosatom is constructing the Akkuyu power plant and it is expected that the facility will produce approximately 35 billion kilowatt-hours of electricity per year once completed. Its service life is estimated to last 60 years. Akkuyu power plant is forecast begin operating in 2023 at the latest.

A second plant will be built by a French-Japanese consortium in the northern city of Sinop near the Black Sea, while former Energy and Natural Resources Minister Ali Rıza Alaboyun announced in October of last year that the country's third nuclear power plant will be built in the İğneada district in the northwestern province of Kırklareli.