Turkey to experience no gas shortages in winter 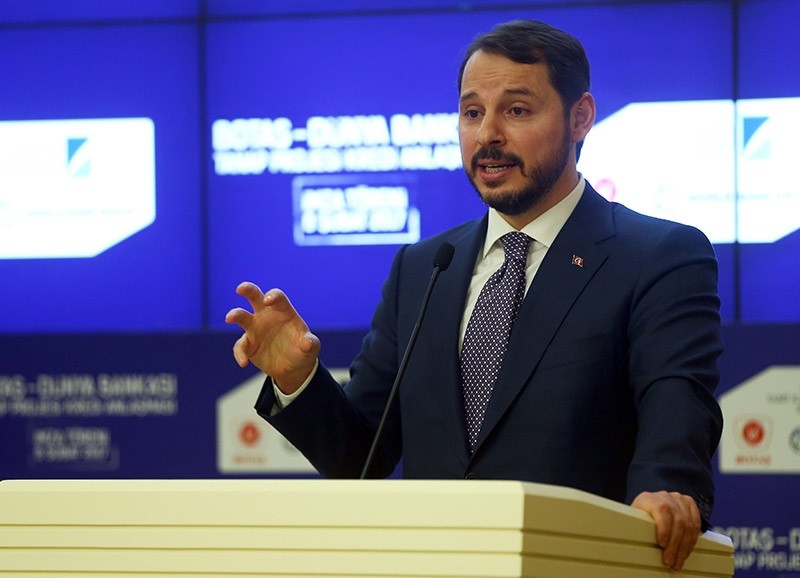 Energy and Natural Resources Minister Berat Albayrak said on Sunday that all necessary measures have been taken to ensure that Turkey will not experience gas shortages in winter anymore.

Albayrak stated that Turkey's natural gas consumption was increasing due to the country's development, the proliferation of natural gas and the increase in industrial production. He added that seasonality also played a large role in gas consumption.

Turkey reached a record high on the first Monday of 2016 with 232 million cubic meters of natural gas consumption, which was managed without any problems, the Energy Minister said.

Albayrak explained that there had previously been some problems in the winter months, as Turkey's consumption rose while the pressure in the system was decreasing due to technical problems in source countries, adding that those days were now in the past.

The aim for the winter months in 2017 has been set as 107 million cubic meters daily, with the increased capacity of the current LNG terminal and a second Floating Storage and Regasification (FSRU) unit.

Albayrak said that Turkey's daily average natural gas consumption in winter was between 200 and 250, and explained why the ministry intended a daily minimum of 300 million cubic meters in the system.

The Energy Minister also announced that the ministry was preparing a book on Turkey's energy policy and said that the basic strategies of the energy policy should remain the same even if ministers changed.