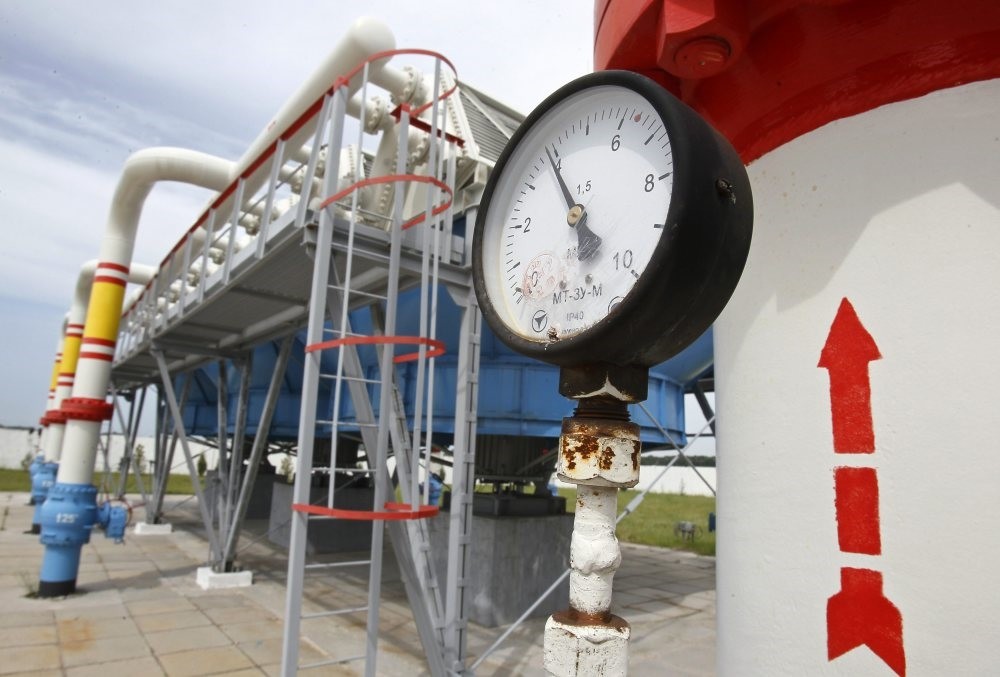 Determined to increase its energy supply security and realizing the importance of LNG in this process, Turkey plans to raise its current daily natural gas capacity of 223 million cmb to 400 cmb in the middle term with new LNG investments

As the daily natural gas capacity provided by Turkey's national system is expected to reach 400 million cubic meters (cbm) - with an increase of 171 million cbm over the next five years - capacity expansion studies at the Lake Tuz storage facility and liquefied natural gas (LNG) terminals and the activation of the second floating LNG plant will satisfy the rising natural gas demand.

Turkey is currently able to supply 223 million cbm of natural gas to its national network via a floating LNG vessel (FSRU), which started operation in December 2016 in Aliağa, İzmir.

The aim to increase the said amount up to 400 million cbm per day with new projects will be carried out over a five-year period.

In the first stage, a second floating LNG vessel, which will be owned by Turkey's Petroleum Pipeline Corporation (BOTAŞ), will be commissioned by the end of this year to provide 20 million cbm of additional natural gas to the system.

2nd vessel to dock in Tarsus or Saros

The second floating storage and regasification unit (FSRU) will be docked at either the Port of Tarsus in the Mediterranean or the Port of Saros in Thrace, suppling gas to the national system.

Moreover, the daily gas compression capacity of the Egegaz LNG terminal in İzmir's Aliağa region will be increased from 24 million cbm to 40 million cbm this year.

The daily capacity of BOTAŞ's Marmara Ereğlisi LNG Terminal will be increased from 22 million to 27 million cubic meters within the next year.

The Silivri Natural Gas Storage Facility, which can supply 25 million cbm of gas per day to the system with its current natural gas storage capacity, will be increased to 75 million cbm per day by 2020.

The annual storage capacity of the Silivri Natural Gas Storage Facility will be increased from 2.3 billion to 5 billion cbm in 2020.

The Lake Tuz Underground Natural Gas Storage Facility, opened by President Recep Tayyip Erdoğan, will have a working gas capacity of 550 million cbm in the first stage. While this amount is currently stored in six completed caverns, the total operational gas capacity will reach 1 billion cbm upon the completion of six additional caverns.

When the facility begins operating at full capacity on the specified date in 2020, 44 million cubic meters of natural gas will be supplied to the system per day.

In addition, the capacity expansion projects in the facility, announced by President Erdoğan, will be completed in 2022.

From the facility, which will reach a total natural gas storage capacity of 5.4 billion cbm with an additional investment of $2 billion, 80 million cbm of gas will be supplied to the national grid system per day.

This capacity will be stored in a total of 60 artificial caves. As a result, for the first time, a gas storage facility's operation will continue while the capacity expansion construction is being carried out within the same facility.

A new storage capacity of 171 cbm

Turkey's daily capacity, which is currently 223 million cbm, will reach 394 million cbm with the addition of 171 million cbm in total. The said amount will gradually be added in the medium term with 41 million cbm this year during the first stage, along with new investments in natural gas storage and LNG.

Meanwhile, considering the fact that the daily contribution of Azeri gas - which will be delivered to Turkey through the Trans Anatolian Natural Gas Pipeline (TANAP) starting in mid-2018 - is expected to be 5.7 million cbm in the first stage, the daily supply amount will reach 400 million cbm.

Pointing out that natural gas consumption is increasing, Energy and Natural Resources Minister Berat Albayrak said: "On the first Monday after the new year, the record was broken with 232 million cbm. We managed it smoothly."

Turkey's daily natural gas consumption is estimated to be around 300 million cbm by 2022.
RELATED TOPICS