Seven billion tons of lignite reserves to be converted into electricity 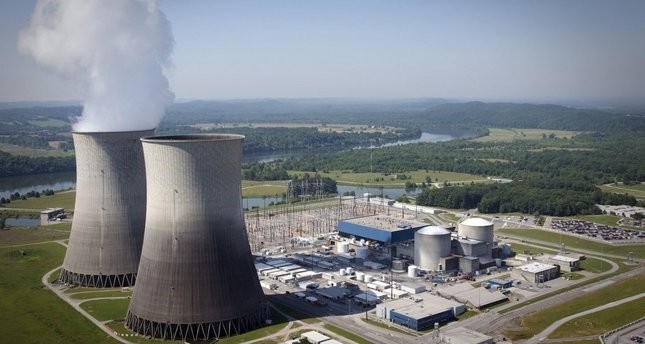 by Barış Şimşek Feb 20, 2017 12:00 am
Coal will be the key driving force in achieving Turkey's objective to shift its energy policy to that of an "energy exporting country" by the 2020s, moving it away from its current status as a country that relies on energy imports. After the tender regarding the first model of generating electricity from domestic coal in Çayırhan, bids for power plant construction projects in the district of Dinar in Afyonkarahisar, Elbistan district in Afşin, Karapınar district in Konya and Ergene district in the province of Thrace will be held under the government's auspices to make the process of new model investments easier for potential investors; namely, for the acquisition of the Environmental Impact Assessment (ÇED) report and nationalization. Companies which pledge to produce the cheapest electricity will convert nearly 7 billion tons of lignite reserves into electricity while two-thirds of energy will be generated from domestic resources.

In an attempt to reduce Turkey's dependence on foreign energy resources and to introduce renewable energy resources to the economy, the government will focus on domestic coal production as the key driving element behind the shift.

The Energy and Natural Resources Ministry aims to have two-thirds of the country's energy generated from domestic resources by the 2020s, thus accelerating studies to produce electricity from coal with a new model that will offer an opportunity to consume cheaper electricity to people while boosting the coal mining industry.

The Energy and Natural Resources Ministry is continuing to explore lignite and specify reserves in the provinces of Istanbul, Ankara, Denizli, Afyonkarahisar, Aydın, Tekirdağ, Edirne, Muş, Amasya, Karabük and Çankırı and aims to increase the amount of electricity generated from domestic coal to 60 billion kilowatt hours (KWH) annually by the end of 2019 in order to meet a large portion of Turkey's energy needs through domestic coal.

The ministry is also conducting research and development (R&D) projects on the consumption of coal in a more environmentally friendly way while pioneering the versatility of coal for further economic gains. Thanks to the ongoing projects, low-calorie coal reserves will also be turned into an economic gain. The ministry has initiated a joint study with the Scientific and Technological Research Council of Turkey (TÜBİTAK) in order to design a system that is able to burn low-calorie lignite.
RELATED TOPICS