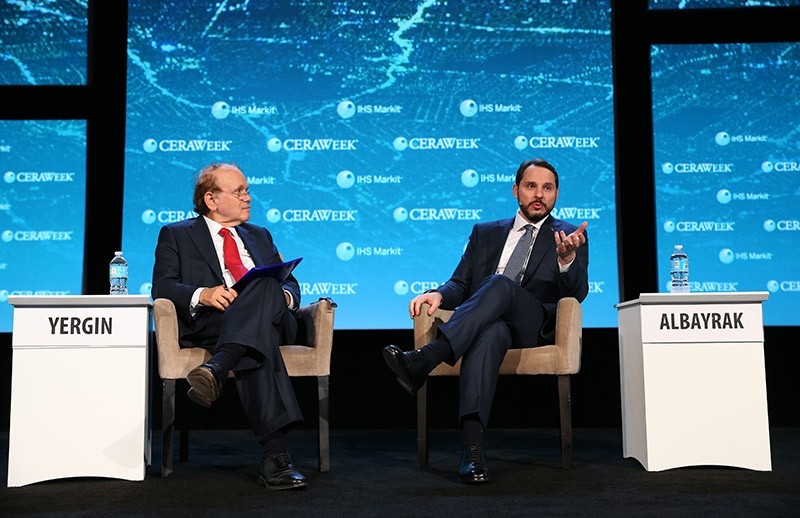 "More than half of our electricity generation is from gas," he told the IHS CERAWeek energy conference in Houston, Texas. "This can't be sustainable, so we changed this strategy.

"We are aiming to diversify our natural gas portfolio in the following years."

The last 15 years have seen Turkey's GDP rise from $200 billion to more than $800 billion, while public debt to GDP ratio shrunk from 80 percent in 2002 to around 30 percent today.

"You have to invest in energy to meet this growth and your growth targets," Albayrak said.

The country is investing heavily in liquid natural gas and ships to transfer the fuel and has largely moved from the domestic use of coal to natural gas.

"We ended up having huge diversification in the last 10-15 years," Albayrak said, referring to the gas market. "Today, in 78 cities out of 81, we have a gas infrastructure."

Turkey consumed close to 50 billion cubic meters of natural gas last year, more than half of it from Russia.

"Instead of relying on specific sources, we are aiming at diversification right now," the minister said. "We need to increase supply security. This is crucial for the region and for European markets as well."

Albayrak also explained that energy projects in Turkey were crucial to regional peace and stability.

"We are working towards bringing gas via pipeline from the eastern Mediterranean to Turkey's internal market and then to European markets," he added.

Albayrak said nuclear energy would play a significant role in energy diversification. Two nuclear plants are currently under construction at Akkuyu on the Mediterranean coast and Sinop on the Black Sea.

"Nuclear should be at least 10 percent of total electricity generation capacity," he said. "By 2023, the first reactor on our first nuclear plant will become operational and the second plant's first reactor will be launched around 2025."

While the cost of renewable energy has dropped significantly in recent years, Turkey's investment has increased in these projects, the minister said. "In 2016, we installed 1,400 megawatts in the system."

When complete, the Konya-Karapınar Renewable Energy Resources Area Project is expected to be one of the largest solar farms in the world, with a capacity of 1,000 megawatts.

"It will have a 15-year purchase guarantee without any currency risk," Albayrak said.

Albayrak said Turkey aims to get at least two-thirds of its energy from local sources and invited investors to participate in the country's energy sector.

"In the last 15 years, most of the private investors made a significant return on top of their investments," he said.

"We created an investment-friendly environment that is financially feasible, in which investors, people and the government win."