Oil dives over 5% in largest daily loss in 13 months 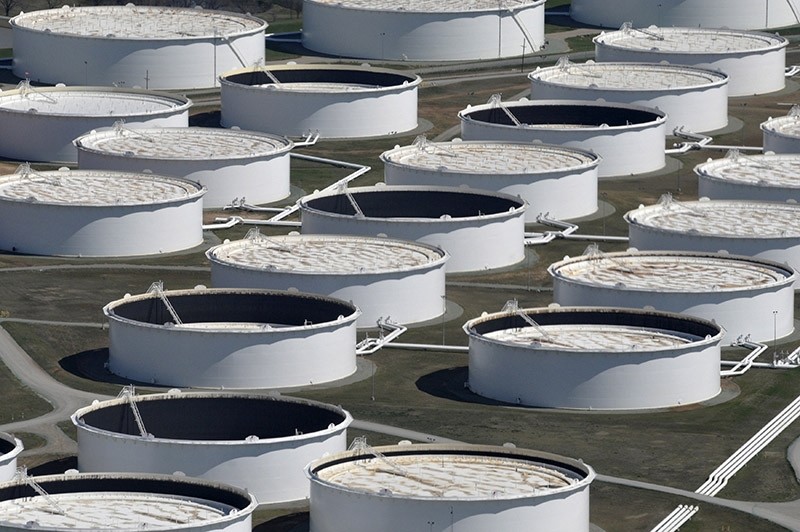 Crude oil storage tanks are seen from above at the Cushing oil hub, appearing to run out of space to contain a historic supply glut that has hammered prices, in Cushing, Oklahoma, U.S. on March 24, 2016. (Reuters Photo)
by Daily Sabah Mar 08, 2017 12:00 am

Oil prices hit the lowest level of 2017 on Wednesday, leading to their biggest one-day percentage drop since February last year.

According to U.S. government data, domestic-crude supplies rose from 8.2 million to 528.4 million barrels, corresponding to the highest recorded level.

April West Texas Intermediate crude lost $2.86, settling for $50.28 a barrel on the New York Mercantile Exchange, which made up the lowest finish for a front-month contract since early December.

The sharp decrease in crude oil futures also put pressure on the Dow Jones Industrial Average and the S&P 500 index, with the energy sector posting the highest decline of the broad-market benchmark's total of 11 sectors.