Undaunted by oil bust, financiers pour billions into US shale 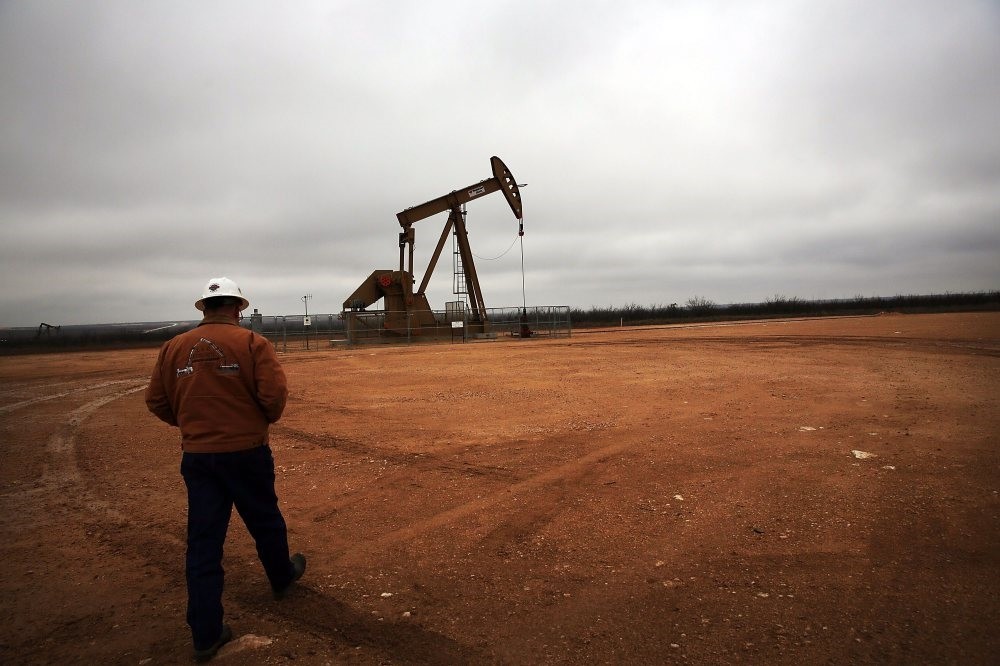 An oil well owned and operated by the Apache Corporation in the Permian Basin in Texas.
by reuters
Apr 18, 2017 12:00 am

The reason behind investors' increasing interest in the U.S. shale sector is not the recovery of oil prices, rather the achievement of producers in reducing costs, cutting up to half the cost of pumping each barrel

Investors who took a hit last year when dozens of U.S. shale producers filed for bankruptcy are already making big new bets on the industry's resurgence.

The quickening pace of investments from private equity, along with hedge funds and investment banks, comes even as the recovery in oil prices from an 8-year low has stalled at just over $50 per barrel amid a stubborn global supply glut.

The shale sector has become increasingly attractive to investors not because of rising oil prices, but rather because producers have achieved startling cost reductions - slashing up to half the cost of pumping a barrel in the past two years. Investors also believe the glut will dissipate as demand for oil steadily rises.

That gives financiers confidence that they can squeeze increasing returns from shale fields - without price gains - as technology continues to cut costs. So they are backing shale-oil veterans and assembling companies that can quickly start pumping.

"Shale funders look at the economics today and see a lot of projects that work in the $40 to $55 range" per barrel of oil, said Howard Newman, head of private equity fund Pine Brook Road Partners, which last month committed to invest $300 million in startup Admiral Permian Resources LLC to drill in West Texas.

Data on investments by hedge funds and other nonpublic investment firms is scant, but the rush of new private equity money indicates broader enthusiasm in shale plays.

"Demand for oil has been more robust than anyone imagined three years ago," said Mark Papa, chief executive of Centennial Resource Development Inc.

Papa referred to the beginning of an international oil price crash in 2014, which took many firms in the shale sector to the brink of bankruptcy.

Centennial is a Permian oil producer backed by private equity fund Riverstone. Papa, a well-known shale industry entrepreneur, built EOG Resources Inc into one of the most profitable U.S. shale producers before he retired in 2013.

The chance to further develop the Permian, he said, was enough for him to come out of retirement to deliver one of its bigger recent successes. The value of Riverstone's original $500 million investment has grown nearly four times since Centennial's initial public offering last fall.

'A TON OF PRIVATE CAPITAL'

NGP's investment was effectively a bet that Luxe could repeat its success of early 2016.

Then, NGP contributed about $250 million to Luxe, which used the money to acquire land in the Permian - and sold it seven months later for a double-digit profit.

This year's drilling rush could be tested if global supplies grow too fast or if demand cools. The U.S. drilling rig count is rising at its fastest pace in six years and U.S. crude stockpile are close to 533 million barrels - near an all-time high and enough to supply the United States for 25 days.

But some investors say even a decline of $10 in the oil price would not dissuade them.

"There is a ton of private capital to invest in the U.S. oil industry," said Gerrit Nicholas, co-founder of private equity fund Orion Energy Partners.

Nicholas said he is comfortable lending even if oil prices fall to $40 per barrel.

Orion this month helped finance the expansion of a Florida oil-storage terminal, a move predicated in part on growth in U.S. oil exports. Since the U.S. lifted its oil export ban last year, crude exports have climbed to about 746,000 barrels per day, according to U.S. Energy Information Administration data.

The oil industry has seen boom-and-bust cycles since the first well was drilled about 160 years ago, and industry and government have sought to tame the volatility for just as long.

Texas regulators set output quotas from the 1920s through the 1970s, a practice that served as a model for the creation of the Organization of the Petroleum Exporting Countries (OPEC).

The U.S. boom has caused concern among OPEC member nations ahead of its meeting next month in Vienna, where they will consider extending oil production cuts that first took effect in January. Investors believe the cartel's members will extend the cuts because it is in OPEC's financial interest to prevent a steep drop in oil prices.

That likely will keep money flowing to nimble U.S. oil producers and the companies that provide them with services and equipment. Investors see the United States as the new swing producer, having the ability to quickly increase supply in response to any sudden increase in demand.

CSL has invested in several oilfield service business in the past year. It partnered with Goldman Sachs and Baker Hughes Inc, for instance, to create a shale services company.

Centennial's Papa expects the flood of fresh capital to push U.S. production up 23 percent to 11.3 million barrels a day (bpd) by 2020, based on strong demand for oil.