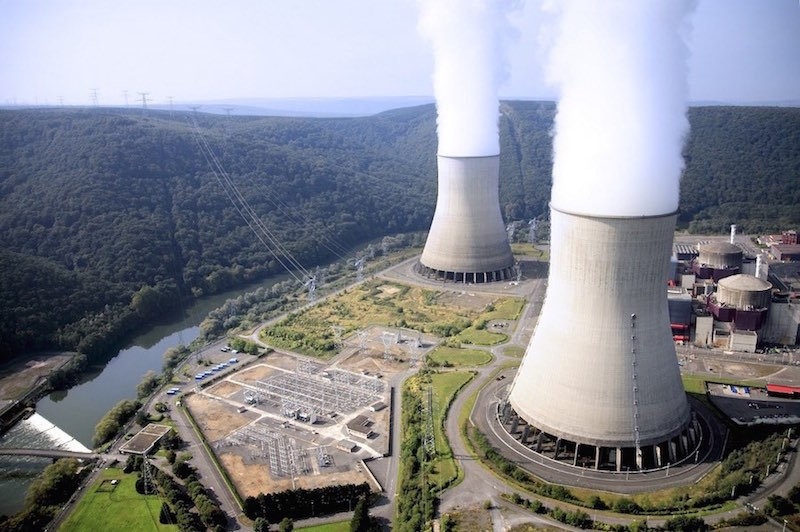 by Daily Sabah May 15, 2017 12:00 am
President Recep Tayyip Erdoğan met with his Chinese counterpart President Xi Jinping and leaders from different countries in Beijing before the One Belt One Road (OBOR) international summit on Saturday. According to presidential sources, President Erdoğan and his counterpart Xi Jingping agreed on the acceleration of the construction of the third nuclear power plant in Turkey.

Moreover, Erdoğan and Jingping's meeting, the fourth in recent months, predominantly featured discussions on economic relations. In addition, the construction of the third nuclear power plant in Turkey was also discussed while intentions to accelerate the process were reiterated.

It was also stated that the previously established e-commerce platform had grown successfully and the need to increase business cooperation in port management and shipbuilding issues was expressed. During the summit the intention was declared for further cooperation covering the import-export balance, and investment and banking issues.

Meanwhile, Turkey launched construction of the Akkuyu nuclear power plant, which will be the first nuclear energy plant in Turkey, in negotiations with Russia in 2010 for greater energy independence. The $20-billion project will consist of four units, each of which will be capable of generating 1,200 megawatts (MWs) of electricity. The nuclear plant in the southern province of Mersin is expected to be operational by 2023. Russian giant Rosatom is constructing the Akkuyu power plant and the facility is expected to produce approximately 35 billion kilowatt-hours (kwhs) of electricity per year once completed. Its service life is estimated to be 60 years.

A second plant is due to be built by a French-Japanese consortium in the northern Black Sea city of Sinop, while former Energy and Natural Resources Minister Ali Rıza Alaboyun announced in October of last year that the country's third nuclear power plant will be built in the İğneada district in the northwestern province of Kırklareli.
RELATED TOPICS