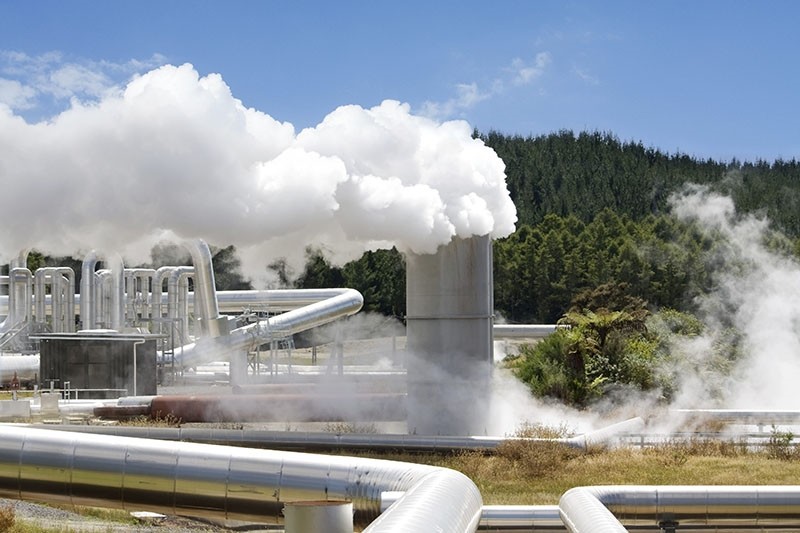 Although global geothermal energy is experiencing continuous growth in installed power generation capacity, Turkey is the trailblazer in this sector's development, according to ThinkGeoEnergy on Thursday.

Turkey, with the addition of over 800 megawatts (MW) in various stages of development, is on track to be a world leader. The country generates more geothermal energy than key markets such as New Zealand, Italy, and Mexico.

Alexander Richter, the principal of ThinkGeoEnergy, an Iceland-based geothermal-focused advisory firm, said that Turkey ranked seventh with an installed capacity of 858 MW.

"Turkey was ranked 14th on the list of countries with installed geothermal power generation capacity back in 2008. Making great progress, the country has now moved up, according to figures by JESDER, the Geothermal Power Plant Operators Association of Turkey," Richter told Anadolu Agency.

Turkey's energy demand has been, and continues to be strong, he added. The country's strategy to supply most of its energy needs from domestic resources such as solar, wind, geothermal and hydro, have been supported with government initiatives and subsidies.

Turkey is now able to tap into a local, natural resource that provides them with clean and sustainable energy, independent from imports and price fluctuations, Richter said.

The country instituted a progressive and favorable feed-in-tariff mechanism, along with financial support from institutions such as the World Bank, World Bank member International Finance Corporation and the European Bank for Reconstruction and Development.

Over the last decade, the growth in Turkey's natural gas and energy demand was second only to China. The country is geographically located in close proximity to more than 70 percent of the world's proven oil and gas reserves.

Additionally, the country offers major East-West corridors within the region. Turkish Renewable Energy Resources Support Mechanism offers a feed-in tariff of $0.073 per kilowatt-hour (kWh) for wind and hydropower projects, $0.105 for geothermal facilities and $0.133 for solar energy and biomass geothermal plants.

The tariffs are currently available for renewable energy projects that will be operational at the latest by year-end 2020.

"A favorable legal framework, with support from Turkish banks, in conjunction with the aforementioned funding from the World Bank and EBRD, enabled Turkish developers to drive rapid and continuous progress for the past 8-10 years," Richter said.

He also stated that the World Bank had created an additional incentive for development through a $290 million funding package intended specifically for geothermal development. This money is designated for Turkish banks so that they may offer competitive loans that will encourage further exploration and expansion of geothermal energy. This support is set to strengthen the international position of Turkey's geothermal industry.

At a geothermal workshop, which plans to take place at the IGC Turkey - International Geothermal Conference - in Izmir starting May 22, the World Bank will present the key elements of its support to Turkey's geothermal sector, the risk sharing mechanism for resource confirmation and loan facilities for resource development.