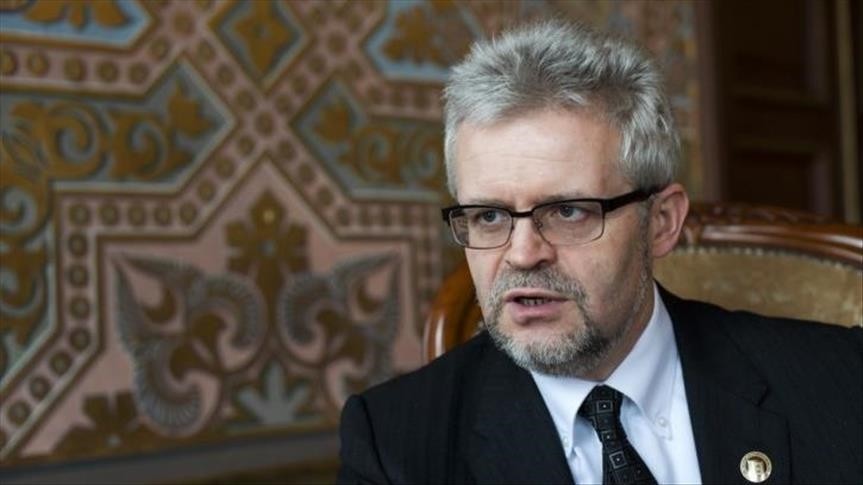 Turkey would have every opportunity to become an energy hub for southeast Europe if it had sufficient physical gas storage required to trade the large volumes of gas passing though its territory, Urban Rusnak, secretary general of the International Energy Charter said.

On the sidelines of Ashgabat International Energy Charter Forum, Rusnak told Anadolu Agency that Turkey is a very significant energy transit country and an important energy hub in a broader sense.

The country is trying to develop its own upstream projects in fossil fuels, but on the other hand, is also diversifying through expanding the use of renewable energy, Rusnak highlighted.

"So Turkey is becoming a laboratory of all kind of energies in production, trade and investments," he said.

If Turkey wants to pursue its goal of becoming a real trading hub, the volumes and ability to physically store these volumes will be very important, according to Rusnak.

He asserted that in order to create the conditions for a trading hub, it is not enough to be merely a transit territory with the provision of vital pipelines and interconnections, but it also requires physical storage to be able to trade large volumes of gas.

If Turkey can achieve this, then the country will be able to become a genuine hub for southeast Europe, he explained.

Rusnak hailed the importance of the Energy Charter Treaty for energy cooperation and governance, elements that would be vital to support Turkey's ambitions as a hub.

The Energy Charter Treaty was signed in December 1994 and entered into legal force in April 1998. To date the Treaty has been signed or acceded to by 52 states, and with the addition of the European Union and the European Atomic Energy Community (Euratom), signatories total 54.

"For any governance, you need rules and we have binding rules," he noted.

The Treaty provides a multilateral framework for energy cooperation and is designed to promote energy security through the operation of more open and competitive energy markets, while respecting the principles of sustainable development and sovereignty over energy resources.

Rusnak asserted that the Charter is trying to modernize these rules and expand membership to new countries.

"We are looking forward to creating something not only regional but of global importance and also relevant to the needs of upcoming decades," he said.

Turkey is one of the founding members of the International Energy Charter, which is very much adherent to the Charter, Rusnak said, adding that this was particularly seen during Turkey's G20 presidency in 2015 when the Energy Charter played an active role in G20 discussions.