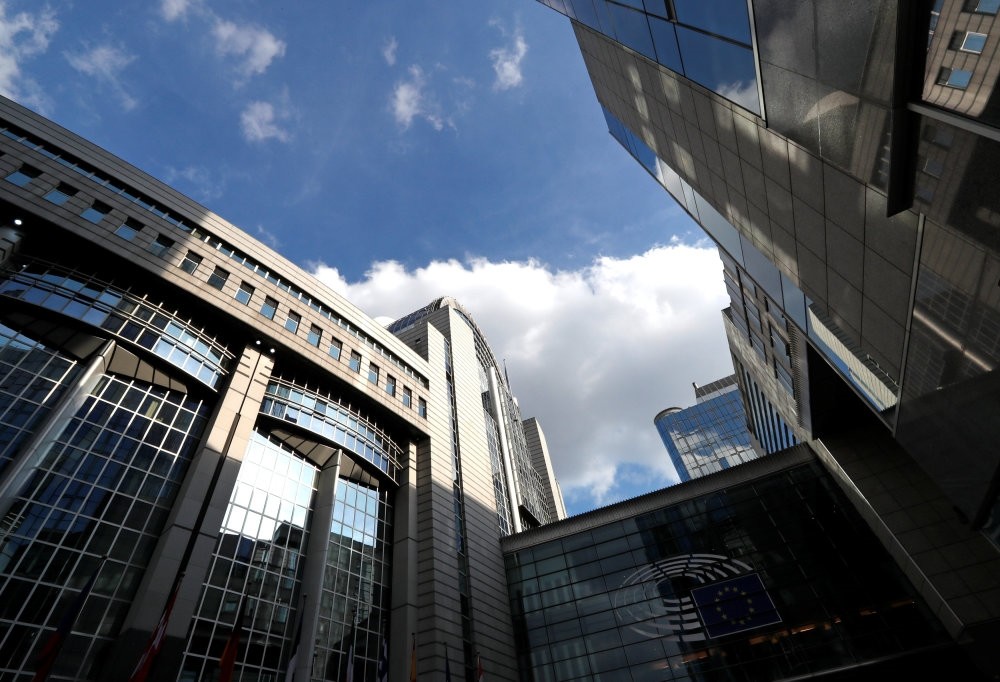 View of the European Parliament headquarters in Brussels, Belgium.
by Ali Ünal Jul 08, 2017 12:00 am

With the latest decision to suspend Turkey's accession talks, the European Parliament called on Turkey to halt the construction of the Akkuyu Nuclear Power Plant due to environmental issues, which analysts say is politically motivated and has nothing to do with hazards

The European Parliament's (EP) resolution to suspend accession talks surprisingly included a paragraph that calls on the Turkish government to halt the construction of the Akkuyu Nuclear Power Plant (NPP).

Turkish-EU relations are faced with a new crisis after the EP adopted an annual report on July 6 that suggested the suspension of accession talks with Turkey.

While the EP's call was met with bewilderment in Ankara, energy experts believe that the EP's concerns about the earthquake risks are unrealistic and the EP's call is only aimed at harming Turkey's energy supply security.

"Calls on the Turkish government to halt its plans for the construction of the Akkuyu nuclear power plant point out that the envisaged site is located in a region prone to severe earthquakes, hence posing a major threat not only to Turkey, but also to the Mediterranean region," the EP's resolution on July 6 says. The resolution also suggested that the Turkish government consult Greece and Greek Cypriot governments about further developments at the Akkuyu NPP due to environmental concerns.

Turkey is currently continuing two NPP projects, namely the Sinop NPP on the Black Sea coast and the Akkuyu NPP on the Mediterranean coast with the aim of gradually adding nuclear power into its energy mix. Indeed the country is located in a highly seismically active region and in recent years Turkey has experienced several devastating earthquakes. However, Turkey's Earthquake zoning map, which is available at the Disaster and Emergency Management Authority's (AFAD) website, clearly shows that both Sinop and Akkuyu in Mersin province are in the fourth degree earthquake zone where quakes cause little harm, if any.

Dr. Sohbet Karbuz from the Mediterranean Observatory for Energy (OME), an energy industry association in Paris, described the EP's call about Akkuyu NPP as "absurd and politically motivated, if not malicious."

In order to answer questions about Turkey's NPP projects and any potential risks, the Energy Ministry published a report in January 2016, titled "Questions and answers about Turkey's Nuclear Power Plant Projects." According to the report, the General Directorate of Exploration and Mineral Research (MTA) conducted detailed research to identify fault lines in Turkey and the research results reveal that there are no fault lines within 100 square kilometers of the Akkuyu NPP while stressing that there are examples in the world where the NPP's are built very near to fault lines. "For instance Diablo NPP in the U.S is only 10 kilometers away from the San Andreas Fault," the report says.

It also stated that the construction of Akkuyu was designed to withstand up to 9 magnitudes on the Richter scale. Sergey Kirienko, Rosatom's former director general said at the launch ceremony of the Akkuyu project in 2015 that Akkuyu is "not in an earthquake zone" and that the new plant will in any case be built to withstand earthquakes up to a magnitude of nine on the Richter scale. Kirienko added that modern reactor technology would have averted the Fukushima-Daiichi accident that occurred in Japan in 2011.

The nuclear plant in the southern province of Mersin is the first of three nuclear power plants Turkey currently plans to build to reduce its dependence on imported energy from exporters. Turkey launched the construction of its first nuclear power plant in negotiations with Russia in 2010 for greater energy independence. The $20 billion project will consist of four units, each of which will be capable of generating 4,800 megawatts of electricity. A second plant will be built by a French-Japanese consortium in the northern city of Sinop near the Black Sea. Responding to a question about the EP's resolution call to halt the Akkuyu NPP did not mention anything about the Sinop NPP project despite both of them being in the fourth degree earthquake zone, Dr. Sohbet Karpuz drew attention to the different partnership structure of the two projects. "Akkuyu is being built by the Russian Rosatom and its going to operate as a Russian-Turkish venture, however, Sinop NPP will be built by a French-Japanese consortium," Dr. Karpuz said. "I think the EP did not want to target French companies, and that is way they only expressed their so-called concern about the Akkuyu NPP," he added.