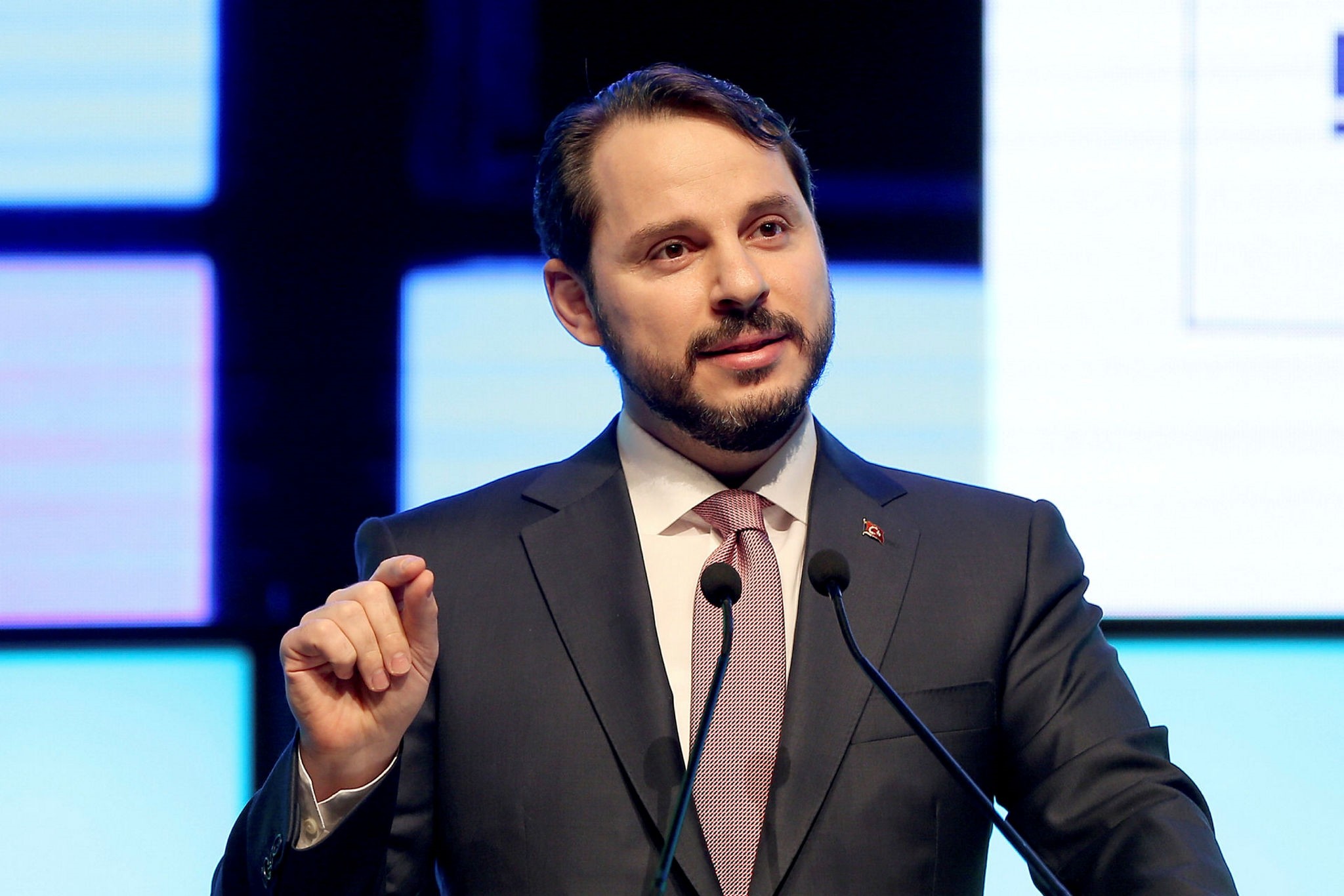 Minister of Energy and Natural Resources, Berat Albayrak said in a conference late Sunday that Turkey is a reliable partner for energy projects.

"We will support regional infrastructure projects as long as they contribute to regional peace and stability, multilateral welfare and security of supply," he added during a speech at the 22nd World Petroleum Congress in Istanbul. Among the listeners were Foreign Minister Mevlüt Çavuşoğlu and his U.S. counterpart Rex Tillerson.

"More than 2.7 billion barrels of oil have been transported through Ceyhan port in the last 12 years. Despite the instability and humanitarian crisis in our neighboring countries, we were able to complete most of the construction of TANAP, and it's already ahead of the schedule. By the second half of 2018, TANAP will be a new source of gas for Turkey and EU gas markets," he added.

The Trans-Anatolian Pipeline Project (TANAP) is the natural gas pipeline project that will carry Azerbaijani natural gas from Azerbaijan's Shah Deniz II field in the Caspian Sea, one of the world's largest gas fields, to Europe via Turkey.

TANAP is scheduled to begin carrying 16 billion cubic meters (bcm) of gas annually in 2018 or 2019 from Azerbaijan. Turkey will receive 6 bcm of natural gas, while 10 bcm, equal to about 1.5 percent of Europe's total consumption, will flow to Europe.

The TANAP project was announced in 2011 and Turkey and Azerbaijan signed a memorandum of understanding establishing a consortium to build and operate the pipeline. In June 2012 Turkish Prime Minister Recep Tayyip Erdoğan and Azerbaijani President Ilham Aliyev signed a binding intergovernmental agreement on the pipeline.

"Turkish Stream can also be considered one of those mutually or multilateral beneficial projects. It will be key to supply all segments of our Thrace region which has the highest consumption in Turkey, as well as diversifying roots for the EU. We developed collaboration with our neighbors to build up dialogue and to take real steps for cooperation," the minister noted.

The Turkish Stream project, announced by Russian President Vladimir Putin during a December 2014 visit to Turkey, will carry gas from Russia under the Black Sea to Turkish Thrace. One line, with a 15.75 billion cubic meters capacity, is expected to supply the Turkish market with a second line carrying gas to Europe.

"In this sense, Turkey, is a key, not only as a strong economy, and a safe harbor for investments, but also as a diplomatically significant regional reliable actor."

"This is why we have chosen the motto for the 22nd World Petroleum Congress which says 'TurKEY for Energy."

Turkey will continue to provide a stable and predictable environment for investments as well as contributing to multilateral cooperation to use energy as an incentive for peace and welfare," Albayrak concluded.