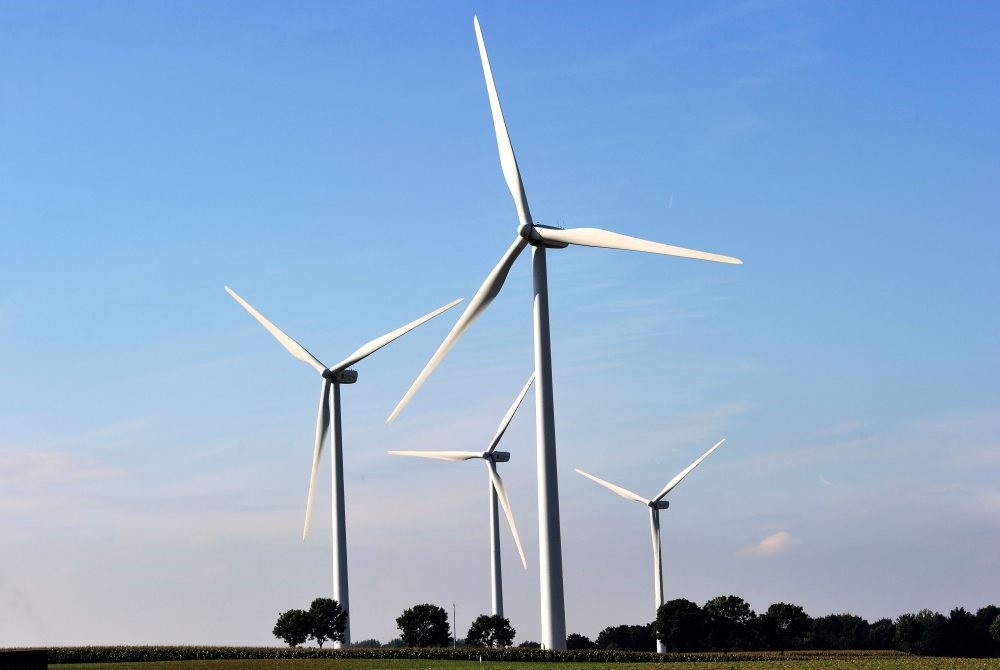 The self-transformation of the oil and gas industry and an increasing awareness from governments has led electricity spending to outstrip investments in oil, gas and coal for the first time, as investments in low-carbon generation has to keep pace with the growing global demand for electricity

In a second consecutive year of decline, global energy investment fell by 12 percent in 2016, as increased spending on energy efficiency and electricity networks was more than offset by a continued drop in upstream oil and gas spending, according to the International Energy Agency's (IEA) yearly World Energy Investment report released yesterday at the 22nd World Petroleum Congress.

The amount of global energy investment was recorded at $1.7 trillion in 2016, corresponding to 2.2 percent of global GDP. For the first time, global spending on the electricity sector exceeded that of oil, gas and coal combined. The share of clean-energy spending reached 43 percent of the total supply investment, a record high.

The report reveals that China, the world's largest energy investor, saw a 25 percent decline in coal-fired power investments last year and is increasingly focused on clean electricity generation and networks as well as energy efficiency investments. The U.S. also registered a steep decline in oil and gas investments with a 16 percent share of global spending.

Last year, India was the fastest-growing major energy investment market with 7 percent of global spending, fueled by a strong government push to ameliorate and expand its power sector.

"Our analysis shows that smart investment decisions are more critical than ever for maintaining energy security and meeting environmental goals," said Dr. Fatih Birol, the IEA's executive director and added, "As the oil and gas industry refocuses on shorter-cycle projects, the need for policymakers to keep an eye on the long-term adequacy of supply is more important. Even with ambitious climate-mitigation goals, current investment activity in oil and gas will have to rise from its current slump."

Birol stressed that despite low energy prices, the fact that spending on energy efficiency is on the rise because of strong government policies in key markets is good news.

For the first time, the report outlines the sources for investment financing across the entire energy industry. More than 90 percent of investments were financed from the balance sheets of companies, governments, and households, invigorating the importance of sustainable industry earnings in funding the energy sector.

Stabilization ahead in upstream oil, gasAfter two years of unprecedented decline, global upstream oil and gas investment is expected to stabilize in 2017. However, an upswing in U.S. shale spending contrasts with stagnation in the rest of the world, signaling a two-speed oil market. At the same time, the oil and gas industry is transforming itself by delivering large cost savings and focusing more on technology development and efficient project execution.

Global electricity investment was nearly flat at $718 billion, with growing network spending mostly balanced by fewer coal-power additions, the report demonstrates. Investment in renewable-based power capacity, the largest area of electricity spending, fell by 3 percent to $297 billion. While renewable investment was also 3 percent lower than five years ago, it will generate 35 percent more power because of cost declines and technology improvements in solar photovoltaic (PV) and wind.

According to the report, investments in energy efficiency rose 9 percent to $231 billion, with China, the fastest-growing region, accounting for 27 percent of the total last year. Given the data, China will likely overtake Europe, the largest spender on energy efficiency, within a few years.

More than half of the global investments in energy efficiency went to buildings, including efficient appliances, which account for a third of the world's total energy demand.

Energy R&D is financed evenly by private money and public funding, but when it comes to low-carbon technologies the public sector takes a higher share. Although the clean energy transition hinges on scaling up innovation, overall energy R&D expenditure has not seen a rise in the past four years, nor has the clean energy component in particular. China has overtaken Japan as the world's top spender on energy R&D, on the basis of GDP share.

The World Energy Investment report also ascertained that while carbon emissions stagnated in 2016 for the third year, investment in clean electricity generation failed to keep pace with demand growth. Growth in new wind and solar PV generation is almost entirely leveled by a slowdown in final investment decisions for new nuclear and hydropower expected in the coming years.