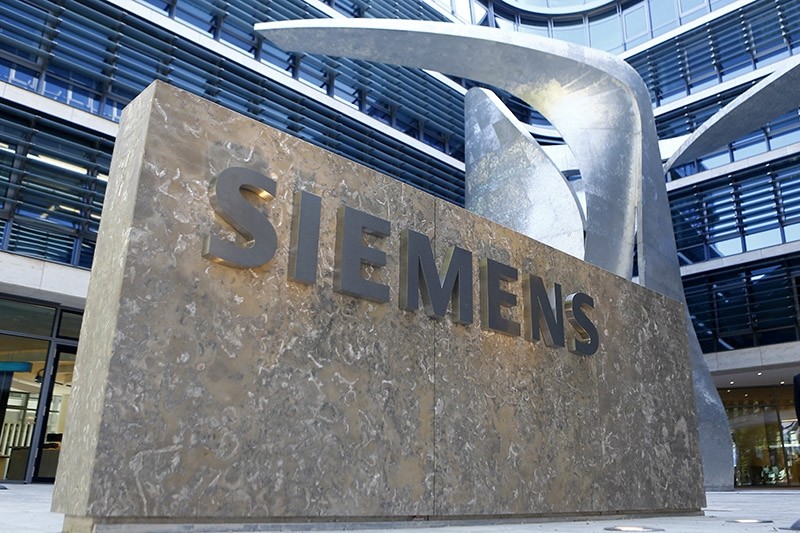 In this June 24, 2016 file photo the logo of German industrial conglomerate Siemens is pictured prior to the opening ceremony at the new headquarters in Munich, Germany. (AP Photo)
by Compiled from Wire Services Jul 21, 2017 12:00 am

German industrial group Siemens will exit its Russian power-plant joint venture Interautomatika following a scandal that saw four gas turbines it sold for use in Russia turn up in Crimea, a region subject to EU sanctions on energy technology.

The Munich-based group said on Friday it had not yet uncovered any indication of violations of export-control regulations, but said it did now have credible information that the four of the turbines were in Crimea.

"This development constitutes a blatant breach of Siemens' delivery contracts, trust and EU regulations," it said in a statement. "Siemens will fully divest its minority interest in the Russian company Interautomatika."

Sources have told Reuters that Interautomatika was involved in the installation and commissioning of the turbines in Crimea.

The company said in a statement that it is pursuing criminal charges against the individuals responsible at its customer, Technopromexport (TPE), as well as legal action to halt any further deliveries to Crimea and have equipment already diverted returned to southern Russia's Taman.

In addition, Siemens said that it "will halt power generation equipment deliveries from existing contracts to state-controlled customers in Russia for the time being." During the pause, it said it will put in place a new control system that greatly exceeds legal requirements to prevent a repeat.

Siemens said it also "has initiated the termination process of a license agreement with Russian companies in the area of equipment supply for combined-cycle power stations."

The German group said it had reviewed its licensing agreements with Russian companies associated with the matter, and was reviewing potential collaboration between its subsidiaries and other entities around the world regarding deliveries to Russia.

The European Union allows the export of power generation equipment to Russia, but not to Crimea, which was annexed by Russia from Ukraine in 2014.