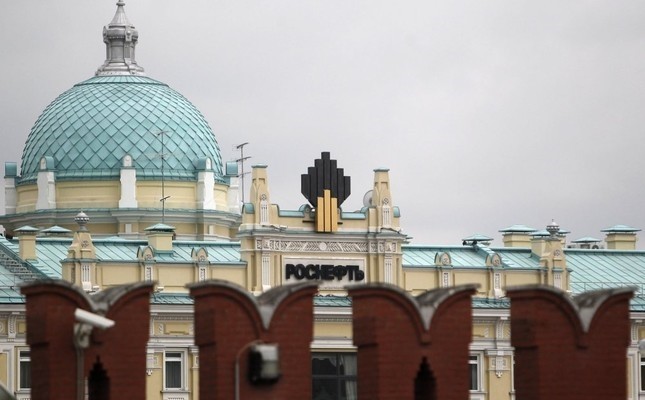 Chinese conglomerate CEFC will buy a 14.16 percent stake in Russian oil major Rosneft for $9.1 billion from a consortium of Glencore and the Qatar Investment Authority, strengthening the energy partnership between Moscow and Beijing.

CEFC China Energy has grown in recent years from a niche oil trader into a sprawling energy conglomerate and the transaction will allow China, the world's second largest energy consumer, to boost cooperation with the world's top oil producer.

The deal comes as the United States imposes a new round of economic sanctions on Russia, making it difficult for large Western firms such as Glencore to develop partnerships and increase ties with state-owned firms such as Rosneft.

Glencore said in a statement that CEFC will buy shares at a premium of around 16 percent to the 30-day volume weighted average price of Rosneft shares without naming the price. A CEFC spokesman said the company would pay $9.1 billion.

Rosneft's market capitalisation stands at $57 billion and the deal makes it one of the largest investments ever made by China into Russia.

Glencore and QIA will retain stakes of 0.5 percent and 4.7 percent in Rosneft respectively.

The Kremlin has been seeking to grow ties with China, especially since the West imposed wide-ranging sanctions on Moscow to punish it for the annexation of Crimea and an incursion in east Ukraine in 2014.

Russia tops the list of Chinese crude suppliers where it competes with its arch-rival Saudi Arabia, the world's largest oil exporter.

Glencore and QIA agreed to buy a 19.5 percent stake in Rosneft in December 2016 for over 10.2 billion euros to help the Kremlin plug budget holes.

The transaction coincided with expectations of political detente between Moscow and Washington after Donald Trump became U.S. president and pledged to improve ties with Moscow.

Rosneft is run by Igor Sechin, a close ally or President Vladimir Putin, who awarded special state decorations to the head of Glencore Ivan Glasenberg for executing the transaction.

The transactions has, however, raised a lot of questions among bankers and market analysts.

Glencore and QIA never disclosed the final beneficiaries of the stake and Intesa could not syndicate the loan from other banks to share risks as most lenders declined to get involved because of new sanctions on Russia.

Last month, Washington imposed further sanctions on Moscow in the strongest action against Russia since 2014 - in part as a response to conclusions by U.S. intelligence agencies that Russia meddled in the presidential election.

On Friday, Sechin said QIA and Glencore cut the stakes partially because of a decline in the U.S. dollar against the euro, which made debt servicing more expensive.

"From Rosneft's point of view, the arrival of such a partner is positive as it shows that the foreign investors still keep their interest to the Russian oil industry," said Alexander Kornilov from Aton brokerage in Moscow.

The deal has yet to close pending final negotiations and on receipt by CEFC of all necessary regulatory approvals.