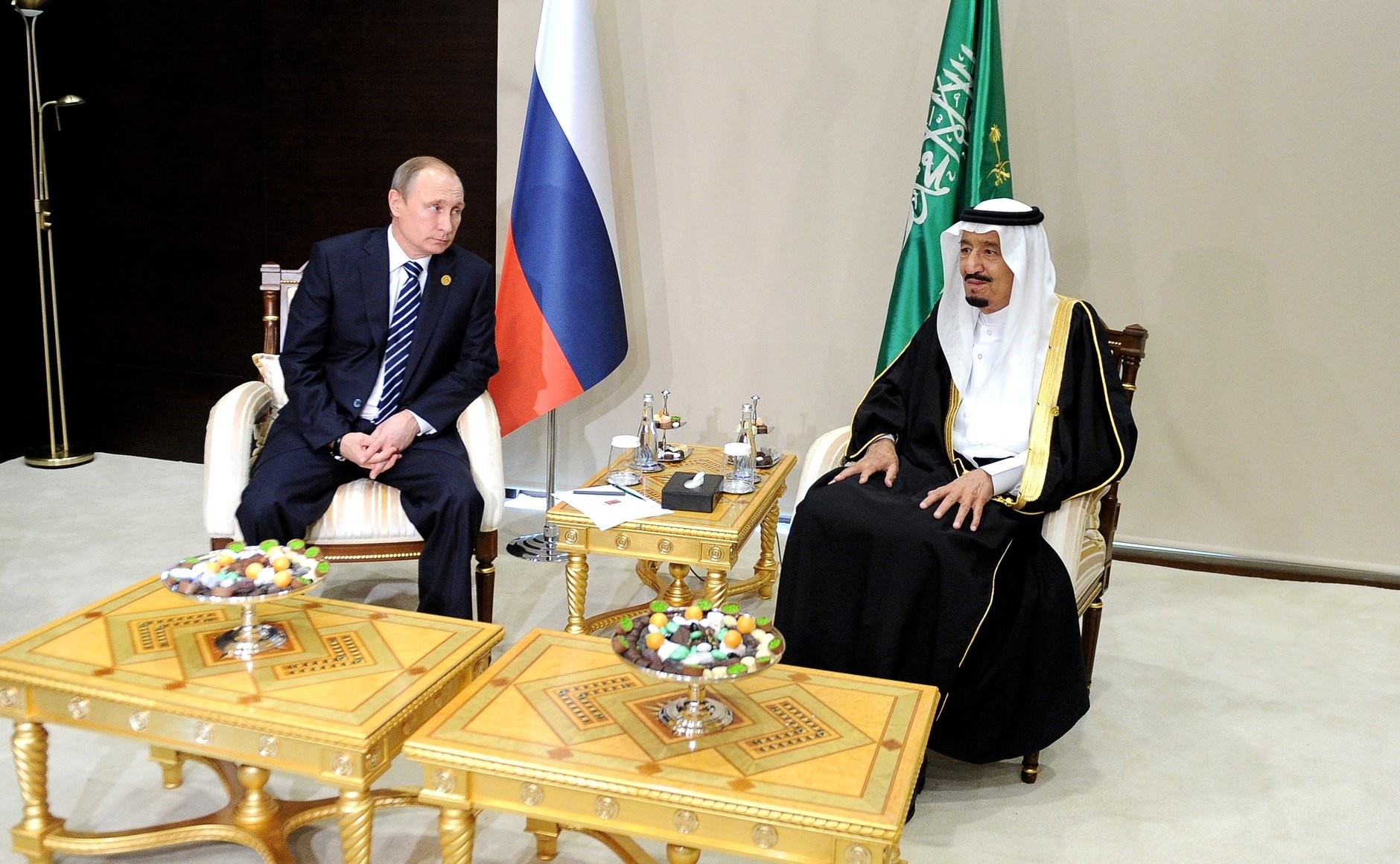 Saudi Arabia and Russia plan to set up a $1 billion fund to invest in energy projects, Russian Energy Minister Alexander Novak said in a interview broadcast by Al Arabiya TV on Monday.

The fund, to be finalized during a visit by Saudi King Salman to Moscow, was part of efforts by two of the world's biggest oil producers to expand cooperation, he said.

"Our focus is not just on strengthening our cooperation within the framework of the OPEC and non-OPEC (agreement) but also the strengthening of cooperation in oil, gas, electricity renewable energy and other projects for oil and gas equipment," he told the television channel regarding the fund's activities.

Both the Kremlin and Saudi state news agency SPA said Monday that King Salman will be coming for talks with Russian President Vladimir Putin on Thursday.

During the visit, the two leaders will discuss "bilateral relations and review regional as well as international issues of mutual interest," according to the Saudi press statement.

Saudi Arabia, the biggest oil producer in the Organization of the Petroleum Exporting Countries, and Russia helped forge a deal between OPEC and other producers to cut output by 1.8 million barrels per day from January to lift crude prices.

Oil prices, which slumped in the past three years, have climbed to about $56 a barrel but are still around half the level they were in mid-2014.

"We are working on a number of agreements and we will announce them during the visit," Novak said of the Saudi-Russian efforts to expand their cooperation in the energy industry.

A Russian energy source told Reuters that a memorandum of understanding (MoU) was expected to be signed between Novatek and Saudi Arabia on a liquefied natural gas (LNG) project, known as Arctic LNG-2, that aims to start up in the 2020s. It is Novatek's second LNG project.

He said details were still being discussed. Russia would like Saudi Arabia to become a shareholder in the project but the source said there were also other roles the kingdom could take.

On Russian-Saudi cooperation in the oil market, Novak said: "I would like to reaffirm that we are satisfied with our cooperation with Saudi Arabia."

Novak said he saw oil prices stabilizing around $50 to $60 a barrel, a level he described as "suitable".