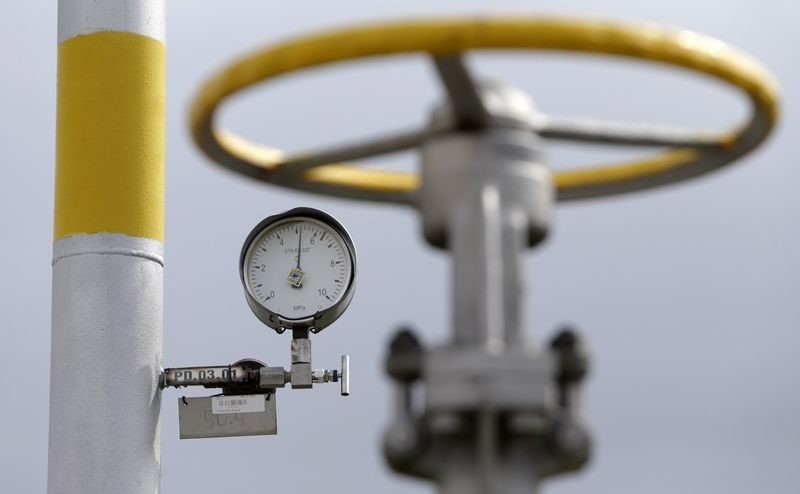 Turkey's growing energy market has culminated in innovations introduced by regulatory authorities and the country's energy watchdog. One such example has been announced by the EMRA chair, who said natural gas trading on the energy stock exchange will begin next year to institute an effectively functioning gas hub

Turkey's energy stock market, Energy Exchange Istanbul (EPİAŞ or EXİST), which was established in March 2015, will begin trading natural gas by April 2018 on a new electronic platform. The announcement came from the chairman of Turkey's energy watchdog, the Energy Market Regulatory Authority (EMRA), Mustafa Yılmaz, who spoke at the 8th Energy Summit in Antalya last week. Speaking to a group of journalists on the sidelines of the summit, EMRA Chairman Yılmaz provided details regarding the current state of the Turkish energy market.

A liberal spot natural gas market, which ensures high competition between buyers and sellers as well as better pricing mechanism, has been deemed necessary for Turkey by sector leaders, exporters and government authorities. Thus, EMRA has collaborated with the Ministry of Energy and Natural Resources to expedite and conclude the process to establish a spot gas market within EPİAŞ, Yılmaz said.

"As a result of our cooperation with the ministry, we have arranged legislative regulations to initiate effective gas trading on the energy stock exchange. Next year by April 2018, we hope natural gas will be traded on the stock market," he noted.

Citing previous attempts to start a spot market in natural gas, Yılmaz indicated that private companies operating in the natural gas industry lacked interest and attempts remained limited. However, he said that when the market first liberalized, gas companies purchased 20 percent (about 10 billion cubic meters (bcm) of gas), and the market functioned very effectively, and we witnessed the operation of a liberal gas market.

"When the contracts of private natural gas companies with Turkey's Petroleum Pipeline Corporation (BOTAŞ) are due, I am sure the they will be highly interested in trading on the stock market," Yılmaz said, emphasizing that regulations introduced by EMRA are very supportive and accommodative for private sector players in the natural gas market.

The EMRA chairman added that Turkey's international natural gas pipeline projects, such as the Trans-Anatolian Natural Gas Pipeline (TANAP), which is expected to be operational next year to carry Azeri gas from the Shah Deniz field to Europe via Turkey, is of vital importance in expanding the spot gas market functionality.

Due to Turkey's significant geographic location, situated between energy producing countries and consumer markets, such as Europe, he emphasized that Turkey is far more promising in terms of a very competitive spot gas market in which prices are determined by market dynamics and that TANAP will give further momentum to that ambition, reinvigorating the country's position as an energy hub, which in return will allow Turkey to become a very powerful player in the energy market's future.

EPİAŞ started operating in the power generation sector with day-ahead and intraday power markets. The success and effectiveness of electricity companies trading on EPİAŞ led to demand for a spot natural gas market to provide investors and gas companies with a reliable pricing mechanism and financial products with the trade of contracts and derivatives.

The European example of gas markets gave market players in Turkey, which has an incrementally growing gas demand, and the energy authorities a firm reason to believe that a spot gas market would empower Turkey in its negotiations with its suppliers, as the country is currently bound by long-term contracts.

The European experience demonstrates that the functional operation of gas hubs and open markets facilitated a lucrative gas trade and formation of low spot prices, which in turn led European market actors to successfully negotiate the terms of their long-term contracts with giant gas suppliers, such as Gazprom and others from Libya and Qatar.

As many studies and reports indicate, spot markets emerge in mature gas markets that ensure high competition between buyers and sellers (Juris, 1998a). Competition is beneficial to the gas industry as it provides high liquidity and a better pricing system by stimulating the trade of natural gas between market participants, which ultimately proves lucrative for end-consumers. One important aspect of establishing these spot markets is a geographically central position that is well supplied from various resources. Turkey, in that regard, emerges as a very attractive candidate for such markets, as authorities from the Energy Ministry and the EMRA chairman have noted.

Currently, only 20 percent of Turkey's market is liberalized, while 80 percent is still controlled by BOTAŞ, which has contracts with private sector players.