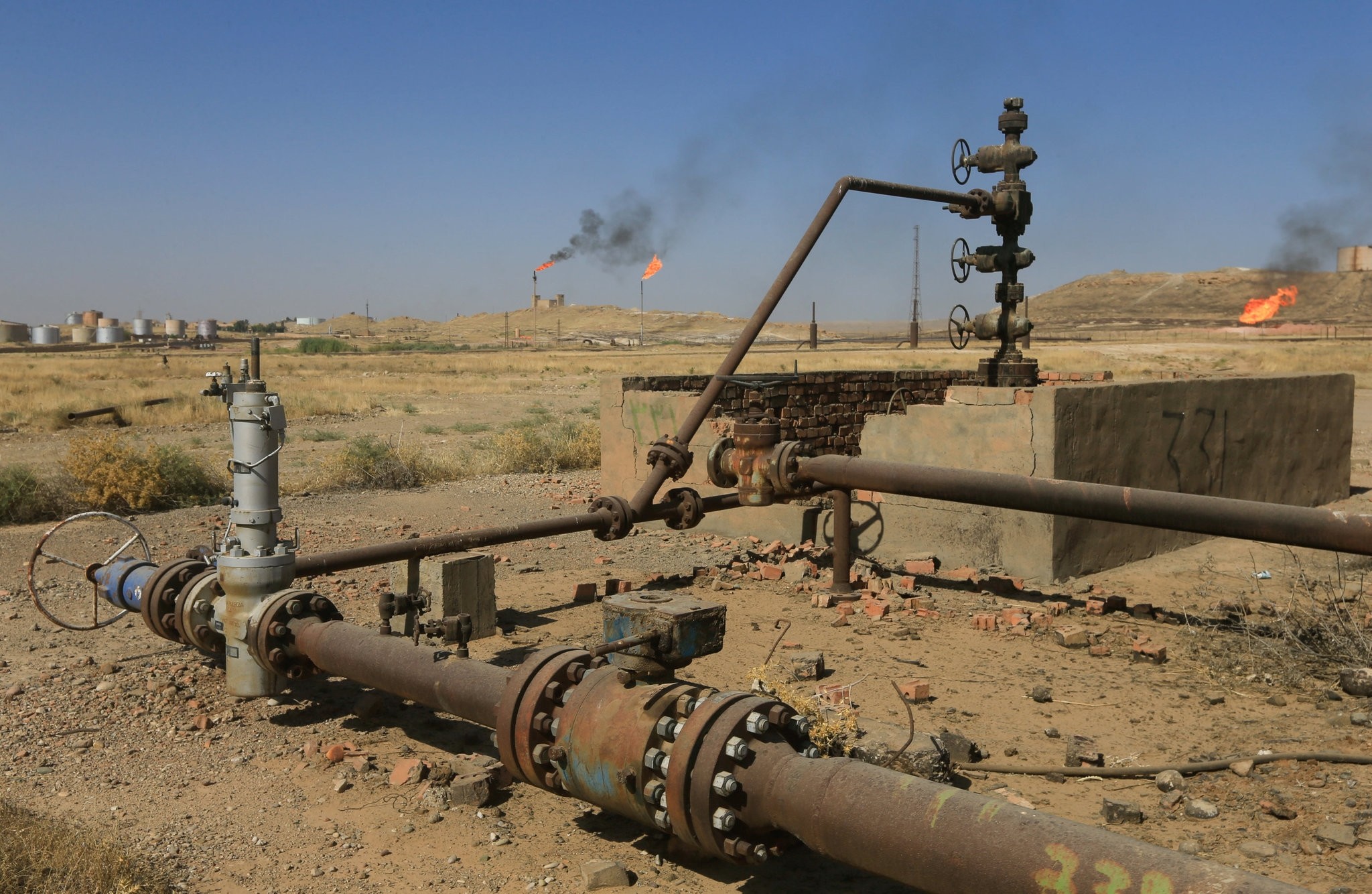 Iraq's oil minister announced on Wednesday negotiations with Turkey over exports of oil drilled from Kirkuk through the port of Ceyhan, on Turkey's eastern Mediterranean coast.

"Now we are negotiating with the Turkish government on exports of oil from the Kirkuk area via the port of Ceyhan. However, no final agreement has been reached until now," Jabar Ali al-Luaibi told reporters.

"We invite Turkey to contribute in reconstruction of [Iraqi] areas affected by clashes," Jumaili said following the meeting.

The Iraqi minister added that with improvement of infrastructure, construction of hospitals and schools, new areas for investment will open before Turkish companies.

There are five oil wells in the oil-rich Kirkuk region, two of which are controlled by the Kurdish Regional Government (KRG).

Iraq is the second-largest crude oil producer in the Organization of the Petroleum Exporting Countries (OPEC) after Saudi Arabia, and holds the world's fifth-largest proven crude oil reserves after Venezuela, Saudi Arabia, Canada, and Iran, according to the U.S. Energy Information Administration (EIA).