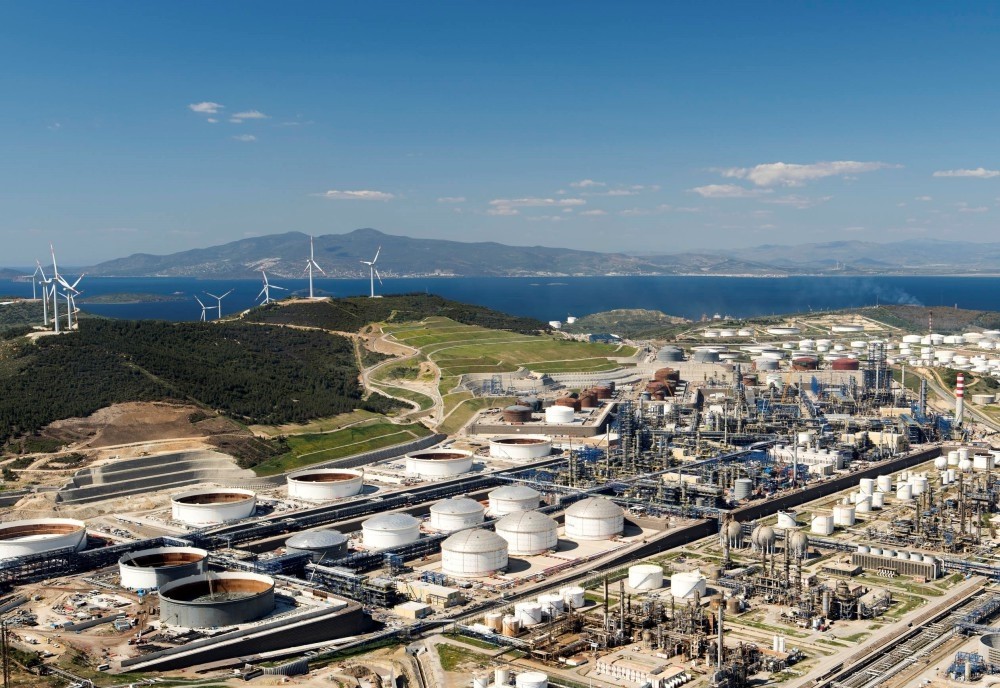 An example of Turkish-Azerbaijani energy cooperation, SOCAR's $6-billion refinery in İzmir will begin production in September 2018 with a goal to reduce imports and decrease the current account deficit while boosting employment

One of the largest energy investments Turkey has seen in the last decade was made by the State Oil Company of Azerbaijan (SOCAR), which began investing in Turkey when the company acquired the country's leading petrochemical company Petkim in 2008 for $2 billion. Now, the company is preparing to unveil the SOCAR Turkey Aegean Refinery (STAR) in the Aliağa district of İzmir in September 2018. A $6 billion investment, the STAR is the largest foreign direct investment (FDI) made in a single location. One of the most expansive oil operations in Europe, the Middle East and Africa, the STAR will have a capacity to process 10 million tons of crude oil per year and manufacture imported goods in Turkey.

Addressing a group of journalists about the STAR, General Manager Mesut İlter said the construction of the refinery started in 2011 and 96.4 percent was completed by the end of October, and by the end of this year, 97.5 percent of construction will be done.

He said the design of the refinery paid particular attention to Turkey's future oil products requirements. Therefore, İlter said, it will contribute to the supply security of raw materials in the country, reducing fuel and petrochemical imports. The STAR will not produce gasoline, but will be fully involved in the production of raw petrochemical materials.

"The STAR refinery will start operating in September 2018, and start production. It will work with capacity to process 10 million tons of crude oil, so it will produce imported goods in Aliağa," İlter said. He also drew attention to the fact that the refinery is the largest FDI from the private sector for a single location, as it required a $6 billion. He also said the STAR is the first project in Turkey with a strategic investment incentive certificate.

İlter said Turkey consumed 22 million tons of diesel in 2016 and 9.6 million tons of this consumption was produced within the country and the remaining 12.4 million was imported.

According to estimations, the consumption of diesel is foreseen to increase to 25 million tons in 2019, İlter said, adding that the 5 million tons of diesel production in the refinery makes up 20 percent of it.

"Turkey imports 7 to 8 percent of the jet fuel it consumes. However, after the STAR begins operations, there will be no need for jet fuel imports. We have also the capability to produce diesel out of a certain portion of jet fuel. Our goal at the STAR is to release all the products we produce to the domestic market in the long run," İlter said. He also indicated that LPG imports will decrease by 9 percent to 70 percent due to the production at the refinery.

İlter also said the first critical phase at the refinery was the powering work that took place on Aug. 4, and that the auxiliary transformers are currently operating. He said negotiations for crude oil contracts will begin in early 2018 and the arrival of the first vessel will be highly critical. According to the plans of the management, the first vessel will arrive at the refinery in June 2018. İlter mentioned that bringing Azerbaijani oil will have a symbolic meaning for the refinery, and afterward it will start releasing the most profitable oil in the market. He also said the first crude oil unit will operate in July 2018.

İlter said in the refinery where nearly 3,000 engineers from 14 countries work, the use of the best technologies will minimize sulfur emissions, addi

ng that 19,500 people work on the refinery's construction and that 1,000 people will be also employed when it is operational.

İlter said SOCAR has many investments on the Aliağa Peninsula such as the Petkim Petrochemical Facility, Petlim Container Port and Fuel Storage and Filling Facility.

Pointing out that they aim to get the status of the first private industrial zone on the Aliağa Peninsula, İlter said that many joint infrastructure systems can be established with this status.

İlter said the law on this subject is still very new and that many other groups are also eager to get this status. "We maintain our projects on this and we have some initiatives. A number of support and advantages will also emerge with this status, but the law is also very new. We will try to be the first."İlter said SOCAR has an investment plan in a new petrochemical plant and storage area in Turkey as part of the government's 2023 targets, stressing that public offering is not in question for the STAR.

İlter recalled that of the $6 billion of investments in the refinery, $3.3 billion was acquired from loans and $2.7 billion from equity. Explaining that the loans were obtained from 23 banks, one of which is Turkish, İlter said the project will redeem itself in 11 to 12 years.

Explaining that there is always a capacity share of 10 percent to 15 percent in the design of refineries, İlter said their first goal is to safely launch the refinery. "We will try to use this capacity to the end once the refinery is settled. There is also very convenient land on the side of Petkim," he said, adding, "There may be a capacity increase in the coming years, but our first priority is to launch the refinery in September 2018."