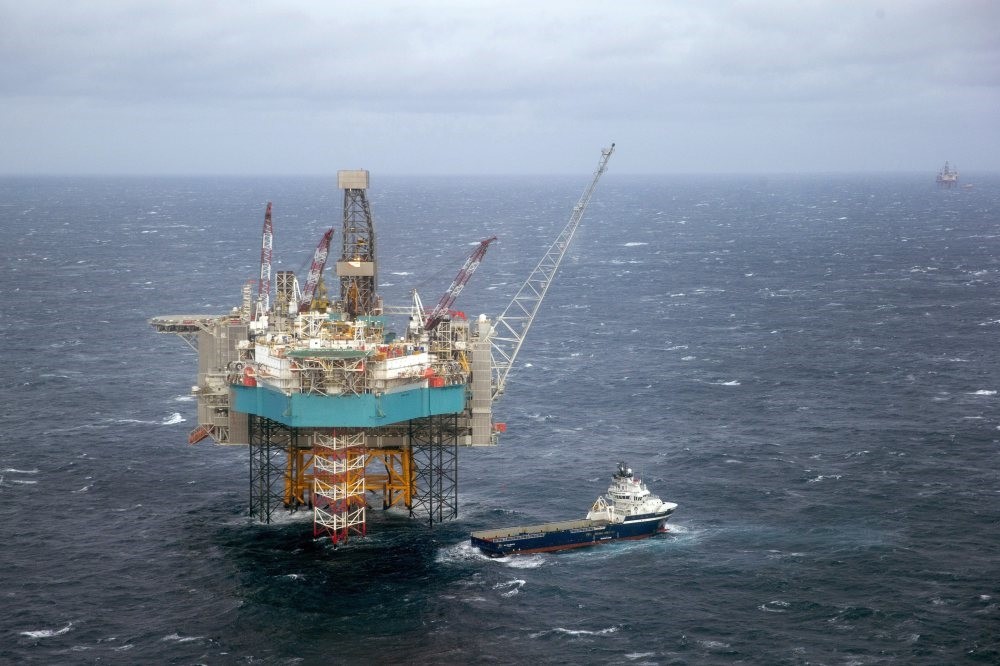 Norway wants to get rid of gasoline-fueled cars, plans to become carbon neutral by 2030 and spends billions on helping poor countries to reduce their carbon footprints.
by Nov 21, 2017 12:00 am

The move by the world's largest sovereign wealth fund to ditch its oil and gas shares bewildered stock markets and was regarded as a threat to big oil companies, yet the growing demand for hydrocarbon resources is not expected to instigate a rush from major investors to divest

The Norwegian sovereign wealth fund's proposal to ditch its oil and gas shares, though hugely symbolic in the battle against climate change, is unlikely to cause a rush to the exit by major investors in the sector in the short term.

The move by the $1 trillion fund, the world's largest, rattled stock markets, exposing what is seen as one of the biggest threats to companies such as Royal Dutch Shell, Exxon Mobil and BP as the world shifts towards renewable energy such as wind and solar.

But in the meantime, expectations of growing global demand for oil and gas for decades to come mean reliance on these companies is likely to continue.

And although the Norwegian initiative will encourage those seeking to hasten the move to a low-carbon economy, the degree to which other investors can follow the fund's example, at least in the short term, is less clear.

The European oil and gas index fell on Friday to its lowest since late September, extending declines following the Norwegian fund's announcement.

For some, it was seen as an opening shot in the decline of the 150-year-old sector in the battle to slow global warming and reduce carbon emissions, reminiscent of the demise of coal.

"The investor exit from oil and gas as a fuel source will be slower than coal, but the emissions reduction maths is clear and so this inevitable transition has started," said Nathan Fabian, director of policy at Principles for Responsible Investment (PRI), a United Nations-backed group that represents asset managers with holdings of over $60 trillion.

But other investors do not draw the same parallels.

"I do not see this as the start of a broader trend among major investors," said Rohan Murphy, energy analyst at Allianz, which holds shares in several oil majors.

"Gas, which is a big part of all the big oil businesses today, is the answer for the medium-term energy transition to gas from coal for power generation," Murphy said.

natural gas as a cleaner alternative to coal for power generation in the effort to wean the world off fossil fuels by the end of the century.

"Many wish for a quick and revolutionary role reversal between the oil and gas industry, and the renewable and new electric industry. But undue haste and an overly ideological approach could bring great economic and social damage," Total CEO Patrick Pouyanne said in a speech last month.

Also, demand for oil in transportation and plastics is not expected to decline significantly until 2050, according to many forecasts.

The Norwegian announcement came as more than 195 nations met in Bonn, Germany, to decide how to comply with climate targets agreed in Paris in 2015 to limit a rise in global temperatures.

But beyond our dependence on oil and gas, the size of the world's top oil companies would make mass divestment a huge challenge. The top five publicly traded companies - Exxon, Chevron, Shell, BP and Total - together have a market value of over $1 trillion.

Coal companies, on the other hand, have always been smaller.

For now, there is no viable alternative to oil and gas to meet the world's demand, several investors said.

"My guess is that after the initial market adjustment ... the move may not damage the sector's long-term performance significantly," said Kevin Gardiner, global investment strategist at Rothschild Wealth Management.

If approved, it would most likely take years for the Norwegian fund to unwind its large investments in the sector and find new homes for the money.

And while there is also growing demand from retail investors to invest in 'responsible' or 'sustainable' funds, oil and gas companies are not commonly excluded and any change here would be gradual.

Dropping oil and gas companies would also mean missing out on a rich source of dividend income, a prized asset at a time of low bond yields.

Three - Shell, Exxon and Gazprom - were among the top-10 dividend payers globally in the third quarter.

absolute terms, the number of oil and gas companies in leading stock indices varies, with 14 in the STOXX 600 index of leading European companies, or 2.3 percent; and 26 in the S&P 500, or 5.2 percent.

The size of some of the largest can have a disproportionate impact on returns relative to their index peers. While there are just two companies in Britain's blue-chip FTSE 100 index, for example, they make up 14 percent of the index's value.

While the Norwegian fund has long been a trend-setter for issues around socially responsible investing, particularly in Scandinavia, the reason for this decision is relatively unique.

Its desire to make treasury receipts less dependent on the oil price is not a challenge faced by most pension funds, which make up a large slice of the money invested globally.

Any decision to ditch oil and gas would arguably leave them less diversified, not more, said investors, although charitable endowments may have more flexibility to do so.