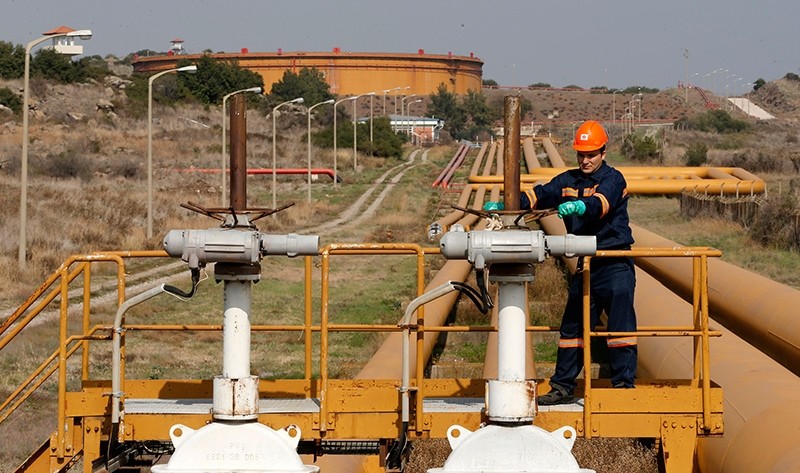 Iraq plans to build a new pipeline that will ship oil from Kirkuk's oilfields to the port of Ceyhan, on Turkey's eastern Mediterranean coast, the oil ministry said Sunday.

The new pipeline will replace an old and severely damaged section of the Kirkuk-Ceyhan pipeline. It will start from the nearby city of Baiji and span until the Fish-Khabur border area with Turkey, the ministry said in a statement.

"The old pipeline has been severely damaged due to the repeated subversive operations of Daesh gangs," oil ministry spokesman Asem Jihad said, adding: "Specialized companies will be invited soon for presenting tenders."

Iraq has been in talks with Turkey over exports of oil drilled from Kirkuk through Ceyhan since the beginning of November.

The territory in which the Kirkuk-Ceyhan pipeline ran was taken by Daesh terrorist group in 2014 and subsequently recaptured by U.S.-backed Iraqi forces over the past two years. Unidentified attackers on several occasions blew up the strategic Kirkuk-Ceyhan oil pipeline in Iraq's northern Kirkuk province.

Exports from oilfields in Kirkuk have been on hold since Iraqi government forces took control of them from the Kurdistan Regional Government (KRG) last month in retaliation for a Kurdish referendum on independence which was widely opposed by Turkey, Iran and Western powers.

Iraq is the second-largest crude oil producer in the Organization of the Petroleum Exporting Countries (OPEC) after Saudi Arabia, and holds the world's fifth-largest proven crude oil reserves after Venezuela, Saudi Arabia, Canada, and Iran, according to the U.S. Energy Information Administration (EIA).