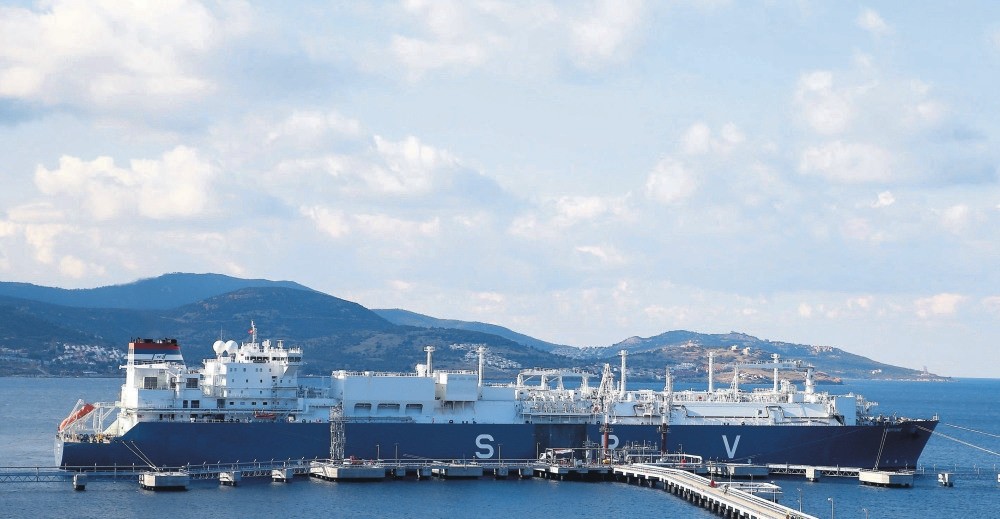 With work underway at two LNG terminals, additional floating LNG storage and regasification units, Turkey will have the highest regasification capacity in Europe by adding 21 billion cubic meters to its current capacity by 2019

Turkey will have the highest regasification capacity in Europe by 2019, the Gas Infrastructure Europe's (GIE) LNG Map and Database 2018 revealed yesterday.

Currently, there are 32 LNG terminals on the continent with an annual gasification capacity of approximately 228 billion cubic meters.

GDF Suez Neptune, Turkey's first floating LNG storage and regasification unit (FSRU), was commissioned in İzmir last December. The second FSRU in Dörtyol, Hatay will start operations in January 2018 while a third in Saros Bay on the north Aegean Sea will open the same year. The FSRU in Hatay will have a daily regasification capacity of 20 million cubic meters.

These two terminals will add an approximate 15 billion cubic meters of gas annually to the system.

As part of the ongoing operations to expand capacity at the LNG terminals Egegaz and Marmara Ereğlisi as well as with two FRSUs, the figure will nearly double, reaching 117 million cubic meters.

LNG to represent 90 pct of

"The energy sector is undergoing a transformation to a lower carbon energy future like never before. Policy attention is given to air quality, global emissions, and accelerated energy transition post-COP21. Natural gas is the least emitting air pollution fossil fuel and as well as the best complement to variable renewables [wind, solar] thanks to the high flexibility of the gas-fired power plants," the GIE said in a statement.

Natural gas can deliver solutions to address climate change and make a clean future a reality as it produces at least 40 percent less greenhouse gas emissions than coal when generating electricity, the GIE noted.

LNG, the supercooled natural gas, is essential in helping clean energy transitions and once regasified, LNG is also a clean alternative fuel for marine, waterway and road transport, the association underlined.

"Rapid developments in this sector are seen on the horizon. According to the International Energy Agency, LNG is expected to make up almost 90 percent of additional gas trade by 2040. Gas LNG Europe [GLE] members welcomed the Paris Agreement and they are convinced that the LNG industry can help turn words into action and meet the COP21 commitments," the organization concluded.