2,130 MW wind power plants to be established in 32 locations across Turkey 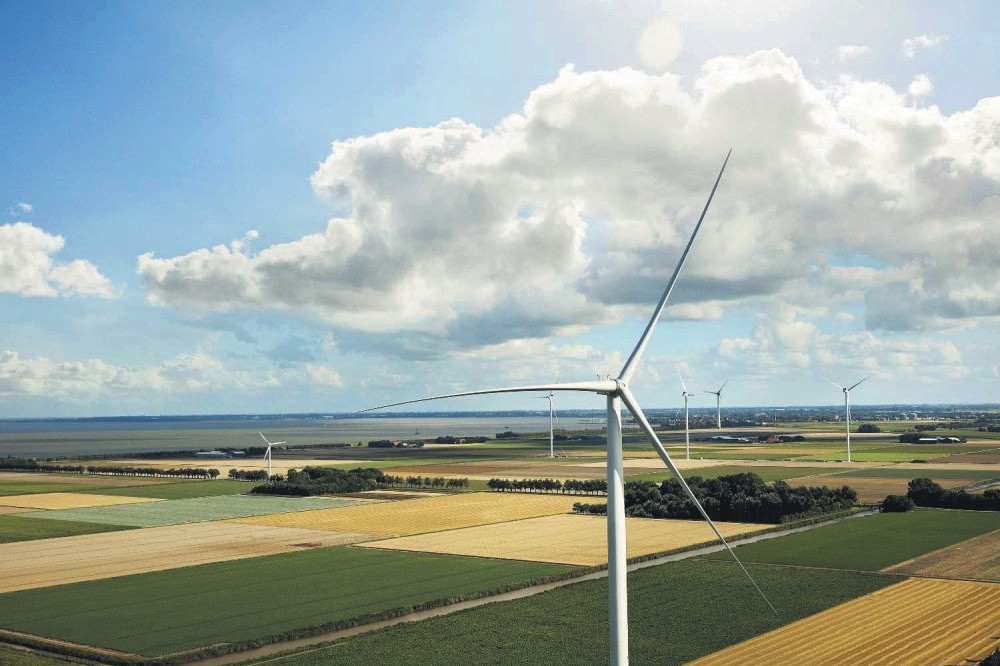 Committed to increasing the share of domestic and renewable resources in energy generation, Turkey launched another series of wind power contracts and once the four-day bidding process ends megawatts will be added to the existing capacity

The first round of wind power tenders to establish wind power plants across Turkey, which was closely monitored by Energy and Natural Resources Minister Berat Albayrak, was completed yesterday. On the first day of tenders, which will run through Dec. 29, bids for 430 megawatts (MW) of wind power were collected for eight regions, while 110 energy firms participated in the tender. During the four-day tender, an aggregate amount of 2,130 MW of wind power capacity will be auctioned, and plants will be established in 32 different points across Turkey. On June 21-23, pre-licenses for 710 MW of wind power capacity in 11 regions were issued by the Turkish Electricity Transmission Company (TEİAŞ).

While 110 companies sent their bids for eight regions with a total wind power capacity of 430 MW, the companies with winning bids according to region are as follows:

Turkish Wind Energy Association (TÜREB) Chairman Mustafa Serdar Ataseven said that 2017 was a productive year in terms of wind energy, recalling that a $5 billion investment will be realized for the 4,000 MW bidding this year along with the 1,000 MW tender held for the Renewable Energy Resource Area (YEKA) throughout the year in wind.

"Pre-licenses will be received after the bidding, and the process for construction permits will begin. Wind plant operations of the companies that won tenders will be commissioned within a period of approximately three to four years," Ataseven said.

By the end of 2016, the installed capacity of wind energy plants in operation was 5,751 MW, according to the Energy Ministry data.

Wind power plants are to be developed as part of the Renewable Energy Resource Zone (YEKA) project, which was devised and developed by the Ministry of Energy and Natural Resources to expand the share of domestic resources in energy and decrease Turkey's dependency on external resources.

Accordingly, in early August, a Turkish-German consortium, consisting of Siemens Gamesa-Türkerler-Kalyon, won the tender for wind power renewable energy areas by offering $3.48 per kilowatt hours (kWh), which was $10.3 per kWh for wind power.

The investment has boosted the country's installed capacity from 146 megawatts (MW) in 2007 to its current 6,500 MW.

By the end of the year, plans to generate 1 gigawatt (GW) under the Turkish Renewable Energy Resource Zone (YEKA) project, along with a number of finalized wind energy tenders to generate another 3 GW, will push investments in the sector to $5 billion in 2017 alone.

Among the Turkish cities, İzmir on the Aegean coast ranked first with 1,333 MW of total installed capacity. It was followed by Balıkesir in the Marmara region with 1,069 MW, and Manisa with 650 MW.

Currently, some 158 wind energy companies operate in the country and 32 projects with an installed capacity of 808 MW were under construction.

According to recent data, Turkey generates 8 percent of its electricity from wind energy. TÜREB President Mustafa Serdar Ataseven said Turkey boosted its wind energy capacity and attracted a substantial amount of foreign and local investments over the last five years.

"With the addition of another 2,130 MW to our installed capacity, to be finalized by the end of the year, a significant contribution to Turkey's wind market will be realized," he said. "After finalizing the tenders and YEKA project, Turkey's wind capacity will grow by around 4 GW in roughly three to four years."

He said for the sustainability of Turkey's expanding wind energy sector, the country should make use of private investment to meet the growing demand.

"Despite the investments and tenders, there will be an investment and capacity gap between 2018 and 2019," he said. "In order to meet demands, investors who have environmental impact assessment reports and electricity generation licenses should be provided with more electricity capacity to grow their investments and installed capacity." According to the General Directorate of Renewable Energy studies, Turkey's techno-economic wind energy potential of 48 GW but currently, only 11 GW of project stock is available. Turkey currently has an 11 GW of wind power stock available and has set a national target of 20 GW of installed capacity by 2023. The country's total energy target for 2023 is 100 GW.