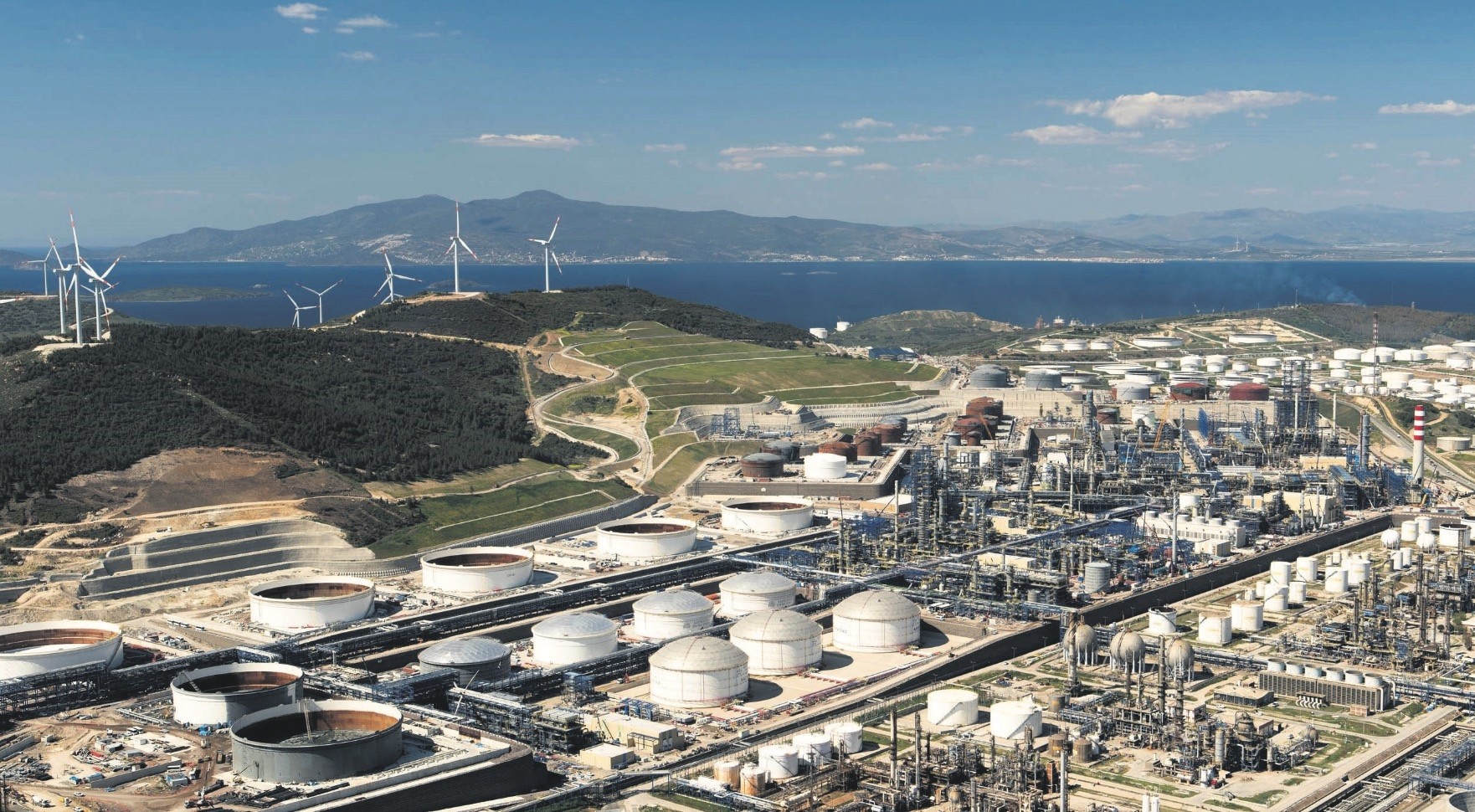 SOCARu2019s Star Rafinery in u0130zmir is the largest foreign direct investment in Turkey made for a single project as it has drawn $6 billion.
by Daily Sabah with AA Jan 03, 2018 12:00 am

Set to be comissioned in September of this year, SOCAR's $6 billion refinery in İzmir, which will enable Petkim to meet 100 percent of its raw materials requirement, will pave the way for new investments

Mammadov pointed out that 2018 seems to be riskier than 2017 in terms of the market and that fluctuations are expected in the prices of petrochemical products. The holding boss said that being as independent as possible from these market conditions will protect Petkim from risks.

"The fact that the STAR Refinery, a subsidiary of SOCAR Turkey, will be commissioned in 2018 is very important to us in this regard. STAR Refinery is a very strategic facility. Today our need for naphtha, our basic raw material, is about 2 million tons per year," Mammadov said.

He highlighted that the demand for raw materials in such a large quantity is accompanied by the risk of being affected by many variables, but that Petkim's 100 percent raw material requirement will be met after the STAR Refinery is commissioned.

"This will strengthen our hand and pave the way for new investments," he continued. "The STAR Refinery will also provide different advantages, such as the common infrastructure and service utilization. With all of this, 2018 will open up new opportunities for us."

Mammadov noted that thanks to the STAR Refinery, Petkim will significantly save on input costs as well as gain the opportunity to increase productivity further.

He also suggested that the integration efforts between STAR Refinery and Petkim will create numerous opportunities for synergy and that the profitability of both companies will be positively affected by this.

"The strong financial results that we announced consecutively increase the confidence in Petkim and investor interest and offer us the opportunity to issue high-quality and long-term bonds abroad," he noted.

"We want Petkim to be represented in the STAR Refinery management. This investment plan lies behind the goal of our recent $500 million bond issue," he said.

Speaking to Anadolu Agency (AA) regarding Petkim's past activities and plans for next term, Mammadov said Petkim's net profit in the third quarter of 2017 increased by 169 percent to TL 372 million ($98.76 million) compared to the same period of the previous year.

He stated that interest, depreciation and pre-tax profits increased by 145 percent to TL 424 million and that net sales stood at TL 1.8 billion after catching 96 percent production capacity in the third quarter.

The Petkim Holding director general said they exceeded the export figures realized in the previous year as of the third quarter of 2017, recalling that their exports increased by 66 percent to $544 million in the said period.

"I think other factories of Petkim will be affected positively and that the positive results will reflect well in the annual figures because the factories of ethylene and aromatics in which naphtha is processed work in very high capacities," he said.

Mammadov stressed that their most important goal in 2018 in this framework will be to maintain the positive results they have achieved.

He said digitalization is an important part of Petkim's recent investment plans, and that companies that cannot keep up with the developments in the field of digitalization in the current competitive environment will fall behind in the competition.

He also stated that within the scope of Petkim, they opened the position of deputy director general for digitalization and technology.

"We will continue to invest in the field of digitalization with a team we will form in this field. We want to have a say in this area by spreading digitalization and advanced technologies throughout Petkim. I think this transformation will give us agility, ability to make fast and proactive decisions, and the opportunity to focus on value-added and productive work," he continued. "In the decisive steps we will take in this issue, budgetary constraints will not be an issue, and I can say that we have allocated the share that it deserves. Our goal is to turn Petkim into the leading digital petrochemical company of Turkey and Azerbaijan."

One of the largest energy investments Turkey has seen in the last decade was made by SOCAR, which began investing in Turkey when the company acquired the country's leading petrochemical company Petkim in 2008 for $2 billion.

Now, the company is preparing to unveil the STAR Refinery in the Aliağa district of İzmir in September 2018. A $6 billion investment, the STAR Refinery is the largest foreign direct investment (FDI) made in a single location. One of the most expansive oil operations in Europe, the Middle East and Africa, the STAR Refinery will have a capacity to process 10 million tons of crude oil per year and manufacture imported goods in Turkey.