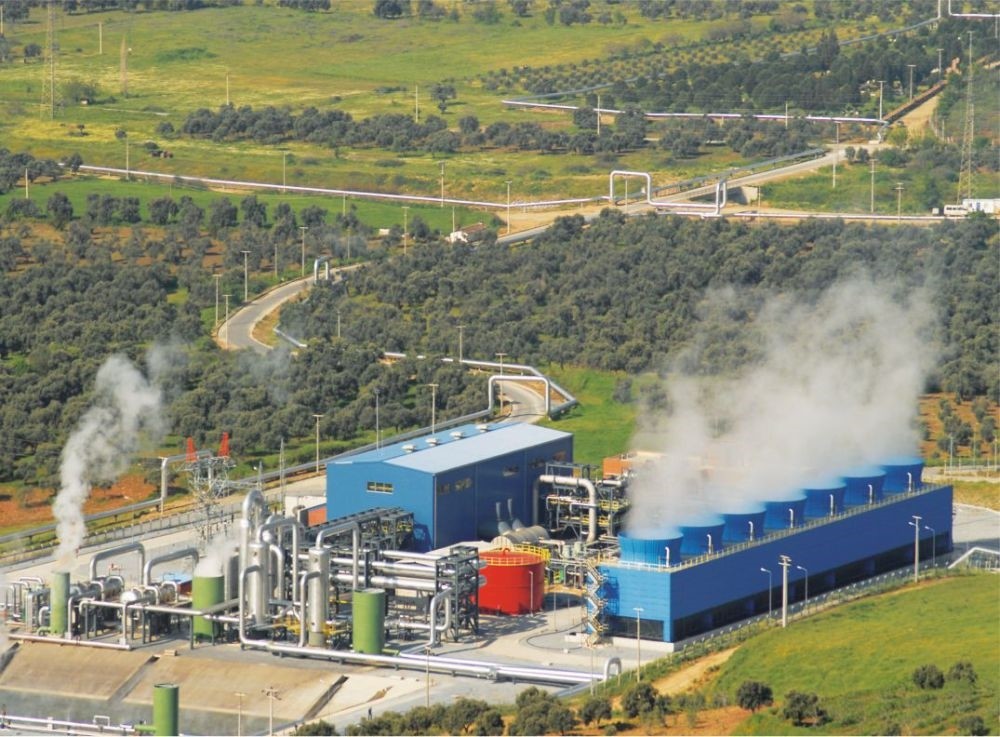 With an installed capacity of 1,1000 megawatts, Turkey has the fourth largest geothermal power capacity in the world.
by Daily Sabah with AA Jan 11, 2018 12:00 am

Turkey, an energy importing country, has been determinedly investing in domestic and renewable resources over the years to decrease dependency on external resources for power generation. As much as the results have been very promising with mega-scale investments in wind and solar power, Turkey is also a global actor in utilizing its geothermal resources. Continuous efforts have led to Turkey ranking fourth in the world for the largest installed geothermal power capacity. Association of Geothermal Power Plant Investors (JESDER) Chair Ufuk Şentürk emphasized the continuous expansion of installed geothermal power in Turkey.

"While installed capacity in 2016 was 460 megawatts [MW], an additional $1.4 billion investment raised the capacity to 1,100 MW," said JESDER Chair Ufuk Şentürk. Total installed power capacity places Turkey in the fourth rank after the U.S., the Philippines and Indonesia.

"Turkey's installed geothermal capacity was 706 MW in 2016. Last year, an investment of $1.4 billion raised the capacity to 1,100 MW. Turkey ranks fourth in global geothermal power after the U.S., the Philippines, and Indonesia," Şentürk said. Geothermal power is a domestic, sustainable energy resource with low carbon emissions. But its discovery and utilization poses some difficulties and risks, he indicated. "Therefore," he said, "state incentives are of great importance. We know that the YEKDEM system finishes by 2020 but the sector asks for its continuation at least for geothermal power plants."

Şentürk stressed that the continuation of investments depends on the YEKDEM mechanism. "If YEKDEM does not continue, investments will be cut like a knife," Şentürk said, adding that turnaround times for investments have exceeded the average levels of the past decade with the deepening of wells and the increase in the risk of exploration and costs.

Şentürk mentioned that they do not receive excise duty and value-added tax from fuel used in oil drilling work and that they want to apply the same practice to geothermal energy as well.

Şentürk said the thermal equivalent of energy obtained from geothermal energy wells is higher than that obtained from oil wells. "For example, if the capacity of the well from which the geothermal energy is generated is 4 MW, you cannot get the same power from the petroleum obtained from the oil drilling during which the same amount of fuel is used," Şentürk said, highlighting that geothermal is a renewable and sustainable energy resource, while oil is exhaustible. "Taking these factors into consideration, excise duty and value-added tax exemption support for the fuel used in drilling should also be given to geothermal investors," he noted.