EU more dependent on Russian gas despite bid to diversify 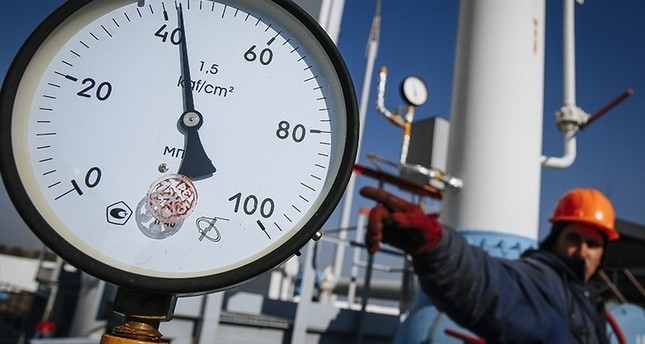 Despite repeatedly vowing to reduce its energy dependency on Moscow, Europe is more reliant on Russian gas than ever before - and there are few signs of this trend reversing. Russian gas giant Gazprom said this month it had completed record deliveries towards Europe and Turkey in 2017 at a total of 193.9 billion cubic metres - 8 percent higher than its previous record, set in 2016. This result was not only a financial victory for the company, whose exports are its main source of profit, but also a political one at a time when diplomatic relations between Russia and the European Union are at their worst since the Cold War. The numbers "show the increasing demand from European countries for

Russian gas, but also the reliability of these deliveries in the required amount," Gazprom Chairman Alexei Miller said. Deliveries to Germany and Austria reached a historic high and exports to France rose by 6.7 percent compared to 2016, according to Gazprom's figures.

Brussels set goals to diversify its energy sources following a series of gas crises between Moscow and Kiev that affected deliveries to Europe. But the percentage of Russian gas in Europe has only increased in recent years and now represents a third of the total gas consumption in the EU. That goal was reinforced by tensions between Brussels and Moscow

following the start of the Ukrainian crisis in 2014 that led to fears of Moscow using its gas leverage for geopolitical means. Meanwhile, diversification became easier to achieve with the development of the market for liquefied natural gas (LNG), which is transported by ship rather than pipelines, allowing for the import of supplies from Qatar and even the United States. However a number of factors have worked to push up consumption of Russian gas.

According to Valery Nesterov, an oil and gas analyst at Russian bank Sberbank CIB, EU demand for gas is rising due to "economic recovery" in Europe and thanks to gas prices being "more competitive" than those of coal.

Other reasons pushing up demand include cold winters, the decline of European (mainly Dutch) gas output and the closure of nuclear power plants, such as in Germany. If Nesterov envisages a possible reduction of Russian exports to EU this year after record results in 2017, he nonetheless says the general tendency will not change: "Gazprom will likely keep its market share in the EU."

Strong European demand has allowed Gazprom to increase production after weak results in recent years due to a decline of its market share on its home market and the loss of Ukraine, an important client which stopped buying Russian gas in 2015. Gazprom is also looking to develop new pipelines with the support of major European companies to maintain its part in the market. But the EU is wary.

Brussels blocked South Stream, a Russian project to ease exports to southern European nations, and has been resisting other projects such as TurkStream, a pipeline planned via Turkey, and North Stream 2, via the Baltic Sea, which Gazprom justifies as necessary for the increased European demand in the future.

"A sort of schizophrenia exists between Europe's diplomacy and its market. The market chooses the cheapest gas to produce and use in Europe, which is Russian gas. Europe is said to be too dependent but nothing has been done to change this," said Thierry Bros, researcher at the Oxford Institute for Energy Studies. Diversification for the EU is prevented by a simple obstacle, said Thierry Bros: it "requires additional costs and the question is: who is going to pay?"