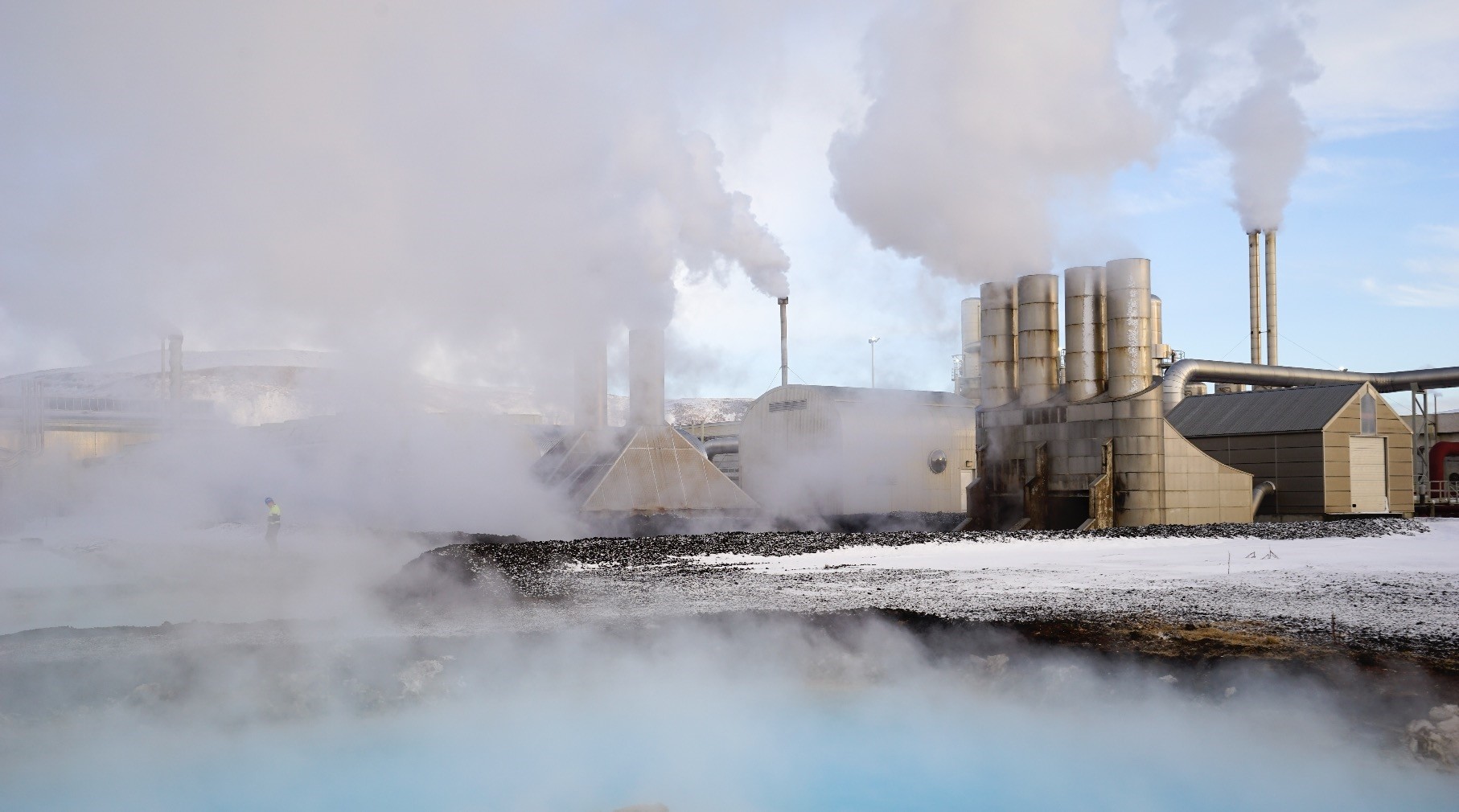 Large clouds of steam rise into the sky from the Svartsengi geothermal power station in Grindavak, Iceland.
by Associated Press Feb 12, 2018 12:00 am

Iceland is expected to use more energy mining bitcoins and other virtual currencies this year than it uses to power its homes. With massive amounts of electricity needed to run the computers that create the precious bitcoins, large virtual currency mining companies have established a base in Iceland, a chilly North Atlantic island blessed with an abundance of renewable energy from geothermal and hydroelectric power plants. The relatively sudden growth of the new industry has prompted Smari McCarthy, a lawmaker for Iceland's Pirate Party, to suggest taxing the profits of bitcoin mines. The initiative is likely to be well received by Icelanders, who are skeptical of speculative financial ventures after suffering a catastrophic banking crash in 2008.

"Under normal circumstances, companies that are creating value in Iceland pay a certain amount of tax to the government," McCarthy told The Associated Press. "These companies are not doing that and we might want to ask ourselves whether they should."

The energy demand has developed because of the soaring cost of producing virtual currencies. Computers are used to make complex calculations that verify a running ledger of all the transactions in virtual currencies around the world. In return, the miners claim a fraction of a coin not yet in circulation. In the case of bitcoin, a total of 21 million can be mined, leaving about 4.2 million left to create. As more bitcoin enter circulation, computers need to get more powerful to keep up with the calculations - and that means more energy.

The serene coastal town of Keflavik on Iceland's desolate southern peninsula has over the past months boomed as an international hub for mining bitcoins and other virtual currencies.

Local fishermen, chatting over steaming cups of coffee at the harbor gas station, are puzzled by the phenomenon, which has spawned oversize construction sites on the outskirts of town.

Among the main attractions of setting up bitcoin mines here, at the edge of the Arctic Circle, is the natural cooling for the computer servers and the competitive prices for Iceland's abundance of renewable energy.

Johann Snorri Sigurbergsson, a business development manager at the energy company Hitaveita Sudurnesja, said he expected Iceland's virtual currency mining to double its energy consumption to about 100 megawatts this year. That is more than households use on the island nation of 340,000, according to Iceland's National Energy Authority.

"Four months ago, I could not have predicted this trend - but then bitcoin skyrocketed and we got a lot more emails," he said at the Svartsengi geothermal energy plant, which powers the southwestern peninsula where the mining takes place.

"Just today, I came from a meeting with a mining company seeking to buy 18 megawatts," he said. At the largest of three bitcoin "farms" currently operating within Keflavik - called "Mjolnir" after the hammer of Thor, the Norse god of thunder - high metal fences surround 50 meter-long (164 foot) warehouse buildings stacked with computer rigs. The data centers here are specially designed to utilize the constant wind on the bare peninsula. Walls are only partial on each side, allowing a draft of cold air to cool down the equipment.

"What we are doing here is like gold mining," said Helmut Rauth, who manages operations for Genesis Mining, a major bitcoin mining company. "We are mining on a large scale and getting the gold out to the people."

Genesis Mining, founded in Germany, moved to Iceland in 2014 when the price of bitcoin fluctuated from $350 to $1000. Today, one bitcoin is valued at about $8,000, according to tracking site Coindesk, after peaking at almost $19,500 in December. The currency took a hit in January when China announced it would move to wipe out its bitcoin mining industry, following concerns of excessive electricity consumption. Rauth said bitcoin should not be singled out as environmentally taxing. Computing power always demands energy, he argues.