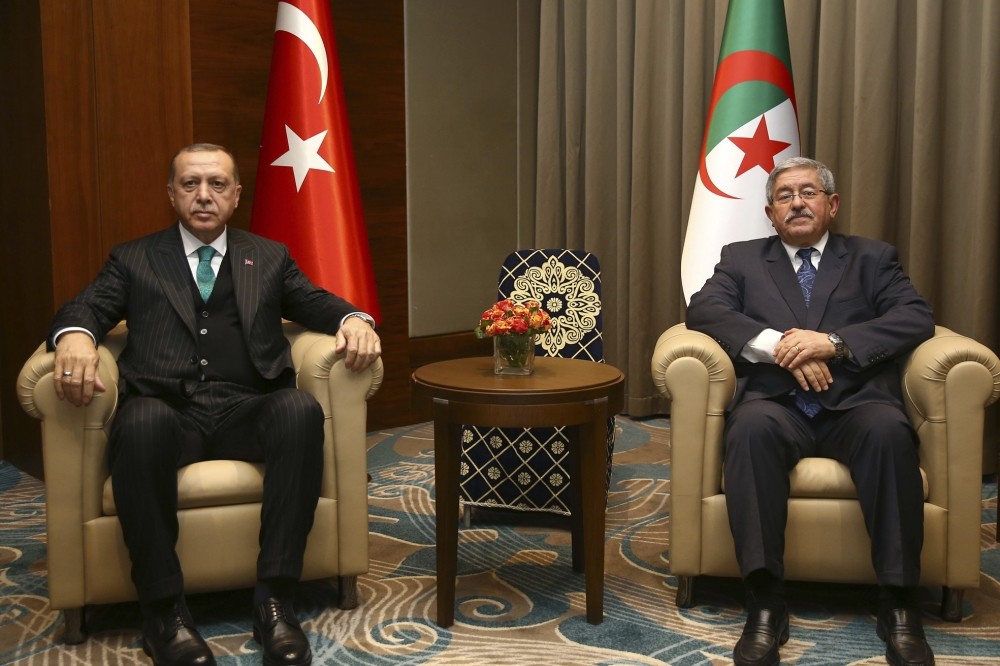 While in Algeria, President Erdoğan emphasized the common will to enhance economic and commercial relations and his visit capped off a $1 billion petrochemical investment project in Turkey that will be delivered by Turkish and Algerian firms

Turkey's trade volume with Algeria is currently around $3.5 billion, which is not considered to reflect its true potential. With a view to increasing trade to $10 billion, the two countries have committed to an energy partnership project. Two Turkish firms inked a $1 billion agreement with Algeria's state-owned energy and chemicals group Sonatrach to establish a polypropylene production plant in the Yumurtalık district of Turkey's southern province of Adana. Over the last 10 years, President Recep Tayyip Erdoğan has paid more than 30 visits to 28 African countries, the most of any Turkish president.

The high-level visits from Turkey to African countries have shown Turkey's dedication to its African Initiative program, which has profoundly transformed political and economic ties with African countries. For the most recent high-level visit to multiple countries, Erdoğan on Monday embarked on a five-day, four-country trip to Algeria, Mauritania, Senegal and Mali. Accompanied by a group of 200 businesspeople, Erdoğan is scheduled to attend three business forums, the first of which was held yesterday in Algeria. The forum was attended by 600 Algerian businesspeople and investors.

Speaking at the Turkey-Algerian Business Forum, President Erdoğan elaborated on Turkey's economic performance over the past 15 years as well as Turkish-Algerian economic ties.

Erdoğan said that Turkey and Algeria have a bilateral trade volume of $3.5 billion and that it needs to be raised to $5 billion at first and then to $10 billion. To achieve that goal, he said energy cooperation is the most important and requires immediate action.

In accordance with that goal, two Turkish companies signed an energy agreement with an Algerian energy company.

"Algeria's state-run energy and chemicals company Sonatrach and two leading Turkish firms, Rönesans and Bayegan, signed a deal for a $1 billion petrochemical investment in the Yumurtalık free economic zone, in the southern Turkish city Adana," Erdoğan said. He later said the plant will produce 450,000 tons of polypropylene per year and the raw material will be imported from Algeria.

"Once the plant starts operating, a significant problem regarding Turkey's current account deficit will be overcome and Turkey will reduce dependence on external resources in raw materials for energy by 25 percent," he added.

He said that Turkish companies are among the firms that provide the most employment in Algeria. With more investments the employment contribution would be higher.

"We will encourage our businesspeople to invest in agriculture, tourism, food and energy, which the Algerian government prioritizes," Erdoğan said, adding that the easier Turkish businesses can engage in investments projects in Algeria, the quicker the trade volume will increase.

He also drew attention to the great investment opportunities in agriculture in the country, calling Turkish investors to act.

Recalling that seven agreements were signed between Turkish and Algerian ministers on Monday, Erdoğan said it was urgent to hold a Joint Economic Commission (JEC) meeting.

Delivering a speech at the business forum, Algerian Prime Minister Ahmed Ouyahia said that Turkey and Algeria want to improve relations in all spheres and particularly assign a privileged status to economic ties.

Ouyahia said that Turkey ranks seventh in the country's import resources, citing that the bilateral trade volume has neared $4 billion.

"Turkey's businesspeople have been contracted the fourth-most projects with investments of $3.5 billion by 2015," he added.

Turkey and Algeria signed a number of agreements late Monday in the Algerian capital with the Turkish president and Algerian prime minister in attendance. President Erdoğan met Prime Minister Ahmed Ouyahia at a hotel in Algiers and a ceremony was held afterward for the signing of several agreements between the two countries.

Turkey and Algeria's foreign ministers signed a memorandum of understanding on cooperation between Turkey's Foreign Ministry Diplomacy Academy and the Algerian Foreign Ministry's Diplomatic and International Relations Institute. Another memorandum of understanding regarding cooperation in agriculture was signed by the two countries' agriculture ministers. The culture ministers of both countries signed a cooperation protocol to utilize common cultural heritage between Turkey and Algeria.

Other agreements included cooperation on hydrocarbons and a cooperation protocol on a Turkology project signed by Turkey's Yunus Emre Institute and Algeria's Setif-2 University.