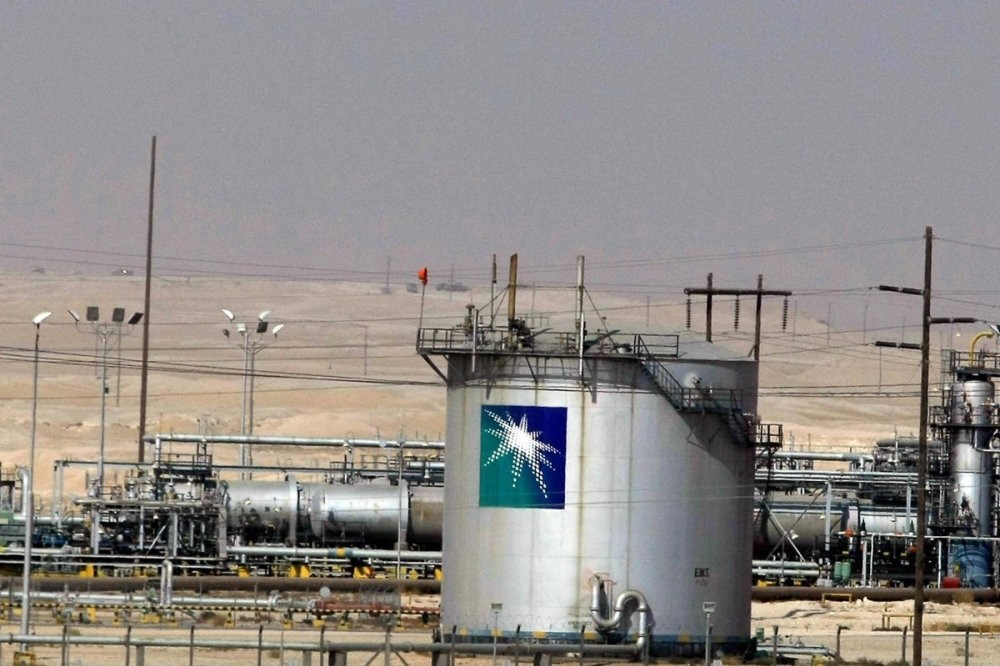 In his upcoming trip to Western countries, Saudi Crown Prince Mohammad bin Salman is expected to negotiate the listing of oil giant Aramco on the London and New York stock markets

Saudi Crown Prince Mohammed bin Salman's upcoming trip to Britain and the United States could shape the decision on where to list oil giant Aramco, at a time when sources say the chances of London and New York hosting the IPO appear to be receding.

The two leading financial centers have long been the clear frontrunners to host the international leg of the flotation, alongside a Riyadh listing.

Yet this may no longer be the case as Hong Kong is emerging as an increasingly likely compromise because Riyadh wants to help Asian nations that are expected to become "cornerstone" investors, including China and Japan, according to two sources familiar with the matter. To be sure, both London and New York are still in the running, but their requirement for greater disclosure of sensitive information on Aramco than the Hong Kong exchange is viewed as a drawback by some Saudi officials and advisers, the sources said.

A final decision has yet to be made by Prince Mohammed, who oversees the kingdom's economic and oil policies, the sources said. The complexity of the listing, legal worries and conflicting recommendations of the different advisers have delayed decision-making, they added.

Saudi Aramco said it was still reviewing its international listing options, and that no decision had been made, but declined to comment further.

Hong Kong Exchanges and Clearing, the city's exchange operator, said: "Hong Kong is well positioned for the listing of Aramco. We have not received any indication of how the company is likely to proceed with its international listing plan."

Prince Mohammed will arrive in London on Wednesday for talks with British Prime Minister Theresa May and other senior ministers in his first trip to Britain since being named heir to the throne last summer.

He is expected to travel to the United States from March 19 to the first week of April, where he will meet U.S. President Donald Trump, and make stops in New York, Boston, Houston and San Francisco among other cities.

Both May and Trump want to attract the IPO, which could be the largest in history. Senior Saudi officials, including Energy Minister Khalid al-Falih and Aramco CEO Amin Nasser, are likely to accompany the crown prince on his foreign tour.

Britain has proposed loosening rules on listing state companies by creating a new category for such firms to accommodate Aramco.

In November, Trump publicly appealed for Saudi Arabia to list Aramco's shares in the United States, describing the listing as a priority for Washington.

The U.S. visit will give the Saudis a chance to discuss the IPO on a senior level, according to two separate sources familiar with the trip.

Prince Mohammed has said Aramco is worth $2 trillion, meaning the listing of about 5 percent of the company could raise $100 billion.

He himself favors New York for Aramco's main foreign listing for political reasons, given the longstanding ties between Riyadh and Washington and also because it gives the company access to a larger pool of capital, the first two sources said.

However, as well as the high disclosure requirements, the company's advisers have warned about litigation risks associated with the U.S. Justice Against Sponsors of Terrorism Act, or JASTA, the sources added. The law allowed lawsuits to proceed against the Saudi government claiming it had helped to plan the Sept. 11, 2001 attacks. Riyadh denies the allegations.

In Britain, meanwhile, the moves by regulators to loosen rules on listing state companies have been met with resistance from some politicians. The head of an influential parliamentary committee said on Monday that such efforts could cost London its reputation for good corporate governance.

Saudi authorities have said they intend to list Aramco in Riyadh and on one or more foreign exchanges. The IPO is the centerpiece of a Saudi economic reform plan, known as Vision 2030 and championed by Prince Mohammed, to diversify the economy beyond oil.

But the IPO plan has caused misgivings among some Saudi officials and Aramco employees who believe Riyadh is relinquishing its crown jewels to foreigners and would like the whole idea to be shelved, sources have previously said.

Bankers and analysts say Riyadh needs to list Aramco on either New York or London to show it is serious about its economic reforms and a willingness to attract foreign investment after an anti-corruption crackdown last November that led to the detention of several businessmen unnerved some investors.

"If the Aramco deal is going to have any credibility a listing on either New York or London has to happen," said a senior Gulf-based banker familiar with the IPO process.

"Anything else will not cut it for international investors, in terms of transparency and corporate governance."

The decision on the listing venue must be taken by March or April at latest if the IPO is to be carried out in October or November, otherwise it could be delayed until 2019, sources familiar with the IPO discussions have said.