US oil production to rise again in 2018, OPEC says 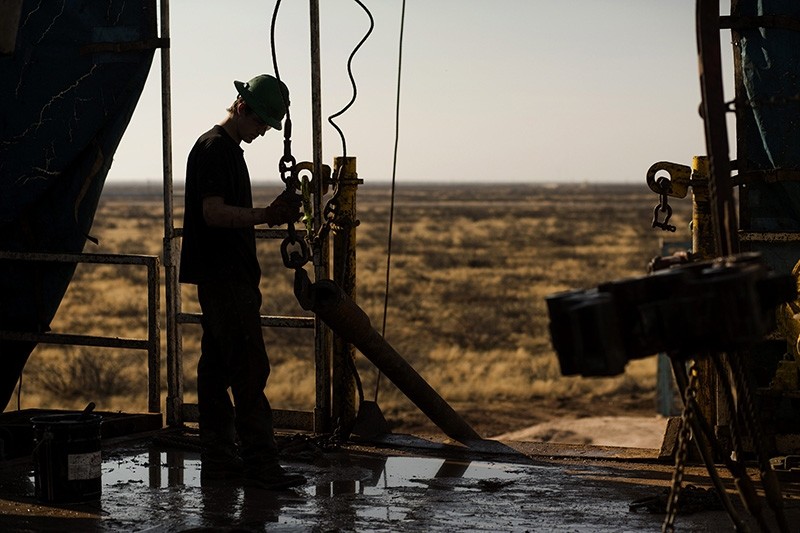 U.S. oil production is set to rise further this year, OPEC said Wednesday, but the crude market will continue to rebalance as cartel members and Russia trim their output in a bid to support prices.

The U.S. supply increase is expected to come as the Organization for Petroleum Exporting Countries, dominated by oil giant Saudi Arabia, works with Russia to slash output after prices for crude plummeted to around $30 per barrel in 2016 from over $100 two years earlier.

Shale oil -- which accounts for the majority of U.S. supply -- is expensive to produce, and is therefore unprofitable when prices are low.

Now that crude prices are safely back up at well over $60 per barrel, American companies are taking advantage.

Other shale producers such as Britain, Canada, Brazil and China are also expected to boost output, OPEC said in its monthly report.

Non-OPEC members are set to produce 59.53 million barrels per day (bpd) in 2018, the cartel said, revising its previous estimate upwards by 0.28 million bpd.

OPEC countries will meanwhile continue to honor their 2016 agreement to keep supply low, they said.

The United Arab Emirates, Iraq and crisis-hit Venezuela pumped less oil in February than the month before, while Angola and cash-strapped Nigeria produced more.

On the demand side, OPEC revised higher its expectations.

With global economic growth strong at 3.8 percent, oil demand will be strong this year, OPEC said, particularly in China.

"The current healthy momentum in the global economy, together with the efforts undertaken by the OPEC and non-OPEC oil producing countries ... is supporting the rebalancing of the oil market fundamentals," the report said.